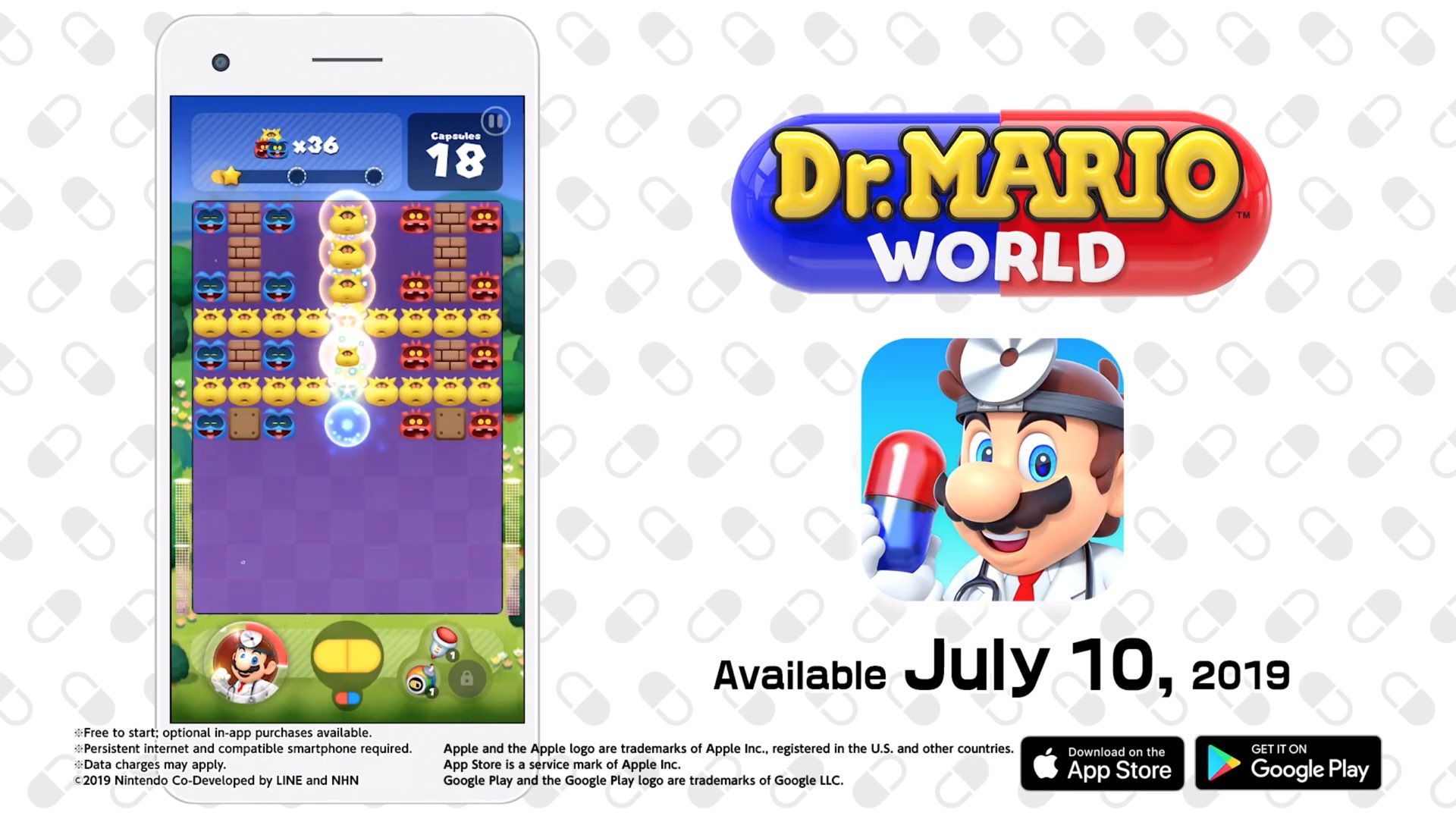 Nintendo officially announced its newest mobile game, Dr. Mario World, back in January. And now the game is available for iOS devices.

As expected, Dr. Mario World is a natural evolution of the original game, but with a few mobile-focused elements — including in-app purchases. However, the game is free to download up front, and there are five different worlds to explore right out of the gate. Nintendo says new levels will be added at a later date.

Nintendo opened pre-orders for the game back in June, so if you pre-ordered the title it should automatically download onto your device (as long as you have Automatic Downloads switched on).

The title shares the primary elements of its console-based brethren. That means players will be tasked with launching capsules onto the board to destroy viruses, matching three objects of the same color to make them disappear. Players only have a limited number of capsules per level, so planning is still a part of the game.

As mentioned above, Dr. Mario World is free to download, but it does include in-app purchases. The game also includes a multiplayer component, letting you take others on in one-on-one battles.

Of course, Nintendo has another high-profile title coming to mobile devices later this year, with Mario Kart Tour coming down the pipe, a new mobile game inspired by the mega-popular Mario Kart series.

Are you planning on trying out the new Dr. Mario World?