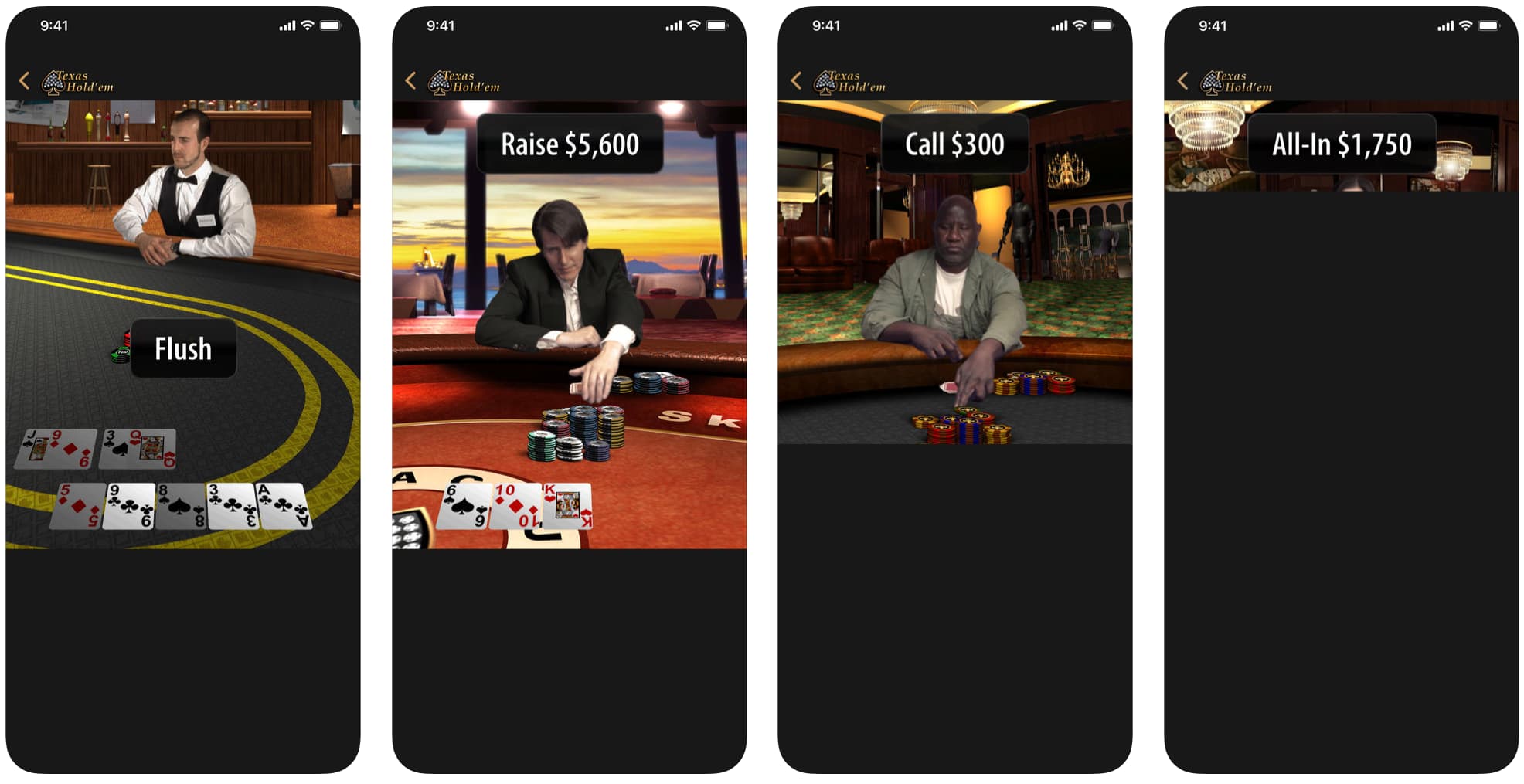 In what can only be considered a surprise move, Apple has decided to bring back Texas Hold’em for iOS devices.

On Monday, in light of the 10th anniversary of the iOS App Store, Apple has brought back one of its classic games: Texas Hold’em. But the company isn’t just resuscitating the old game itself and calling it good. No, the title has been updated with better graphics, new characters, and expanded gameplay.

Apple’s Texas Hold’em is back! To celebrate the 10 year anniversary of the App Store, we’ve brought back one of its first games, a popular classic. Originally created for iPod, then brought to iPhone, fans will love the polished redesign, featuring new characters, more challenging gameplay, and stunning graphics for the newest iPhone and iPod touch. Players will also love that it’s free to play—for the very first time.

There are 24 “realistic opponents” in the game, or you can play with other real players over WiFi. There are a variety of locales to play in, and the game will get more difficult as you play against computer opponents. Here are the major features Apple lists for the game:

Apple originally launched its mobile cards game back in 2006 for the iPod. Eventually it would make its debut in the App Store.

Texas Hold’em is free to download and install. What’s better, Apple does not indicate there are any in-app purchases, either. Do you plan on trying it out?