If you’re using either the iOS 11-based Electra jailbreak or the iOS 12-based Chimera jailbreak, each published by the Electra Team, then you just might have some exciting news ahead.

The Sileo Team announced just this morning that an upcoming slew of updates to the Sileo package manager will migrate the app from an Objective-C backbone to Apple’s Swift programming language instead: 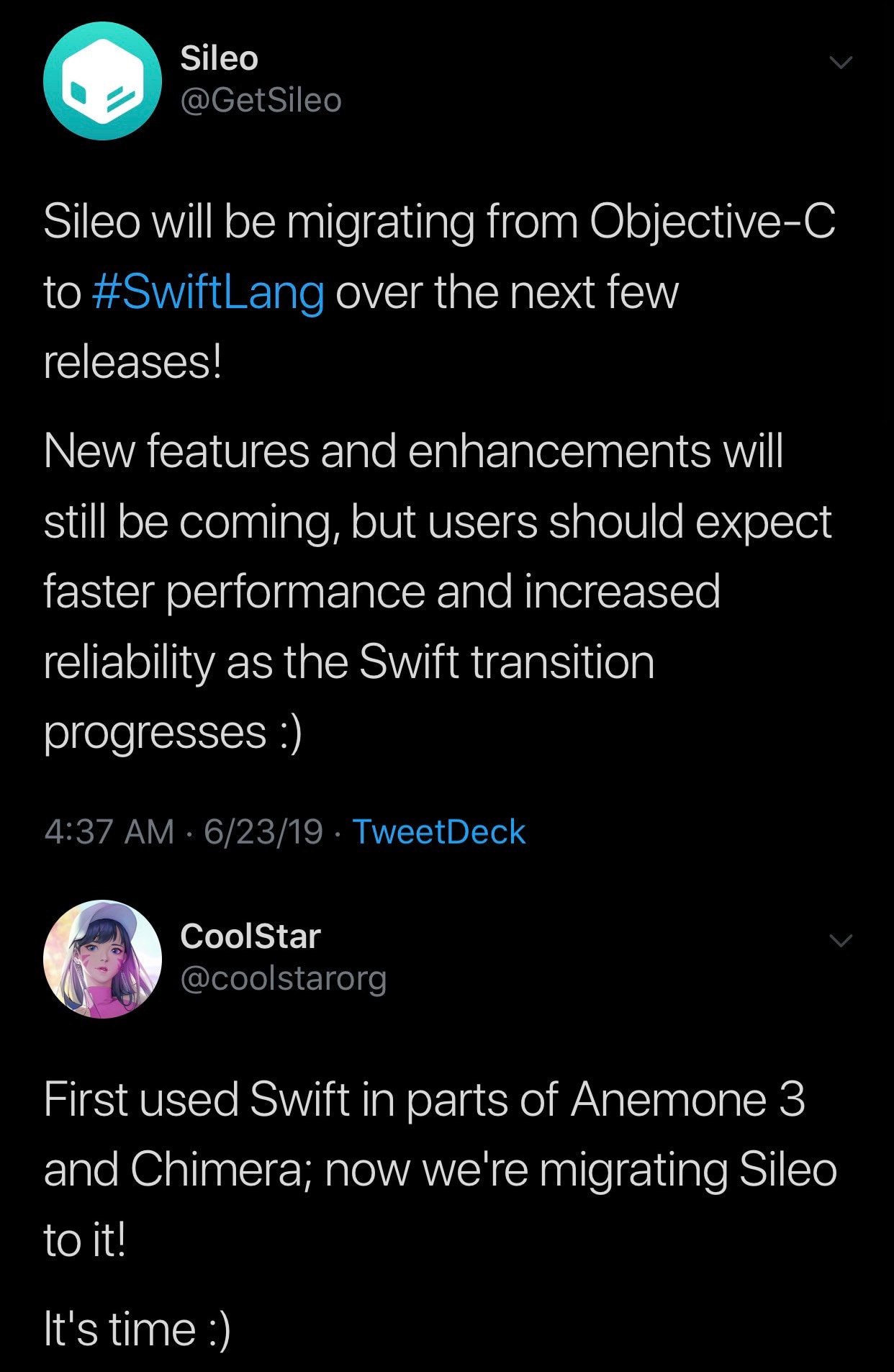 According to the announcement Tweet, these updates will also incorporate new features and improvements, but the migration to Swift is particularly exhilarating because it means that Sileo will exhibit faster performance and reliability.

CoolStar, the lead developer of both the Sileo Team and the Electra Team, confirmed the announcement via Twitter shortly after.

With Sileo being the default package manager on both the Chimera and Electra jailbreaks, this is a welcome change that will improve the user experience. In fact, older handsets such as the iPhone 6 will benefit from every small performance gain that Sileo can get.

There’s no telling when Sileo’s Swift migration will be completed, but from what we can gather, this is a change that will take place over several updates to the app rather than all in one fell swoop. With that in mind, this could take weeks or months as opposed to just days.

Are you excited to see Sileo moving forward with a more modern programming language? Discuss in the comments section below.