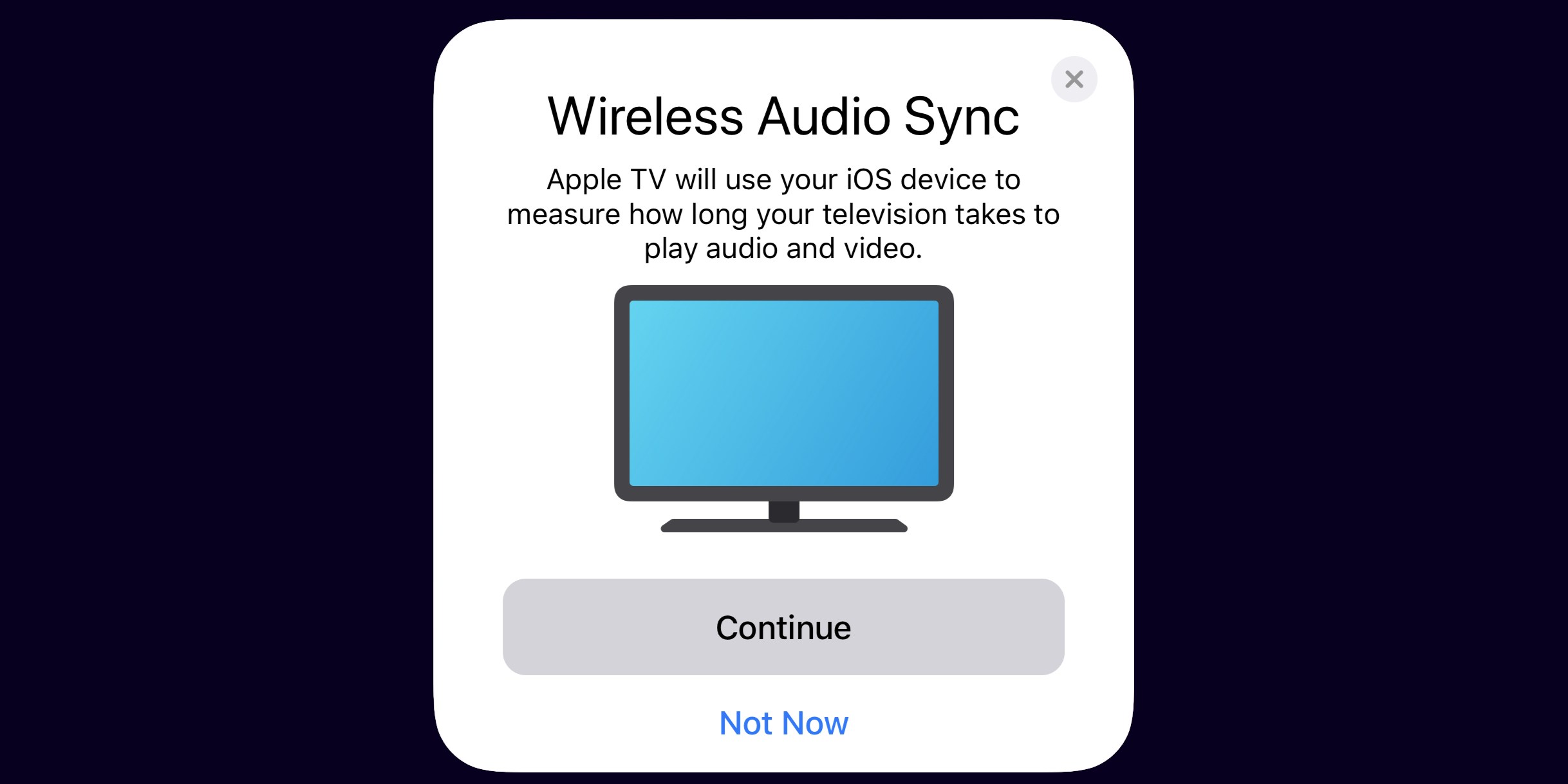 This new feature, one of the few notable enhancements spotted in the second developer beta of iOS 13, makes it easy to fix the annoying audio lag that results with actors’ lips being out of sync with audio, which definitely ruins your movie-watching experience.

As first noted by iGeneration.fr, the Audio and Video sub-section of the Settings app on the second beta of tvOS 13 includes the Wireless Audio Sync option.

A notification pops up on all your nearby iOS devices, informing you that you need to bring your iPhone or iPad running the iOS 13 software or newer near your Apple TV. You then simply tap a card that appears on the iOS device in order to start the Wireless Audio Sync process. If you’ve ever paired AirPods or a HomePod with an iOS device, you know what I’m talking about.

As part of the process, the Apple TV will play a series of tones. The iPhone then measures how long it takes to hear the sounds. This calculation is then saved on the Apple TV. The tvOS operating system can then send audio earlier or later using the time offset it calculated from the Wireless Audio Sync data, thereby synchronizing audio and visual outputs.

Wireless Audio Sync only needs to be performed once. If you change your TV or audio equipment, you may need to go through the steps again, as the inherent delays may have changed.

The audio delay may happen for many reasons, including incorrectly encoded movie files. Most commonly, unsynchronized audio is caused by your TV set processing the video signal at a different time than the audio stream is being transmitted from the speaker.

An easy way of confirming that your TV is plagued with an audio delay problem requires unplugging any external speakers from the TV and observing how the audio performs.

If you don’t notice any audio delay, the content/source you’re trying to play is a likely culprit. If you experience a delay while watching iTunes movies or YouTube, there may be a problem with your TV or you own a slower model that introduces delay due to slower processing.

Either way, Wireless Audio Sync is here to help with that.

The feature requires an iPhone with iOS 13 and an Apple TV running tvOS 13 or newer.

What are your thoughts on Wireless Audio Sync? Ade you looking forward to using it?