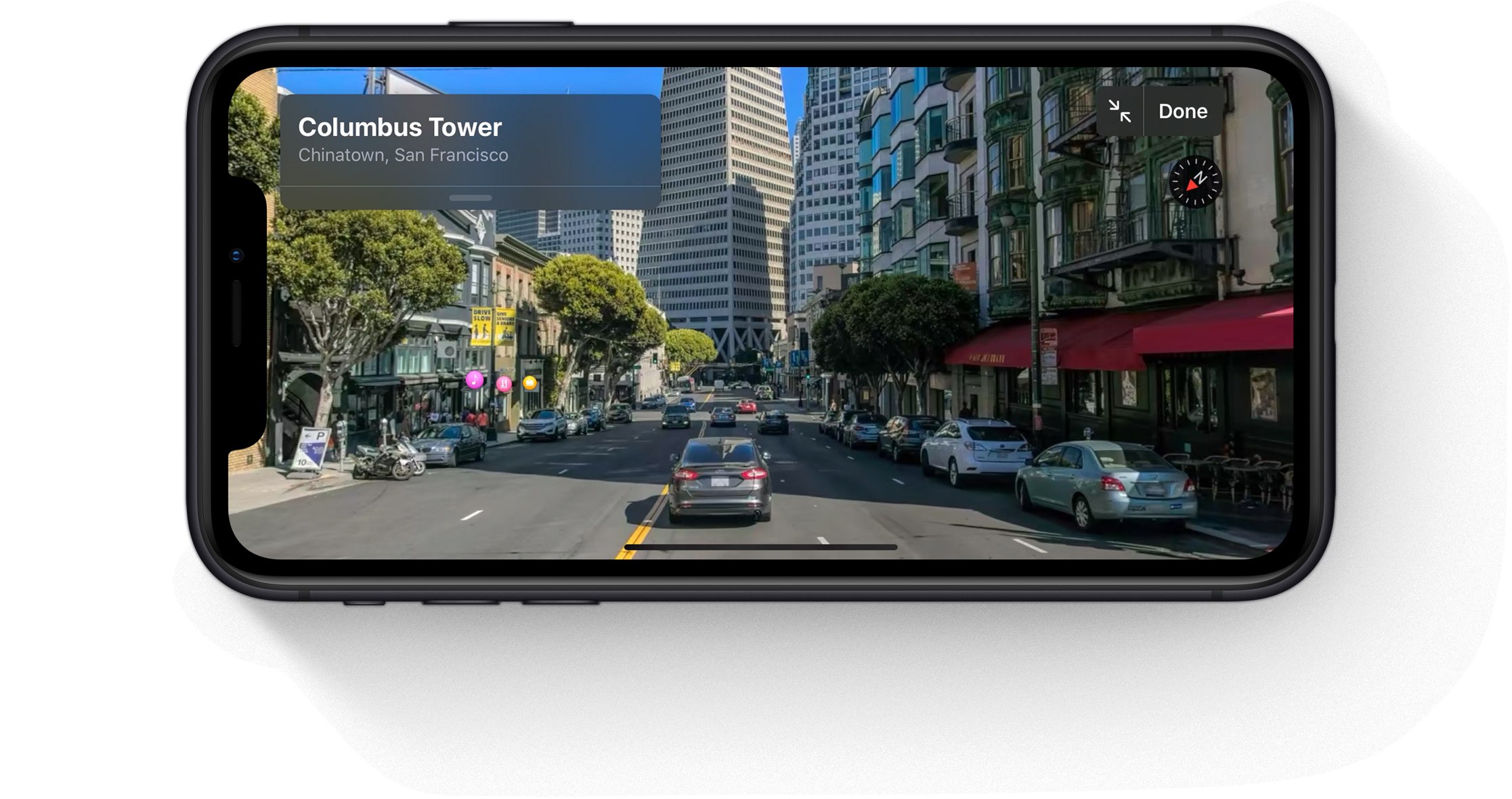 iOS 13 has brought detailed street view imagery to Apple Maps thanks to the company’s LiDAR-outfitted vehicles that have been roaming the streets of major cities in the US and around the world for years now, dutifully capturing high resolution street-level imagery.

The end result is a lot like Street View in Google Maps, only better.

The feature, called Look Around, can be invoked by hitting a new binoculars button in iOS 13’s Maps app on iPhone or iPad. The icon only appears when there’s street-level imagery available for the current location. Look Around can be enjoyed as a picture-in-picture window within the Maps app, or you can go fullscreen by tapping the small preview.

Reüel van der Steege has made a quick side-by-side comparison video driving the same road in Hawaii with Look Around in Apple Maps vs. Google Street View. I’ve embedded it right ahead so give it a quick look to see the difference for yourself.

Made a quick side-by-side comparison video driving the same road in Hawaii with 'Look Around' in Apple Maps on #iOS13 vs Google Street View. It really is "smoothly move down the street"! Impressive 🤩 #WWDC19 #iOS13Beta #AppleMaps #GoogleMaps #Apple #maps pic.twitter.com/nIA3kklhJe

Apple’s street-level imagery is enriched with points of interest that can be tapped to bring up place details, including working hours and images of storefronts. Like with Google’s Street View, you can tap further down the street to move the camera to that location. Unlike Google’s feature that uses the blur effect to transition from the current to the new destination, Apple is inserting additional images as intermediary frames, to some great effect.

Granted, Look Around is just getting started so we’re not expecting it to hold a candle to Google’s Street View in terms of coverage and availability. The search giant has covered the majority of the planet with Street View, having even captured 360-degree photos of hiking trails, woods, underwater and other remote areas. It’ll take years to catch up to Street View.

Just like with Google and other major mapping solutions, Apple’s algorithm blurs out all personally identifiable data from the street imagery to protect everyone’s privacy, including human faces and car license plates. Try Look Around for yourself by launching Maps on your iPhone or iPad running the iOS 13 beta, then search for the Columbus Tower in San Francisco.

Other Maps changes include broader road coverage, better pedestrian data, more precise addresses and more detailed landcover. The new map is available now in select cities and states before rolling out across the US by the end of 2019 and to more countries in 2020.

You also get a Collections section for easy sharing of your favorite restaurants, travel destinations or other places of interest, as well as a Favorites section for quickly navigating to frequent destinations, such as home, work, the gym or school, with a single tap.

In my opinion, Look Around is yet another example of Apple being super late to the game, but doing it right. Are you impressed by Apple’s Street View mode?