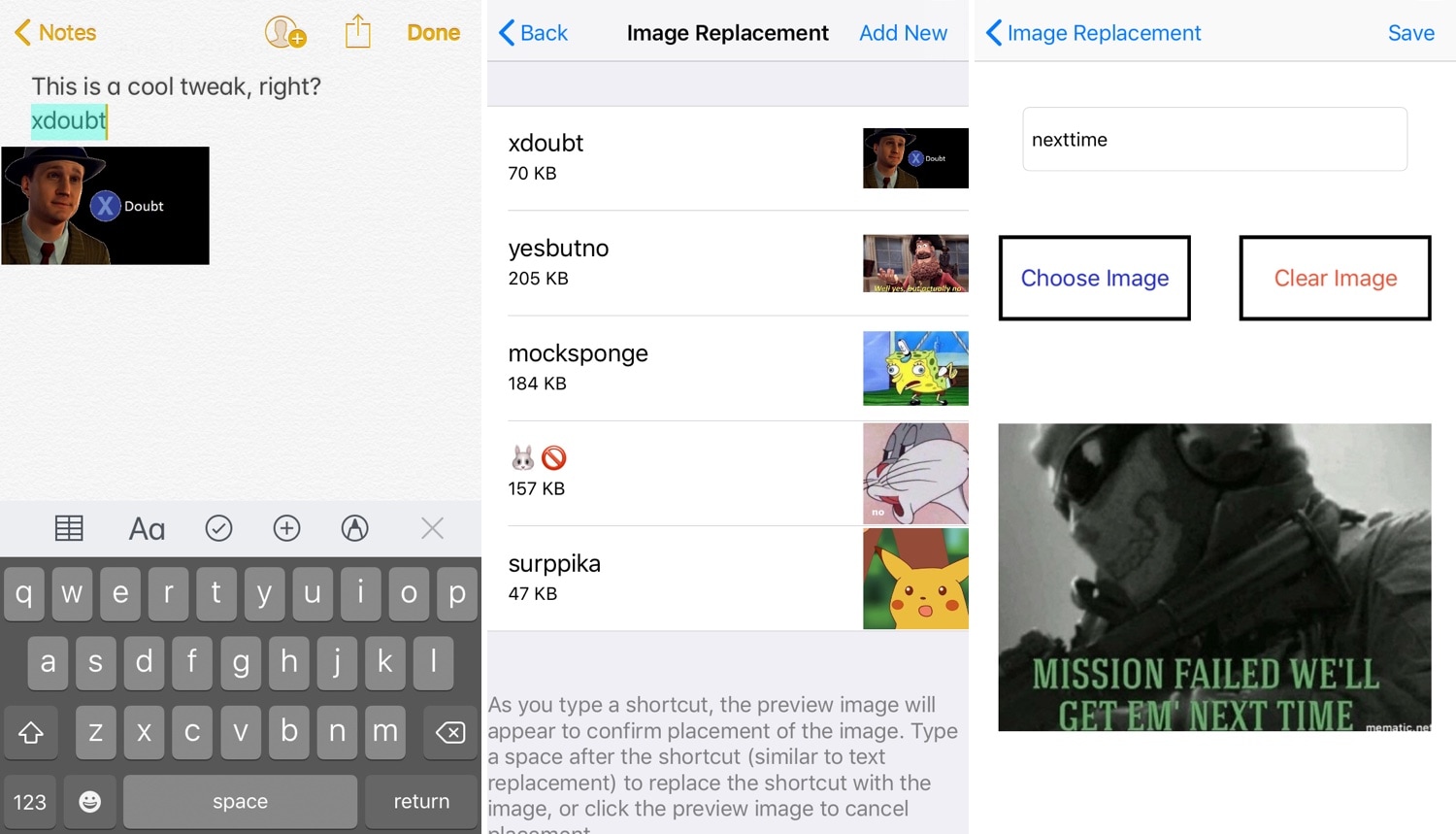 iOS comes with a native text replacement feature that lets users set shortcuts that will automatically expand to full words or phrases when typed. But wouldn’t it be neat if the same concept applied for images?

I’ve long wondered about this myself, and so I’m excited to share that a newly-released and free jailbreak tweak dubbed ImageCorrect by iOS developer Satvik Borra brings this feature to pwned handsets.

A picture is worth a thousand words, they say, and ImageCorrect promises to help you get your point across. The app works in most apps that support inline images, including Messages and Notes, and can be useful for short-handing images that explain your expression better than words, such as memes, GIFs, and rage faces.

Obviously, you can assign any images you want to virtually any shortcut you can think of, but the example above is both practical and useful if you’re in my shoes.

Once installed, ImageCorrect puts a preference pane in the Settings app where you can configure the tweak to your liking: 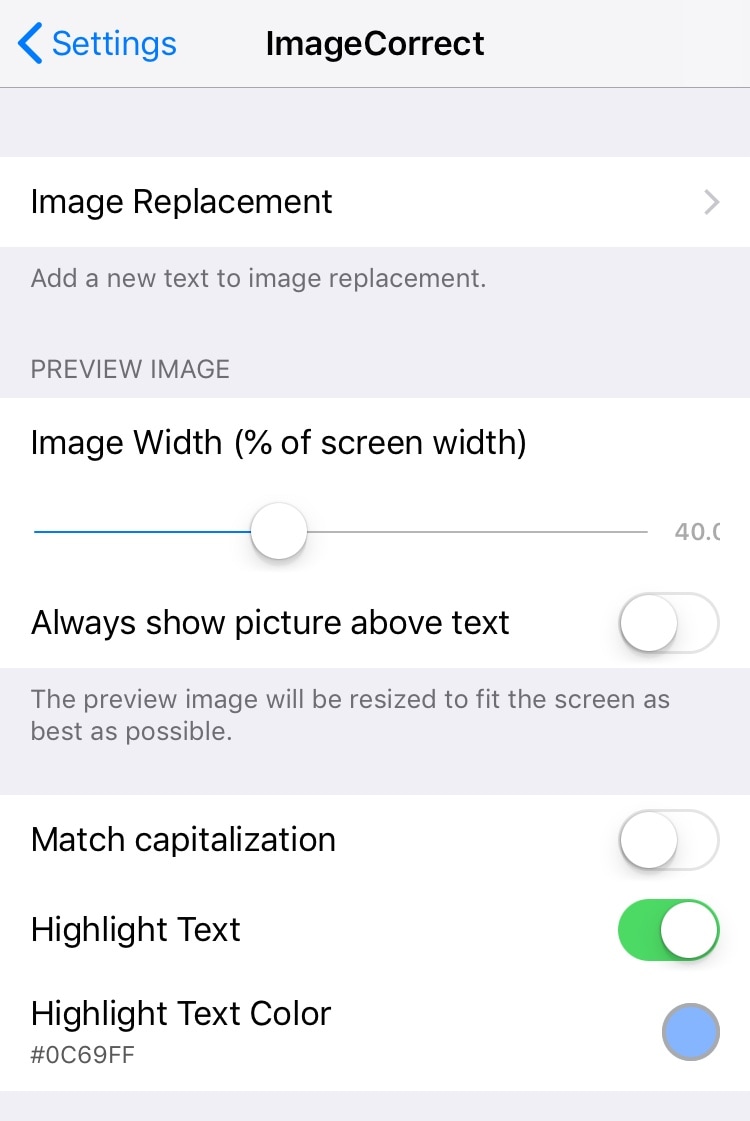 At the time of this writing, ImageCorrect is very much a beta, and so it may not always behave as expected, especially in certain apps. That aside, it appears to work great in the native Notes app, and we suspect that the developer will be making the tweak more functional in other apps as time goes on.

If you’re interested in trying ImageCorrect, then you can download it for free from the Nepeta repository in Cydia or Sileo. The tweak supports all jailbroken iOS 11 and 12 devices, and its source code is available on GitHub for those interested in seeing what makes it tick.

What are your thoughts about having image-centric text replacement on the iOS platform? Let us know in the comments section below.