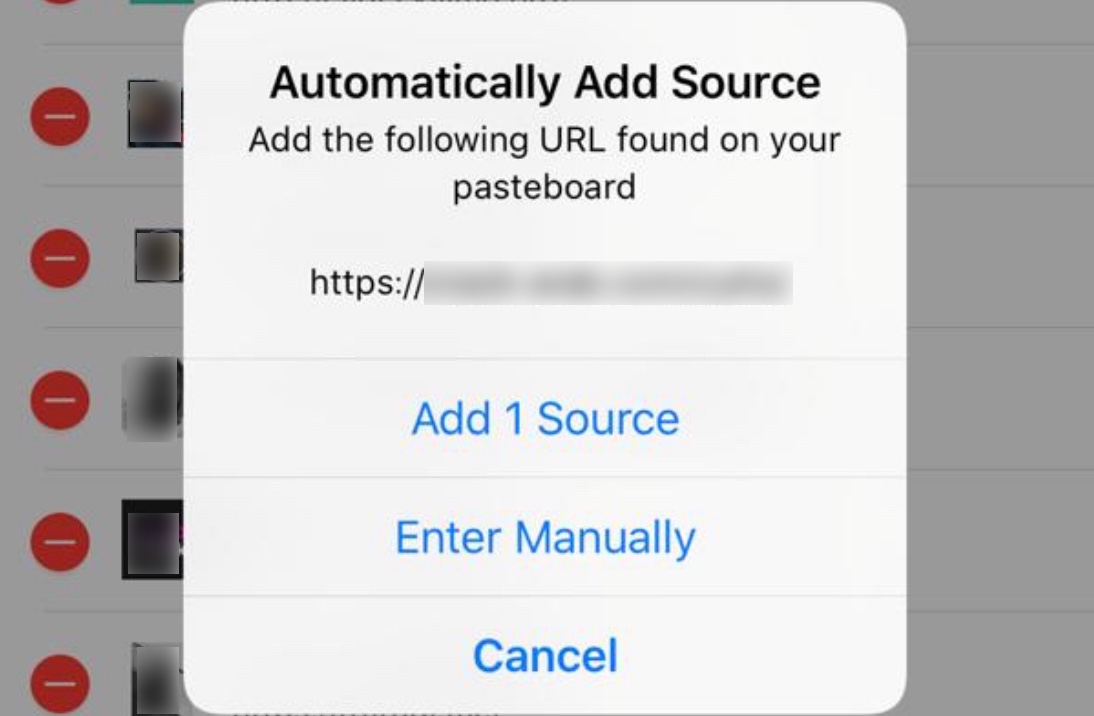 Handsets jailbroken with Pwn20wnd’s unc0ver tool will have Cydia installed as the default package manager, and with a newly-released free jailbreak tweak dubbed addsource by iOS developers yuosaf01 and 3bod_syr, you can augment the app’s native repository-adding functionality.

With any typical Cydia installation, users will need to enter a repository’s URL manually by tapping on the ‘Add’ button in the app’s Sources tab. This method works, but it tends to be cumbersome and exposes users to an increased likelihood of human error while typing the designated repository URL.

Addsource virtually eliminates these concerns by permitting Cydia to automatically detect compatible repository URLs in your handset’s clipboard after copying or cutting them from somewhere else. Upon tapping on the ‘Add’ button in the Cydia app’s Sources tab, addsource prompts the user regarding what to do next, whether that’s adding the repository URL to Cydia automatically or entering one manually.

Once installed, addsource puts a preference pane in the Settings app where you can toggle the tweak on or off on demand:

With the growing number of third-party repositories that seem to be popping up as of late, it’s easy to see the value in a tweak like addsource. Those interested in giving the tweak a try can download it for free from Cydia’s BigBoss repository; it should play nicely with all jailbroken installations of iOS 8, 9, 10, 11, and 12.

Will you be augmenting your Cydia app with addsource? Let us know why or why not in the comments section below.