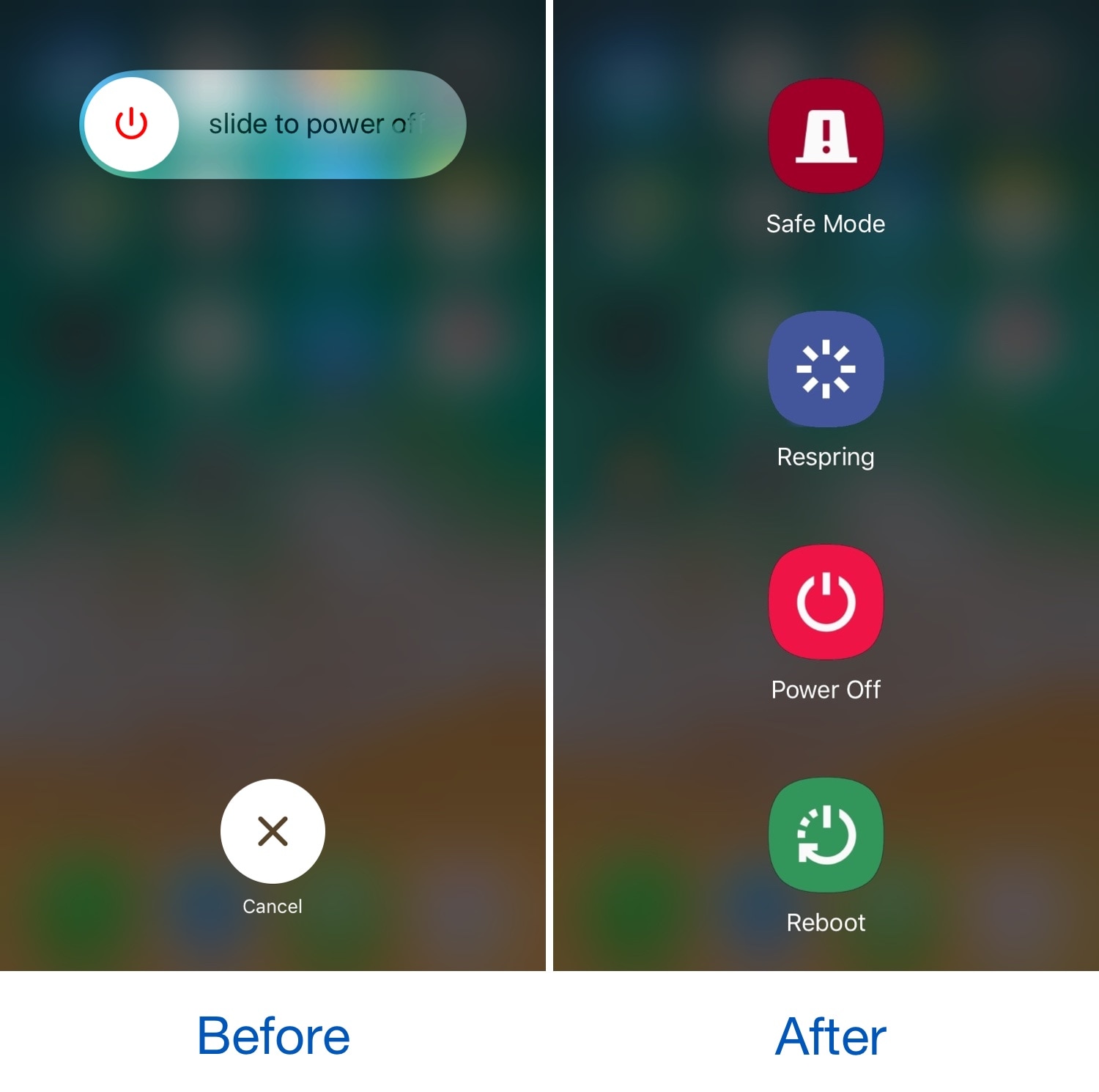 You can access the power down screen on any iOS device with a hardware button gesture that varies depending on the handset, and while it comes in handy at times, many would agree that the interface is somewhat lacking and leaves a lot to be desired.

Here to help in this department is a newly-released jailbreak tweak called SamsungPowerDown by iOS developer DevNTNghia, which as the tweak’s name implies, gives your handset’s native power down screen a Samsung-esque makeover.

Evident in the before and after screenshot examples above, SamsungPowerDown gives iOS’ power down screen a brand-new aesthetic and adds additional options that weren’t there before installing the tweak, such as Safe Mode, Respring, and Reboot.

As you might come to expect, each of the buttons has the following effects:

SamsungPowerDown doesn’t come with any options to configure, and with that in mind, what you see in the screenshots above is essentially what you can expect to get after installing the tweak on your jailbroken handset.

If you’ve come to adore the power-down interface on Samsung handsets, then you just might want to give SamsungPowerDown a try. The tweak is available as a free download from DevNTNghia’s repository in Cydia and Sileo and works with all jailbroken iOS 11 and 12 devices; moreover, the tweak’s source code is available here.

If you aren’t already using DevNTNghia’s repository, then you can add it to your package manager of choice via the following URL:

Do you like the stock power down interface or the SamsungPowerDown interface more? Discuss in the comments section below.