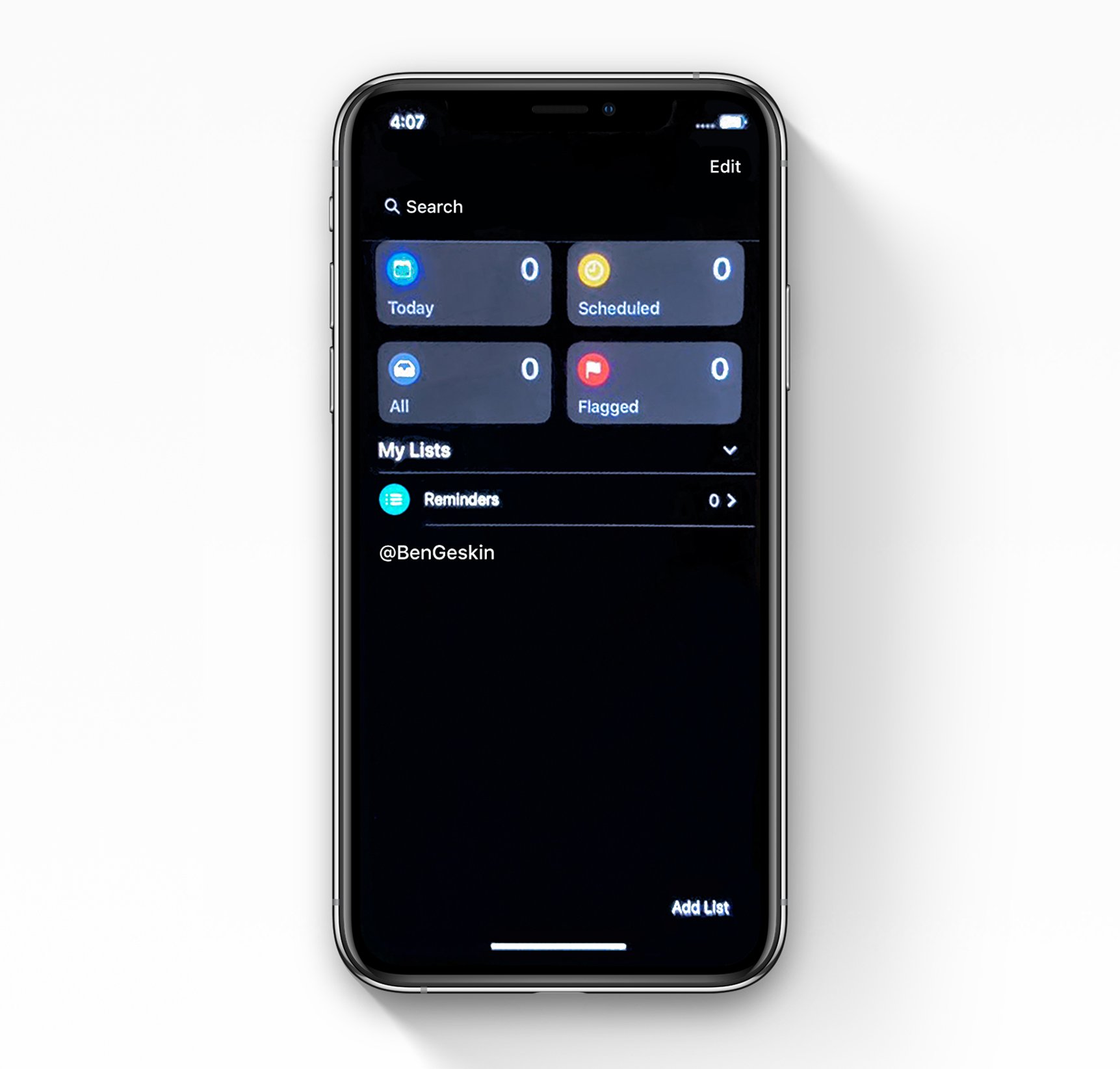 A few hours before the WWDC 2019 keynote is scheduled to kick off, Benjamin Geskin posted a claimed iOS 13 screenshot that pictures a redesigned Reminders app in Dark Mode.

As you know, a system-wide Dark Mode is widely expected to be part of the iOS 13 update. In addition, Apple is said to be overhauling a few system apps, including Reminders. Geskin’s claimed image gives a good indication of both the app’s redesign and the darkened interface.

You can clearly see the new tiles for the Today, Scheduled, All and Flaged reminders. This looks more like a photograph of a screenshot than the actual screenshot but that’s OK, what matters is that Reminders has undergone a thorough and much-needed visual overhaul.

I think this is definitely not final version of the new volume indicator. It's just too rough, taken straight from Control Center. pic.twitter.com/aljkiYhKD5

Take it with a few pinches of salt because the volume HUD image was screenshotted from a build dated three months back so the final design will almost certainly be different (in a good way, we hope).

Last week saw other screenshot leaks that provided hints of a reworked interface in the all-new Music and TV apps said to be coming in macOS 10.15.

What do you think of this screenshot? Are you liking iOS 13’s Dark Mode so far?