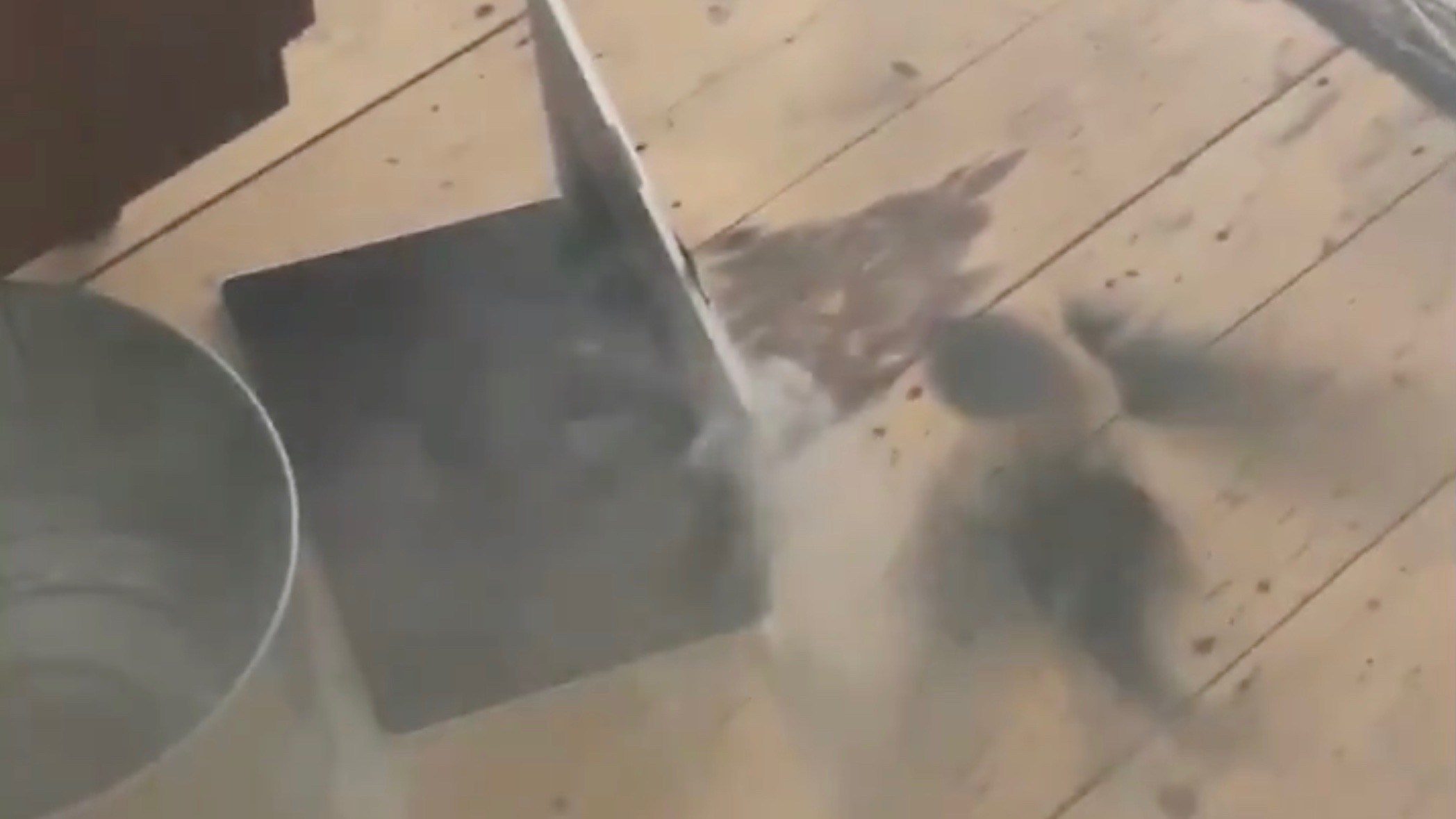 A DJ was using his MacBook Pro when things turned ugly. First smoke, but that ultimately led to the battery in his Apple notebook exploding inside the case. A trip to the Apple Store has left the owner wondering what’s going to happen next with a critical piece of equipment for his job.

White Panda shared the incident on Reddit and Twitter (via 9to5Mac) this week. Panda is a DJ that uses a MacBook Pro for work, but it sounds like he’s going to be without his computer for a few days at least. Panda says he was using the MacBook Pro under “normal use”, when he first saw smoke coming out of both sides of the notebook.

Panda placed the laptop on the floor and heard a loud pop. The smoke increased and billowed out of the machine, filling his home with smoke and setting off both the smoke and CO detectors therein. Panda does go on to say that no one was injured, thankfully, but notes that there was damage to the floors.

You can see that damage in the video below:

My MacBook Pro exploded today during normal use. No injuries, luckily. Some damage to the house. Could have been worse – good thing I wasn’t on a plane.

Panda was able to get the MacBook Pro out of the house and eventually took it into an Apple Store:

I went inside and was able to remove the computer to the porch using gloves (it was scalding hot). Below is a short video taken when I re-entered the house a few minutes after the explosion. After it cooled for an hour or so, I took it to the local Apple store in a rage. They understood the severity of the situation but said nothing could be done until it spent 24 hours in a fire-proof safe and that they’d call me with a plan/update.

After the 24-hour period expired and Panda wasn’t contacted, he called back and was told that the situation had been “escalated”. However, despite the escalation to the serious incident, Panda was told he would “hear something within five days”.

They did not call. I reached out today and was told it had been “escalated” and I should hear something within FIVE days. I produce music for a living – FIVE days without my computer is unacceptable. It seemed like a worthwhile piece of information to share with the world, so there you have it.

These situations are rare, however they do happen. Samsung ran into the issue in a big way back with its Galaxy Note 7 device, which actually led the company to recall the handset altogether. But Apple is not a stranger to this type of situation, either, when back in 2016 an iPhone 7 caught fire and destroyed its owner’s car.

Of course, the rarity of these types of issues doesn’t help White Panda in the slightest. Hopefully Apple comes back with something that’s actually helpful and reduces some of the stress Panda must be feeling now.

Have you ever run into an issue with a swelling or exploding battery?