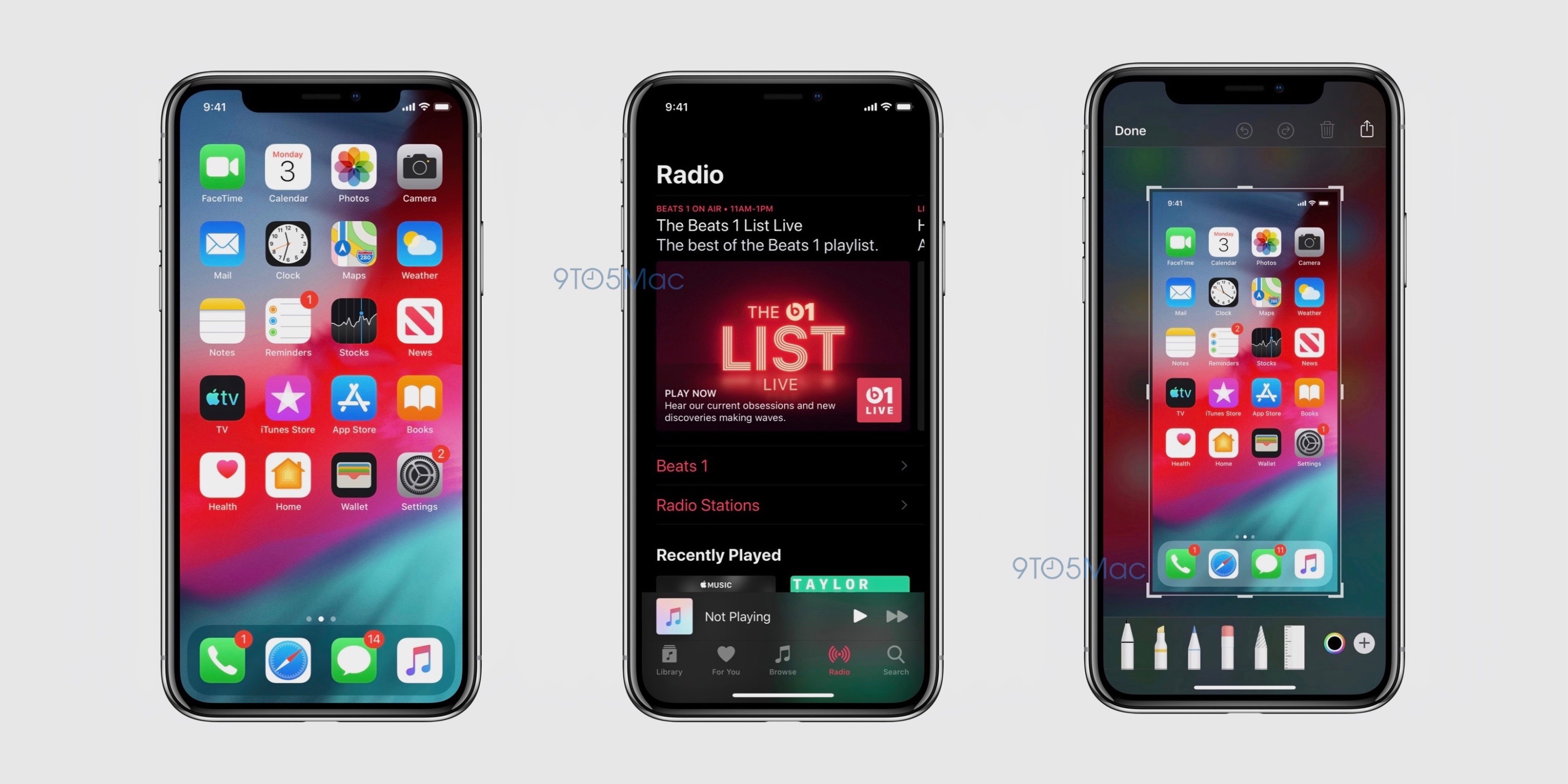 iOS 13 is widely expected to bring a new system-wide Dark Mode which debuted on the Mac last year in macOS Mojave, and now we have our first screenshots showing it in action.

Shared by an unknown source with Brazilian iOS developer and 9to5Mac contributor Guilherme Rambo, the images depict a darkened interface in iOS, which can be enabled in the Settings app or via Control Center. Upon enabling Dark Mode, all apps that support it automatically switch to a darker appearance, like on the Mac.

On the Home screen, the only noticeable change is the Dock, which adopts a vibrant dark background instead of the light one. It’s possible that Apple will be including new wallpapers that work better in Dark Mode with the new OS. When looking at an app such as Music in Dark Mode, it’s possible to see that Apple is using a true black background, which looks great on an OLED device.

Not only does a true black background save your eyesight and look great on OLED panels, it also helps in preserving battery life because OLEDs light up individually and don’t require a power-hungry backlight to illuminate the black pixels like LCDs do.

And here’s a revamped Reminders app.

As you can see for yourself, Reminders has picked up a sidebar with links for Today, Scheduled, Flagged and All. You’ll also find a handy search box and a collection of your reminder lists in the sidebar. The app now uses the SF UI Rounded font introduced in iOS 12.2’s Wallet app.

Bloomberg previously reported about iOS 13’s Dark Mode, the new Reminders app and other upcoming features. The revamped Reminders app is also coming to the Mac with the upcoming macOS 10.15 update. 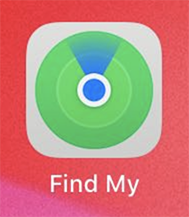 The app shows a big map that fills the entire screen of the device, with a small window in the corner listing the user’s family and friends and another tab for the user’s own devices. When Dark Mode is enabled, the map looks the same as Maps on macOS with Dark Mode enabled.

Thoughts on these screenshots?