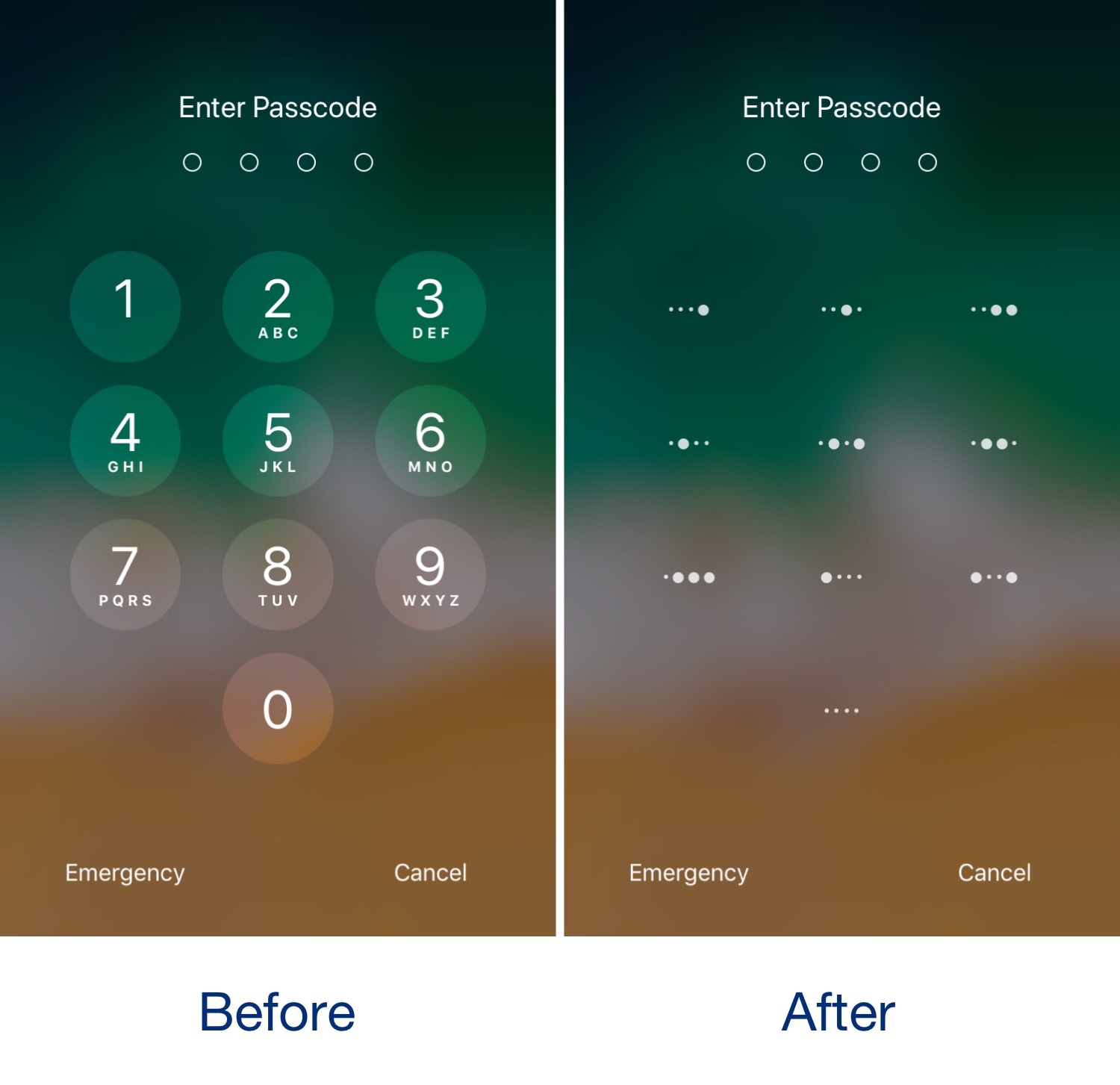 It was only yesterday that we showed you a free jailbreak tweak called CodeScrambler 12, which randomized the positions of the number keys on your Lock screen’s passcode entry screen. But while we’re on the topic of obfuscating the passcode entry screen, why not check out a new free release dubbed BinaryPasscode by iOS developer eskimo_dev?

As shown in the before and after screenshot examples above, BinaryPasscode replaces the typical numbers that appear inside each of the passcode entry buttons with binary-centric dot patterns. BinaryPasscode should look familiar if you’ve ever used a similar tweak such as BinaryKeypad before.

While the new binary-centric number displays may appear to be somewhat puzzling at first glance to those who’ve never seen this type of display before, it can be easy to read if you take the time to learn it. Here are some tips:

After you install BinaryPasscode, you’ll find a dedicated preference pane in the Settings app where you can enable or disable the tweak on demand: 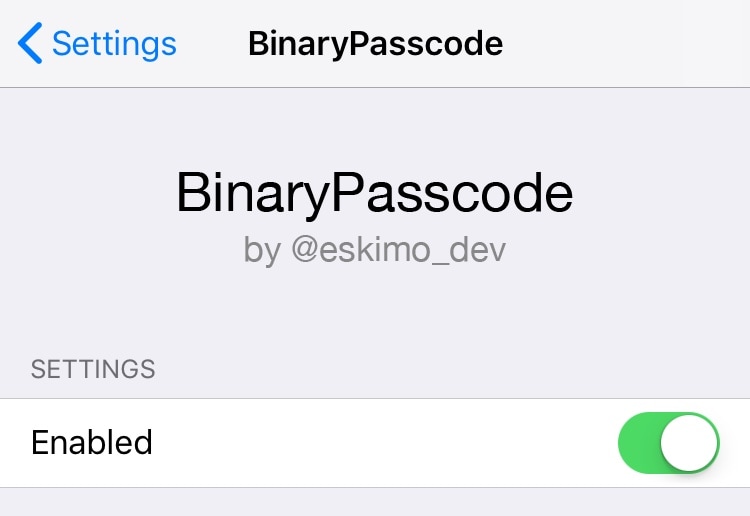 As you might come to expect, BinaryPasscode doesn’t randomize the positions of the number keys; instead, it merely changes the glyphs that appear in the buttons from numbers to binary displays. Theoretically, you could make entering the passcode even more challenging to someone besides yourself by combining this tweak with CodeScrambler 12.

If you’re interested in giving BinaryPasscode a try, then you can download it for free from eskimo_dev’s repository in Cydia or Sileo. Those who aren’t using this repository can add it to their package manager of choice via the following URL:

Will you be downloading BinaryPasscode on your device? Let us know why or why not in the comments section below.