T9 dialing was initially introduced as a means of making text input easier on 3×4 numeric keypads, much like those found on old cell phones. Modern smartphones with their phone number hot-linking and advanced contact lists have all but phased out the need for such things, but to those wishing they could access T9 in the iPhone’s native Phone app: you’re in luck.

As you’ll notice in the screenshot example above, T9Dialer predicts who you’re trying to call based on what you input via the handset’s 3×4 numeric keypad in the Phone app’s dialer interface.

In this case, the tweak knew we were trying to get in touch with Apple Support based on our input, and so it suggested Apple Inc.’s 1-800-MY-APPLE contact number at the top of the app. As you might come to expect, it can also recommend your contacts as you enter their phone numbers manually.

Once installed, T9Dialer adds a preference pane to the Settings app where you can configure a few options based on your needs: 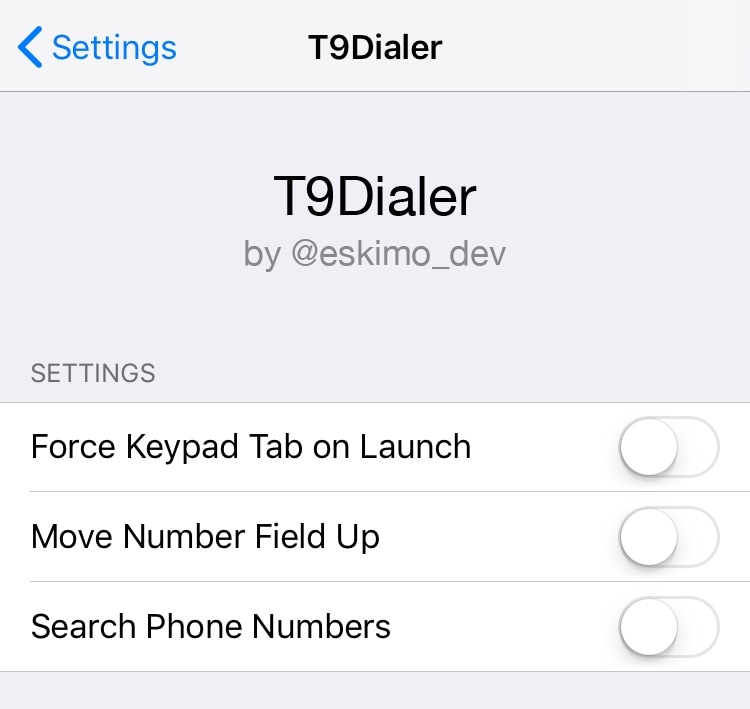 As it would seem, a respring isn’t necessary to save your changes.

In my personal opinion, T9 dialing is a bit of a niche feature on modern smartphones simply because of how powerful modern dialing techniques have become. Then again, if you’re old-school and like the idea of having T9 support on your iPhone, then this tweak is a great option to ensure you have it.

Those interested in trying T9Dialer can download it for free from eskimo_dev’s beta repository in Cydia or Sileo. The tweak supports jailbroken iOS 11 and 12 devices.

Will you be adding the T9 dialer to your jailbroken iPhone? Tell us why or why not in the comments section below.