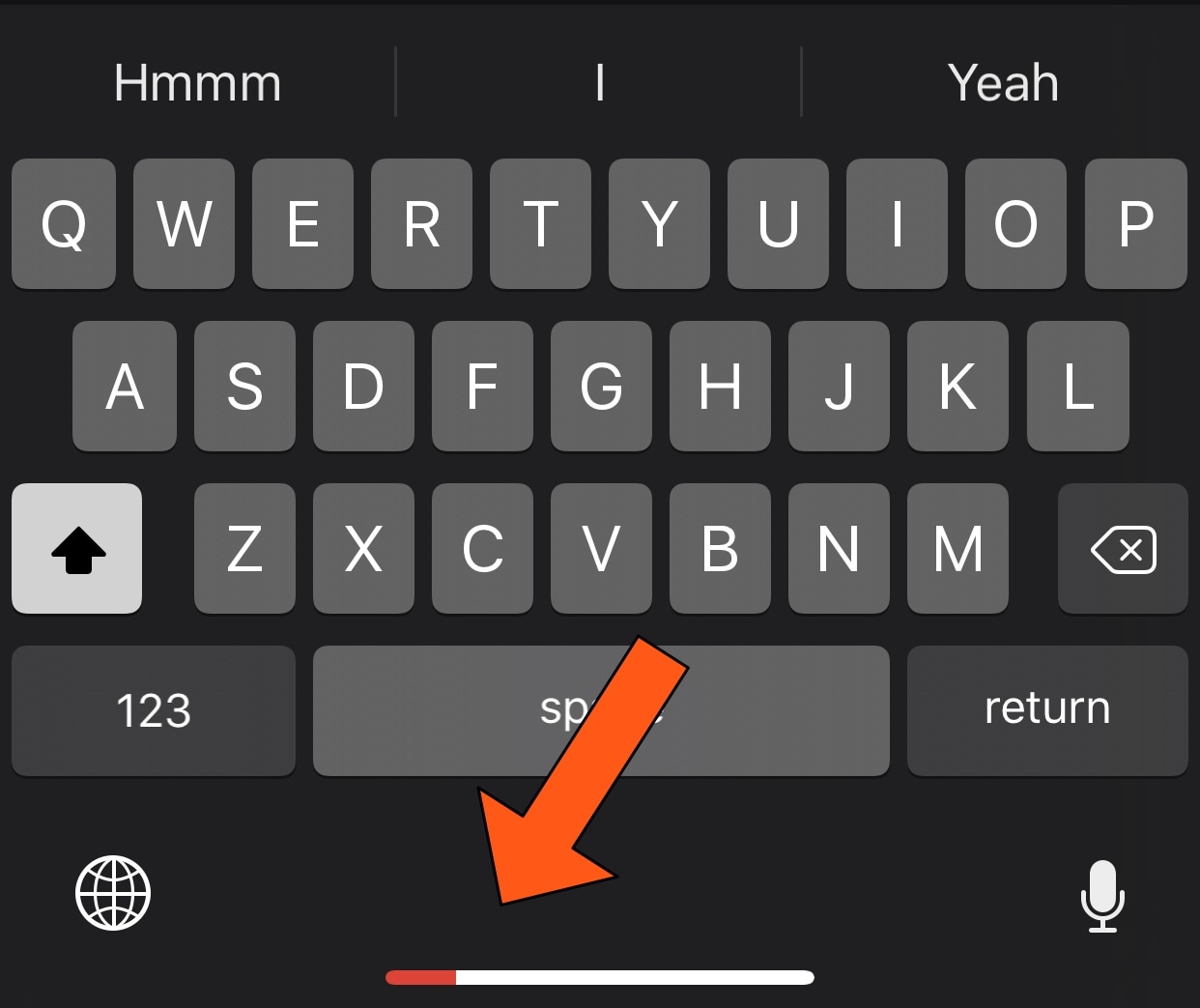 All notched handsets, including the iPhone X, XR, XS, and XS Max, ditch the traditional Home Button in lieu of the new Home Bar, which is a software-centric ‘grabber’ that lives at the bottom of your display. The Home Bar is used to unlock your handset, return to the Home screen, and access the App Switcher, but that’s about it.

It seems like the Home Bar could be made to do so much more, and that’s why we were particularly fascinated by the release of a new free jailbreak tweak called HomeBarMediaProgress by iOS developer Jordan Koch (eskimo_dev), as it aims to give the Home Bar an added purpose. More specifically, the tweak transforms the Home Bar into a status indicator for any Now Playing media that might be playing in the background.

As you’ll see in the screenshot example above, the Home Bar naturally appears white against the dark background for visibility purposes, but approximately one-sixth of the beginning of the bar is shaded red – this is because a music track was playing at the time of the screenshot, and the song was roughly one-sixth complete at the time.

As you might come to expect, HomeBarMediaProgress is customizable; the tweak adds a preference pane to the Settings app where you can tinker with some of the options: 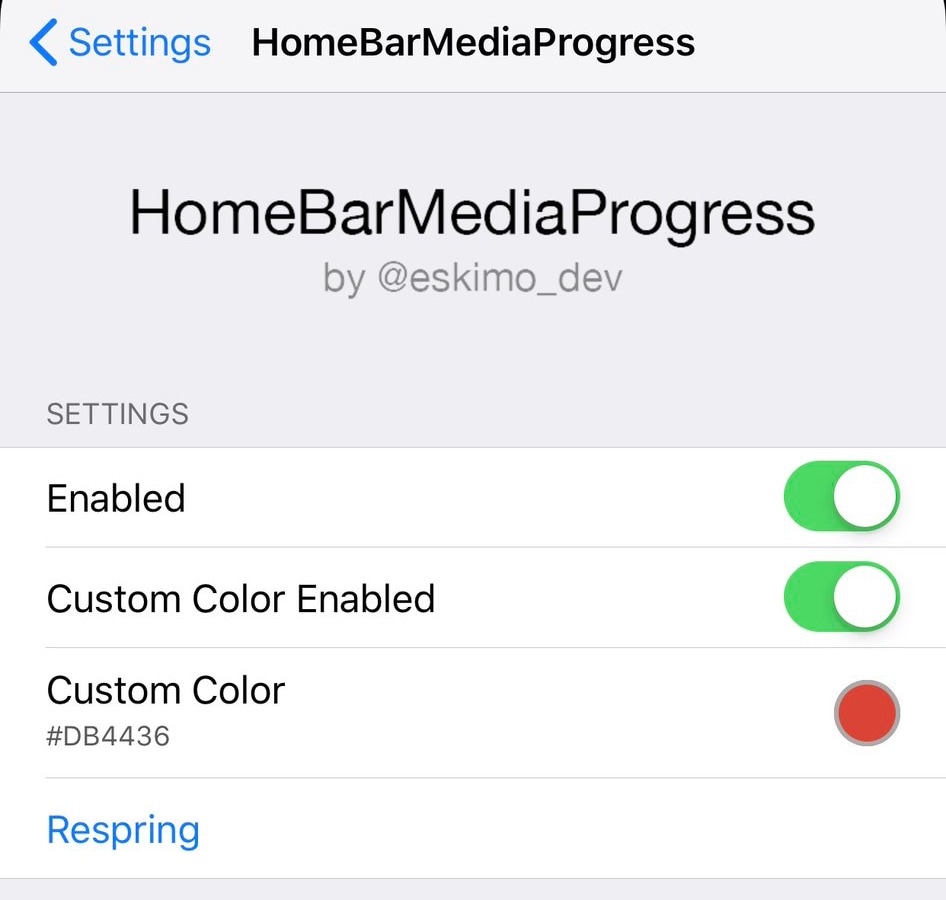 The developer provides a Respring button at the bottom of the preference pane so that you can save your changes any time you make changes to the options.

My initial impression when I happened upon HomeBarMediaProgress was, “wow, why didn’t Apple think of something like that?” But as you might come to expect, leaving bells and whistles like this out of iOS is a regular day in the world of Apple, and these are precisely the kinds of small things that make me enjoy jailbreaking.

If you’d like to try HomeBarMediaProgress for yourself, then you can download it for free from eskimo_dev’s beta repository in Cydia or Sileo. If you aren’t already using his repository then you can add it to your package manager of choice via the following URL:

Note: some users have reported being kicked into Safe Mode upon installing HomeBarMediaProgress. If you experience this after downloading the tweak, the developer asks that you provide crash logs so he can investigate the issue. Thanks for understanding.

Do you think HomeBarMediaProgress makes good use of the native Home Bar in iOS? Discuss in the comments section below!