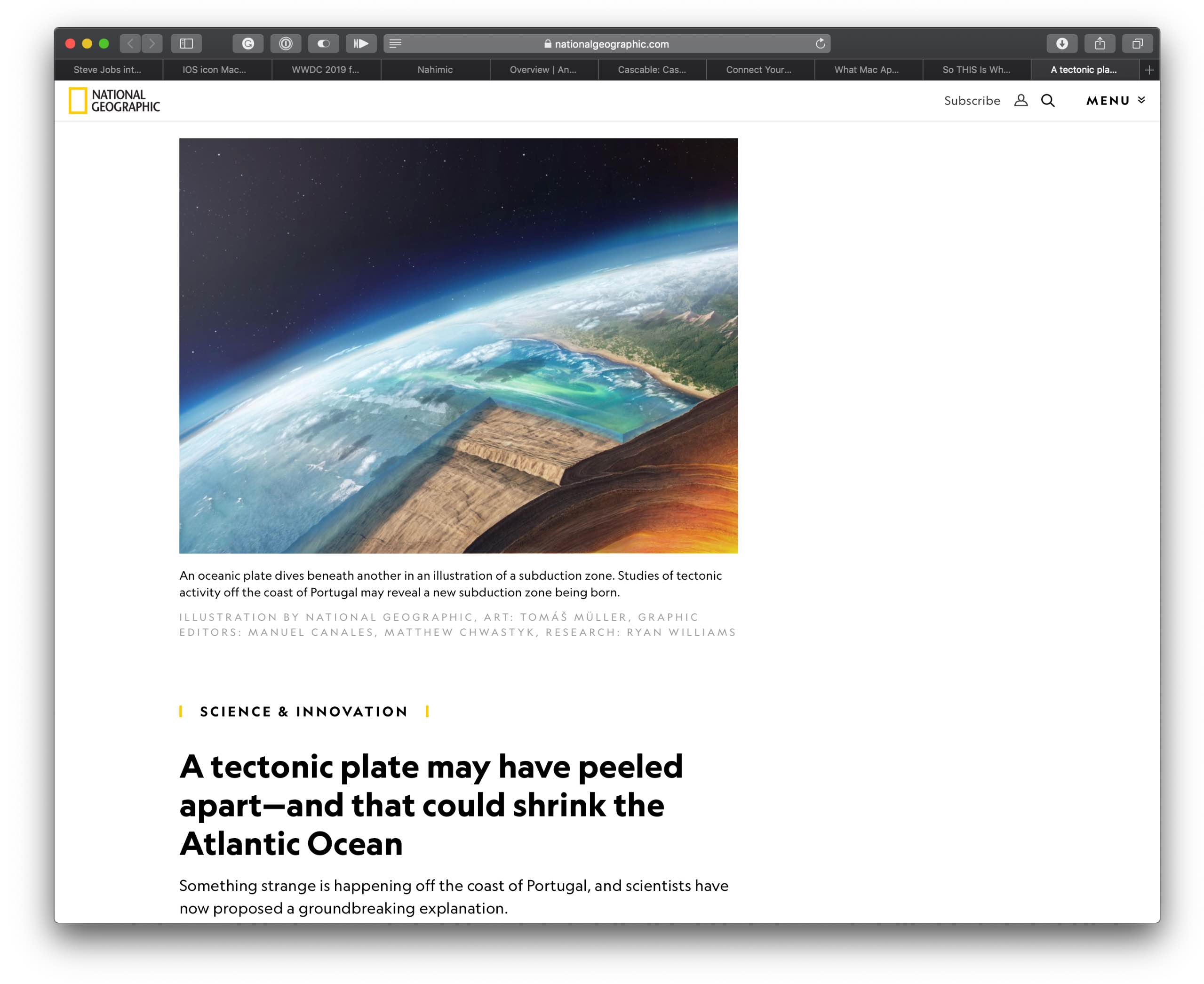 I love Apple News—it’s become my favorite general news hub and an integral part of my morning routine—but I hate it that all Apple News story links open automatically in the News app rather than in a browser of my choosing. With a new app, created by developer Jeff Johnson, you can easily force all Apple News URLs to open in the Safari browser by default.

Called StopTheNews, this fairly simple piece of software will save you from lots of frustration. StopTheNews installs itself as a handler for the Apple News URL scheme. When it gets an Apple News link, the app simply finds the original URL and opens it in Safari.

The app works with both Safari and Safari Technology Preview.

For example, this Apple News URL – https://apple.news/APIpuWVOoQQCi6gCg7H8zQg – opens a link on National Geographic’s website instead of in the News app. In my limited testing, StopTheNews works as advertised, opening Apple News links in Safari quickly. I don’t know if it’s possible, but I’d love to see StopTheNews also prevent Safari from asking if you want to open an RSS feed in Apple News when its URL is clicked.

Keep in mind that StopTheNews does not circumvent publication paywalls on The Wall Street Journal, the New York Times,  the Financial Times, Bloomberg, the Boston Globe and other outlets. For that, you might want to check out the Bypass Paywall script for the Shortcuts app.

If you’ve ever stumbled upon Apple News URLs in your social media feeds and blogs, this app lets you open them in Safari by default. This can be especially useful given Apple Newsć limited availability—the service is currently limited to the US, UK, Australia and Canada.

In particular, folks who live in an unsupported country should install StopTheNews.

Doing so will let you click any Apple News URL and have it automatically launch in Safari where you can actually read the story versus having the URL open in the News app by default only to be greeted that the service is currently unsupported where you live.

Apple News also doesn’t allow you to to add articles to Safari’s read-later section, called Reading List. With the StopTheNews app, that gets fixed because you can use standard Safari features like bookmarking and Reading List.