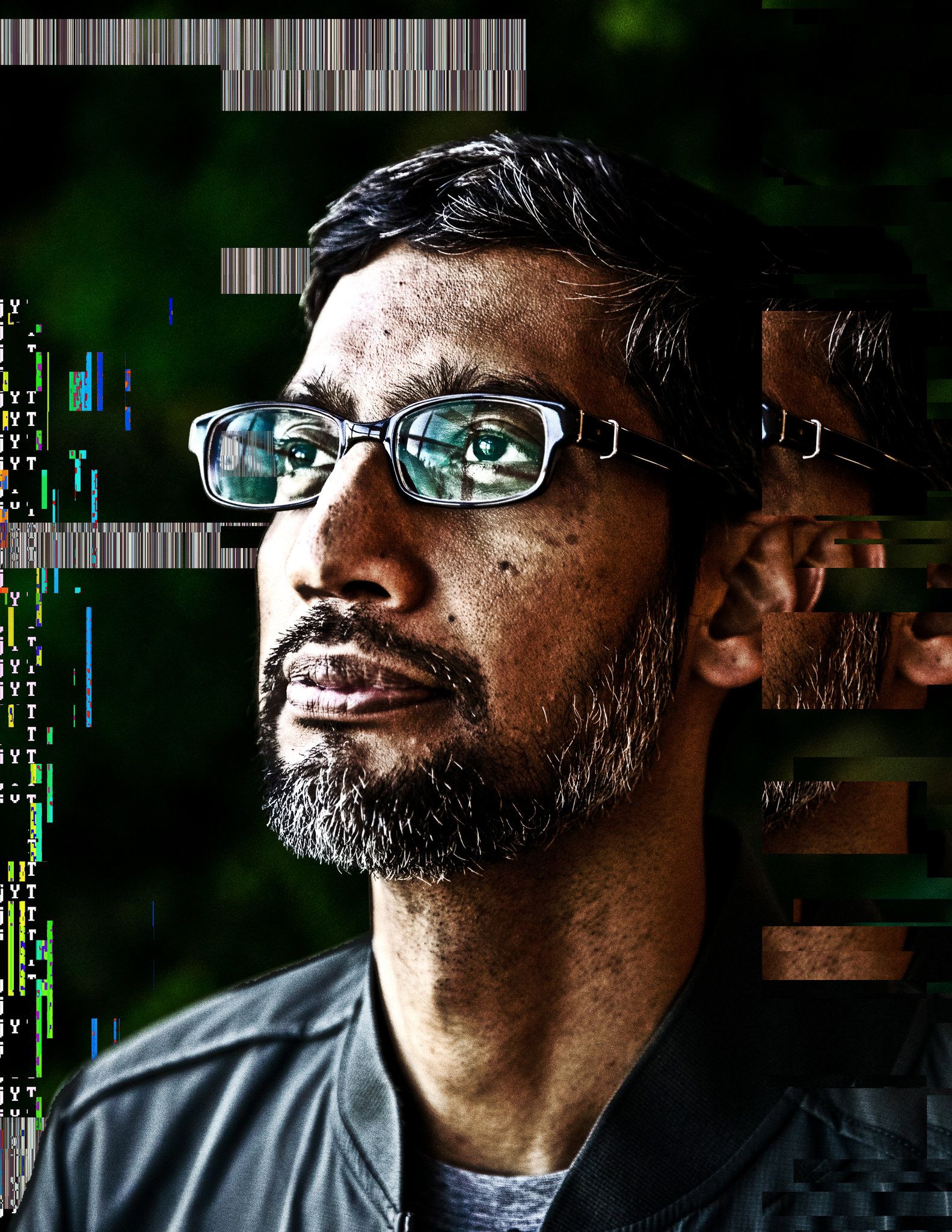 When it comes to technology, privacy wants to be universally accessible and useful to everyone, Google’s CEO Sundar Pichai has argued in an op-ed written for The New York Times, which was published yesterday following the I/O keynote.

Apple has used its privacy stance to market its products and although Pichai’s op-ed doesn’t specifically mention Apple, it’s pretty clear who he had in mind when writing these words:

‘For everyone’ is a core philosophy for Google. It’s built into our mission to create products that are universally accessible and useful.

Our mission compels us to take the same approach to privacy. For us, that means privacy cannot be a luxury good offered only to people who can afford to buy premium products and services. Privacy must be equally available to everyone in the world.

Google tried premium pricing with the Pixel line. When that didn’t work out as planned, they released a $399 phone rivaling the $749 iPhone XR. But you can’t put a dollar value on privacy. Sundar reiterated that Google will never sell any personal information to third parties and outlined the three basic ways people can decide how their information is used.

First, data makes the products and services you use more helpful to you. It’s what enables the Google Assistant to book a rental car for your trip, Maps to tell you how to navigate home and Photos to share vacation pictures with a click of a button.

Second, products use anonymous data in aggregate to be more helpful to everyone. Traffic data in Google Maps reduces gridlock by offering people alternate routes. Queries in Google Translate make translations more accurate for billions of people. Anonymized searches over time help Search understand your questions, even if you misspell them.

Yes, but Apple is using Differential Privacy and other techniques that take advantage of on-device processing to gather insights and offer smart suggestions without breaching my privacy and sucking all my data into the cloud. What’s Google’s answer to that?

We’re also working hard to challenge the assumption that products need more data to be more helpful. Data minimization is an important privacy principle for us and we’re encouraged by advances developed by Google AI researchers called Federated Learning.

So, Federated Learning is just your version of Differential Privacy?

It allows Google’s products to work better for everyone without collecting raw data from your device. Federated learning is how Google’s Keyboard can recognize and suggest new words like ‘YOLO’ and ‘BTS’ after thousands of people begin typing them—without Google ever seeing anything you type. In the future, AI will provide even more ways to make products more helpful with less data.

So you took a page from Apple’s book there, got it.

Third, a small subset of data helps serve ads that are relevant and that provide the revenue that keeps Google products free and accessible. That revenue also sustains a broad community of content creators, which in turn helps keep content on the web free for everyone.

Keeping content on the web free for everyone comes at a price. The vast majority of non-techies who sign up for Gmail or Search or some other Google service don’t really have an idea they’ll be tracked across the web. People like my Mom are unaware that Google is constantly building comprehensive profiles on them because Google is intentionally keeping them in the dark as to tree nature of its data collection.

The data used in ads could be based on, for example, something you searched for or an online store you browsed in the past. It does not include the personal data in apps such as Docs or Gmail. Still, if receiving a customized ads experience isn’t helpful, you can turn it off. The choice is yours and we try to make it simple.

Only you don’t. In order to keep Google from collecting your data for advertising and many other purposes, you really have to dig deep into your Google Account settings in order to find and turn off features like Ad Personalization and Shared Endorsements, enabled by default. 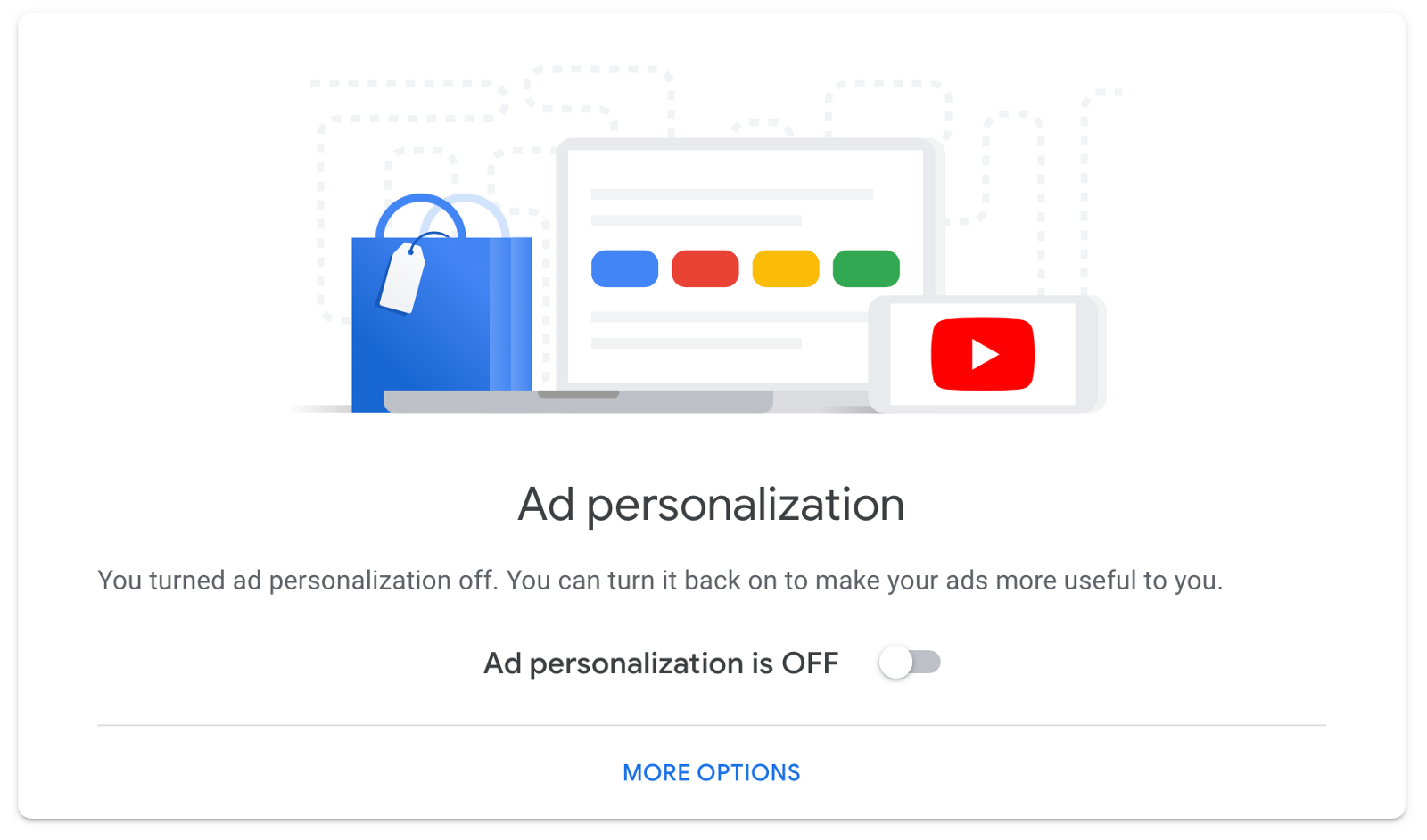 Sundar went on to argue that people today are rightly concerned about how their information is used and shared, “yet they all define privacy in their own ways.”

I’ve seen this firsthand as I talk to people in different parts of the world. To the families using the internet through a shared device, privacy might mean privacy from one another. To the small-business owner who wants to start accepting credit card payments, privacy means keeping customer data secure. To the teenager sharing selfies, privacy could mean the ability to delete that data in the future.

People may “define privacy in their own ways” but I think it’s pretty clear what it entails, and no one has defined privacy better than Apple’s late CEO Steve Jobs who said privacy is about “people knowing what they’re signing up for, in plain English, and repeatedly.”

“I’m an optimist,” he said at the D8 conference back in 2010. “I believe people are smart, and some people want to share more data than other people do. Ask them. Ask them every time.”

Earlier this week in an interview with CNBC’s Becky Quick, Tim Cook underscored that privacy is an integral part of Apple’s business because Apple “works for the consumer”.

We don’t want to use you as our product. And we just have a fundamental issue with doing that. And we’ve always thought that the building of a detailed profile about your life could result in tragic things. Whether it’s a breach of your own privacy or something where the data itself could be used in a nefarious way. And so, we’ve never thought it was right to do it, and we’ve always thought that you owned it.

“We don’t traffic in your data,” he went on to say. “We very much are on your side. We also curate our platform.” Watch the relevant part at mark 11:13 in the video embedded below.

Seeing how Apple’s been banging the privacy drum relentlessly, competitors who have been collecting user data en masse for years have overnight decided that protecting user privacy is important to them. Facebook, of all companies, recently announced a pivot to privacy which will result with a unified end-to-end encrypted messaging service coming in 2020.

Google on its part announced some privacy-related initiatives at I/O.

For example, Google Search is getting Incognito Mode that prevents your searches from being saved in your Google Account. Incognito Mode is also coming to Google Maps for those times when you’d like to receive directions without sharing data with Google. And as of recently, you can view YouTube as a logged-in user or in Incognito Mode.

Moreover, Android Q includes new iOS-like privacy controls designed to limit what developers can do with user data. That being said, I don’t really trust Google when it talks about privacy. To me, Pichai’s op-ed is a futile attempt in undermining its competitor’s messaging.

How do you feel about Sundar’s definition of privacy?

Illustration by Yoshi Sodeoka, based on photograph by Max Whitaker