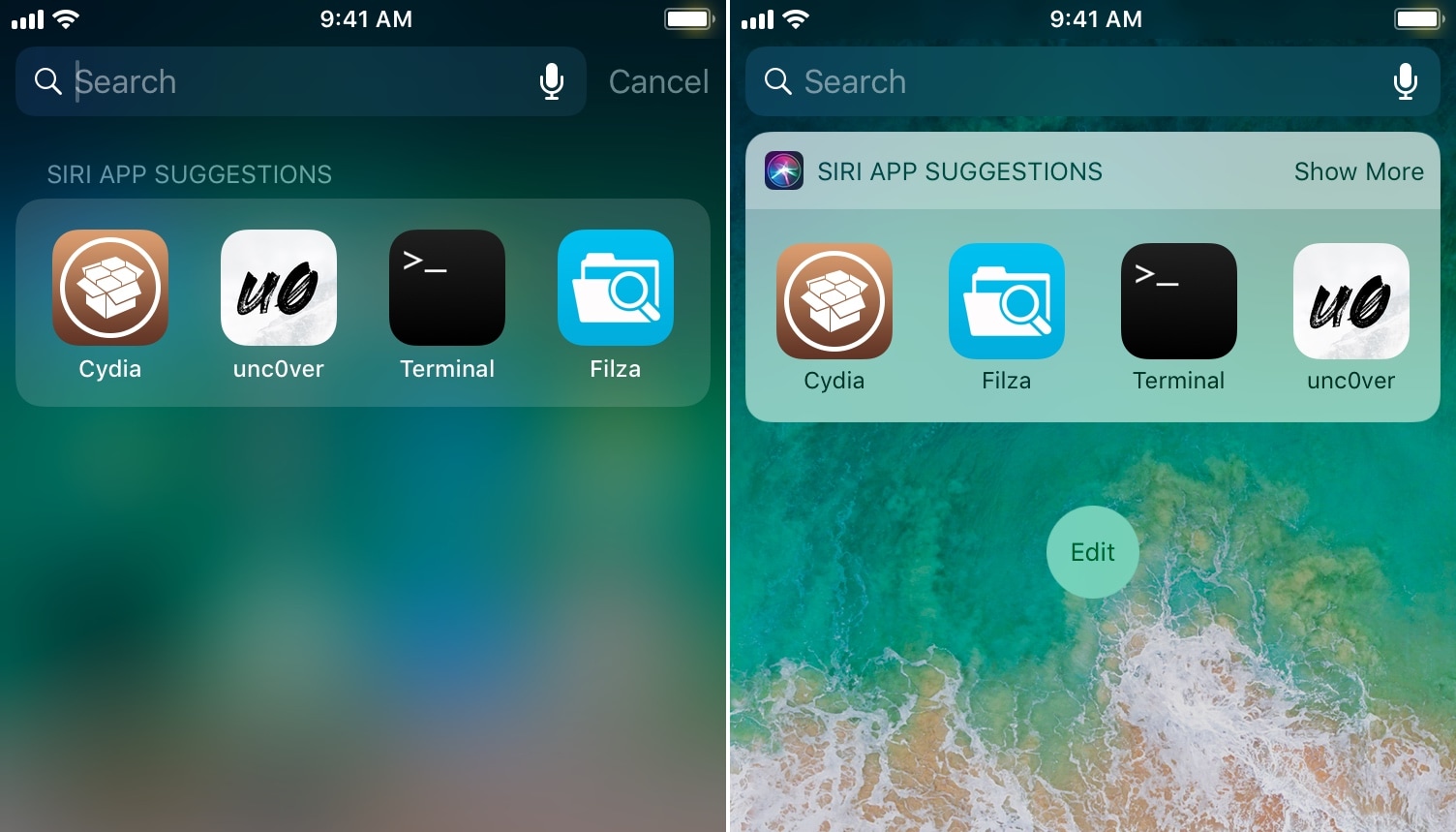 After you install AppsSiriPin, you’ll find a dedicated preference pane in the Settings app where you can set the tweak up however you’d like: 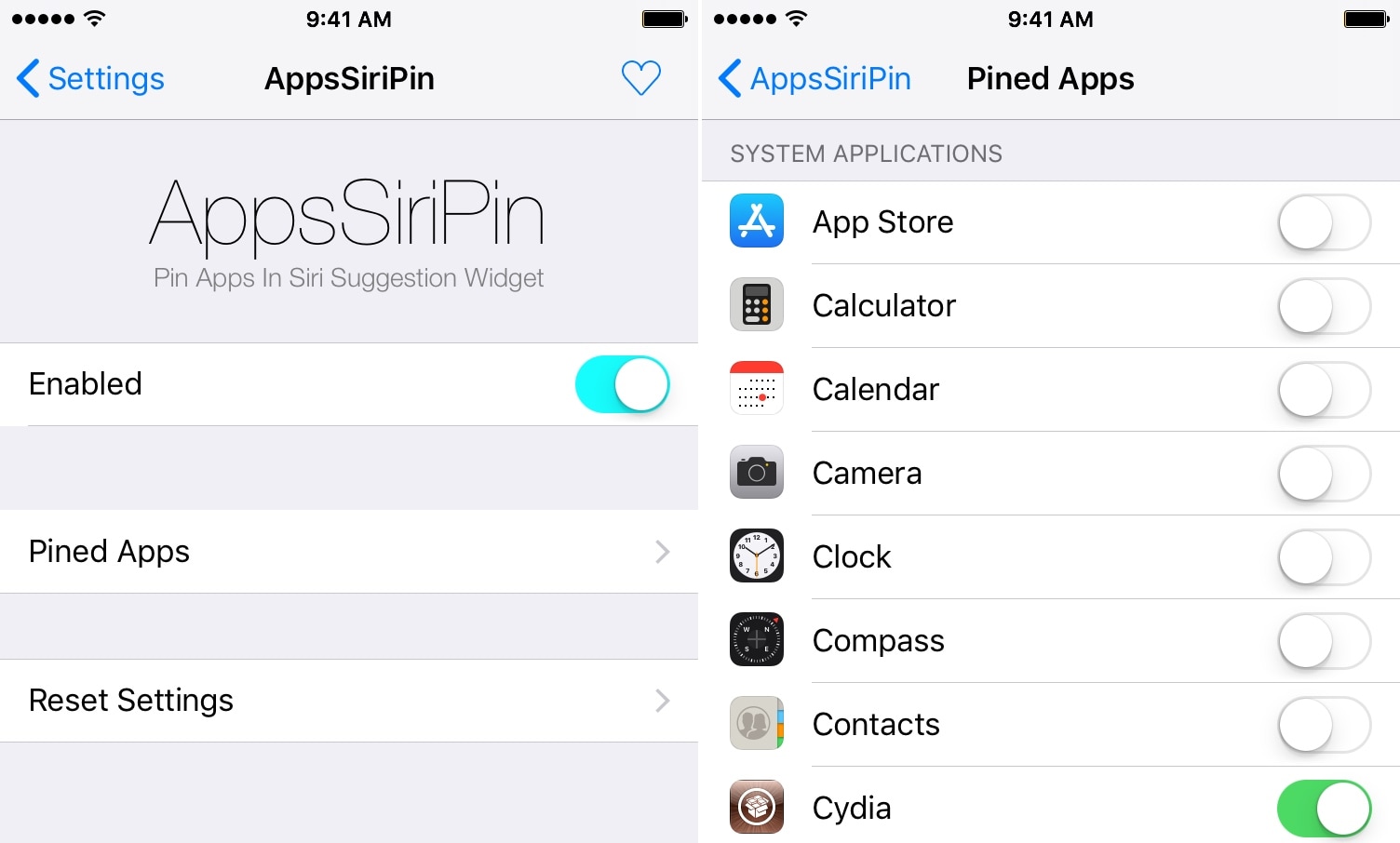 The developer includes a Reset Settings button at the bottom of the preference pane that lets you revert to stock settings on demand; this action will require a respring.

I like to think of AppsSiriPin as a ‘secondary dock’ because it provides a list of my favorite apps that I can access throughout iOS, including Notification Center, the Today widget page, and the Spotlight search interface. Additionally, while the app icons do appear to ‘shuffle’ around inside the Siri Suggestions widget each time you open one of the interfaces mentioned above, the widget always displays the same apps.

If you’re interested in trying AppsSiriPin, then you can download it for free from Julio Verne’s beta repository in Cydia. The tweak plans nicely with all jailbroken iOS 11 devices.

If you aren’t already using Julio Verne’s beta repository, then you can follow our step-by-step tutorial comprising of how to add it to Cydia. The repository URL is as follows:

Will you be installing AppsSiriPin? Let us know what you think about it in the comments section below.