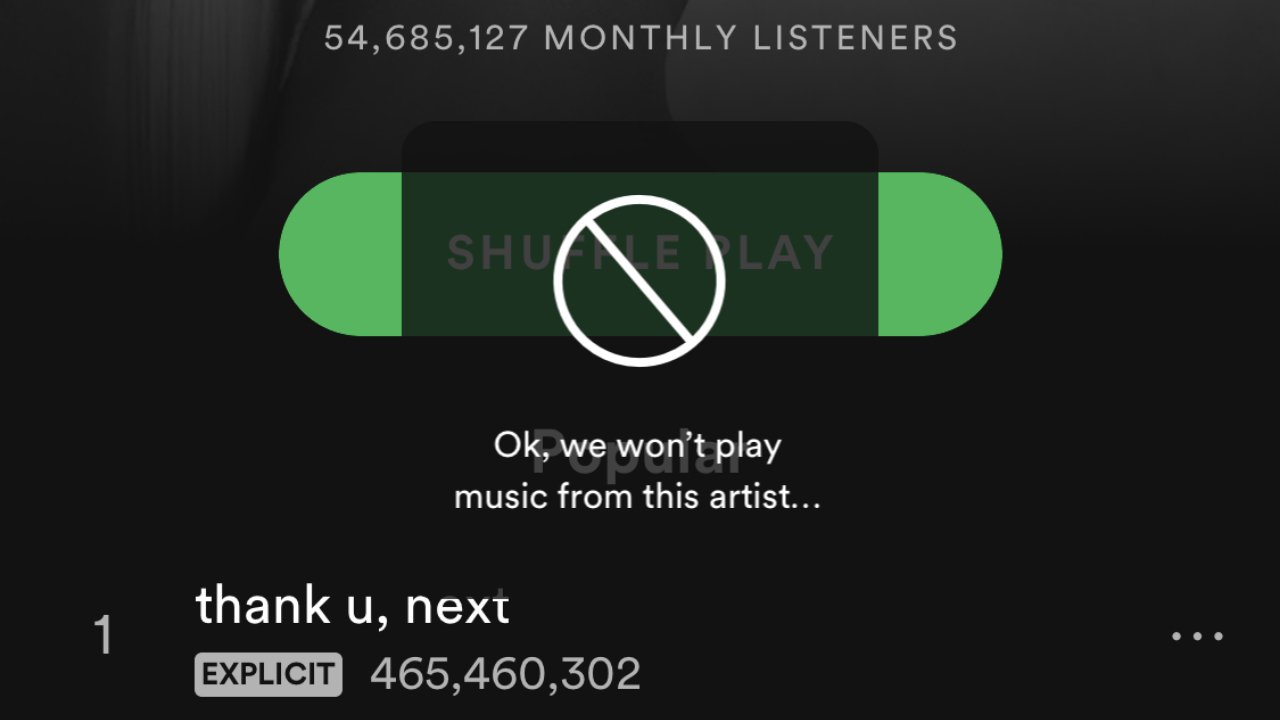 Spotify is testing a block feature in its iPhone and iPad app to mute individual artists listeners don’t want to hear from, and could release it more broadly soon, according to Thurrott which first spotted the feature.

The Verge has tested the new block functionality ahead of its release soon:

Spotify is getting ready to enable a block feature in its apps to mute artists you don’t want to hear from. Spotify is currently testing the ‘Don’t Play This Artist’ feature in its latest iOS app, and The Verge has been able to test the new block functionality ahead of its release soon. The feature simply lets you block an entire artist from playing, so that songs from the artist will never play from a library, playlist, chart list or even radio stations on Spotify.

The Verge notes that the forthcoming block capability currently applies to songs by an individual artist, but it doesn’t work with tracks that an artist is featured on. Thurrott kindly provided the screenshots seen below that show the feature in action. 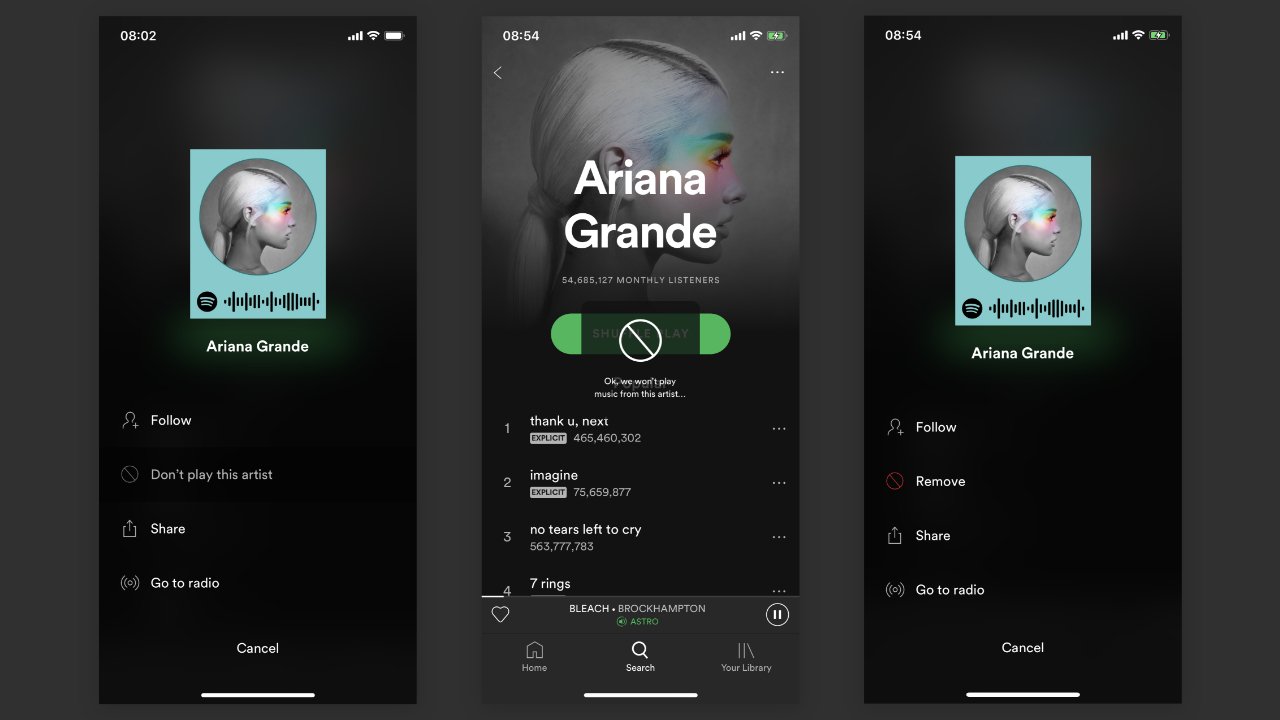 The block feature appears to be in response to a a damning documentary that provided details of R. Kelly’s alleged decades-long sexual violence and abuse, prompting Spotify to remove the artist from its own curated playlists and RCA Records to drop him from its label.

Are you looking forward to artist blocking on Spotify?