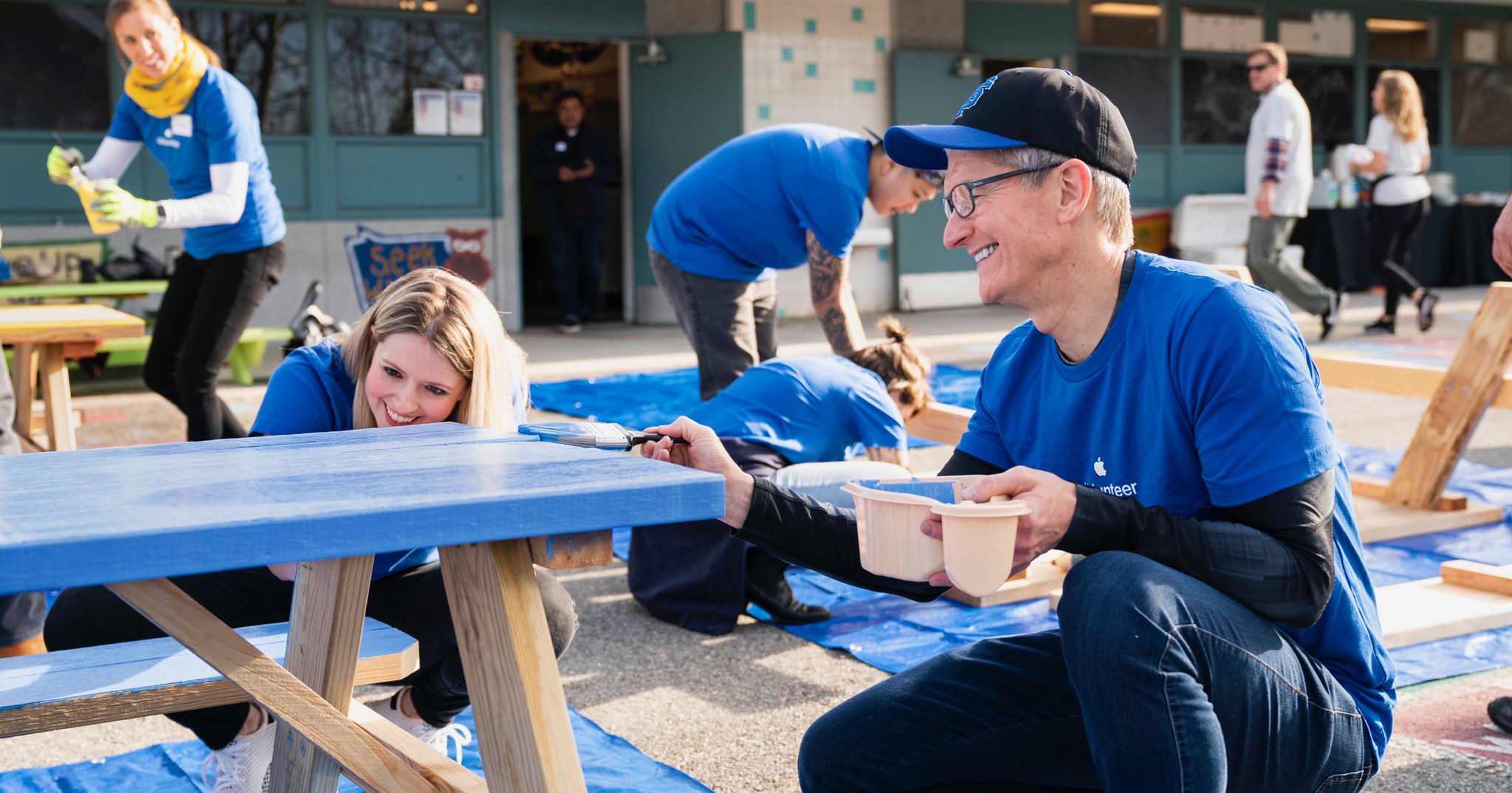 Apple Giving, the iPhone maker’s charitable and volunteer initiative, has raised more than $365 million so far, with $125+ million donated to non-profits around the world in 2018 alone.

Established eight years ago after the company’s operations chief Tim Cook was named the CEO, the program has been matching employee donations dollar for dollar ever since.

That includes China, where Apple is one of the only global companies matching employee donations. Thirty-two Chinese charitable organizations are now eligible to receive funds, including the China Foundation for Poverty Alleviation, which aided more than 175,000 people across 24 provinces with disaster relief and preparedness in 2018 alone.

To illustrate the effort, the Cupertino firm said Monday in a press release that more than a dozen Apple volunteers from the company’s campus in Cork, Ireland visit their school once per week in order to help teach coding, drawing, photography, music and video.

On #MLKDay, let us remember our own duty to do good. As King said: “In this unfolding conundrum of life and history, there is such a thing as being too late. This is no time for apathy or complacency. This is a time for vigorous and positive action.” pic.twitter.com/G2SSY5UfEV

The press release includes several testimonials, including stories about how fourteen-year-old Michael Normoyle and fifteen year olds Seán Harris and Michael McGlue never expected their future careers to involve coding. But they have decided to start the program and now all three would be the first in their families to complete a post-secondary degree.

Tim Cook’s predecessor Steve Jobs wasn’t much of a philanthropist himself, but Cook’s a different beast. Shortly after taking the CEO job, he instituted a program in which for every hour an employee gives or dollar they donate, Apple provides matching funds for both.

In 2018, as mentioned, that added up to more than a quarter of a million hours volunteered and more than $125 million donated to organizations around the world.