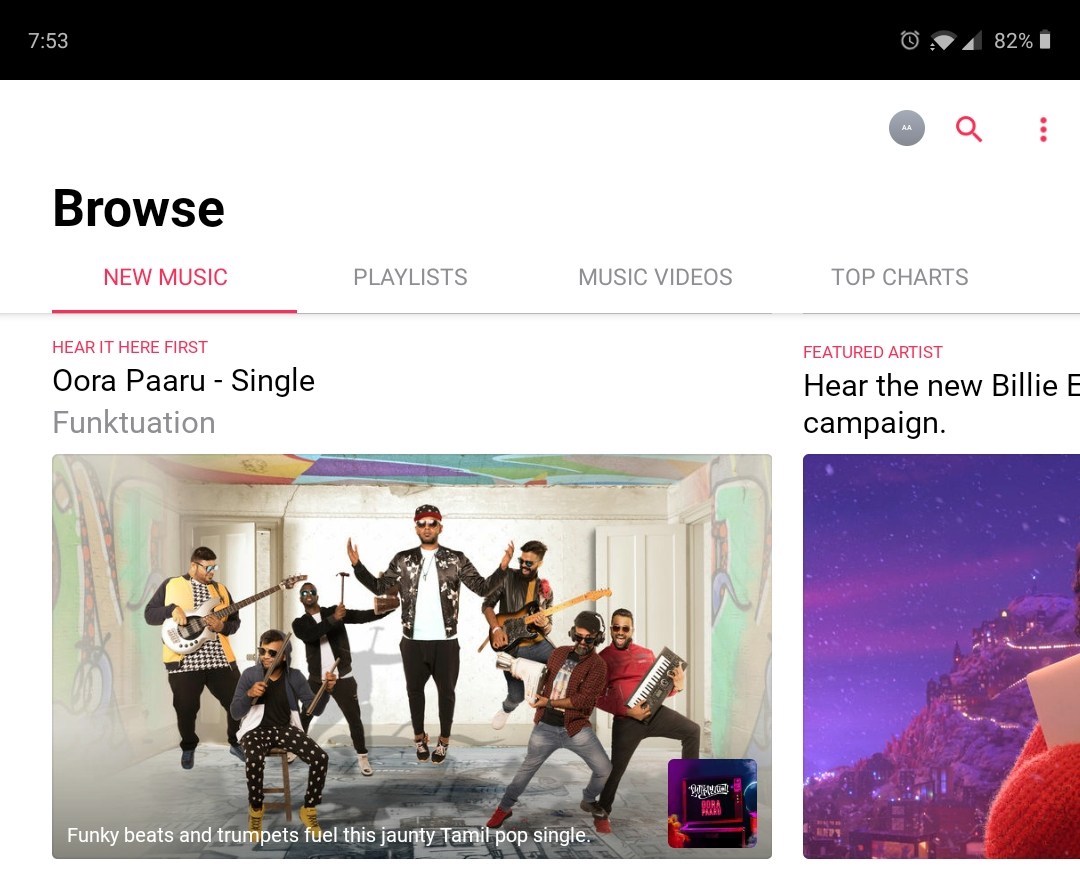 As reported this past weekend by PixelSpot, the tablet UI makes better use of the available screen real estate by showing additional controls and more content, like on iPad. This includes more items in Apple Music’s tabs, like additional playlists and more featured content.

The app’s also ditched the hamburger menu in favor of a bottom navigation bar containing the Library, For You, Browse and Radio tabs. Again, like on iPad but with one exception: the search filed is still located in the top-right corner rather than in the new navigation bar.

Below is the entire changelog of the new beta:

It’s nice seeing Apple targeting Android tablets, more so knowing that the tablet market is now basically an iPad market. Android tablets aren’t that popular anymore so this is especially surprising given Android tablet apps are for the most part auto-enlarged smartphone apps.

If you’re on Android, you can help beta test any unreleased Apple Music features on Android by signing up for beta access, which will allow you to download the beta from Play Store.