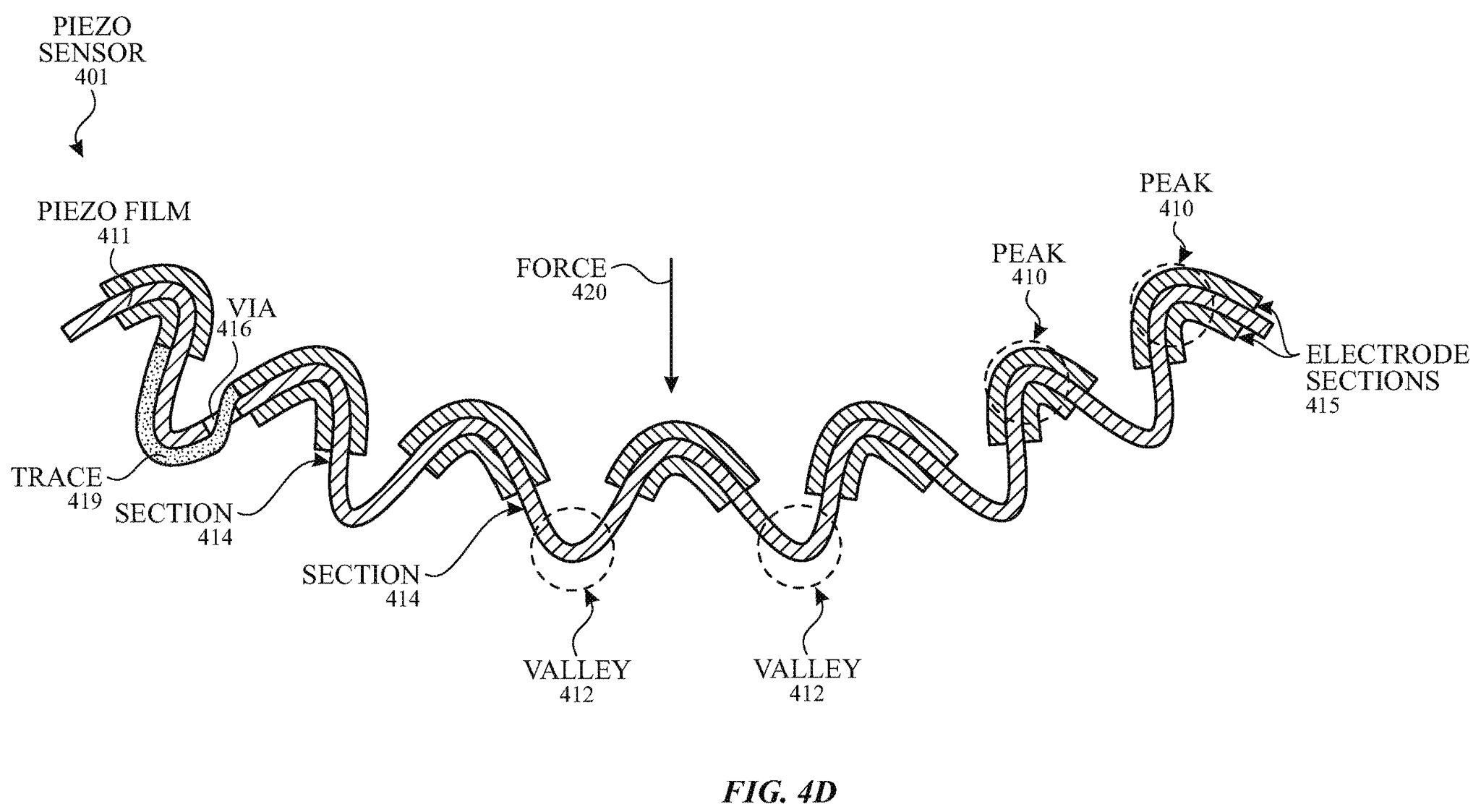 Apple Watch is a great fitness tracker that, with the right app, can even track your sleep patterns so it’s a bit unusual that Apple doesn’t offer its own sleep-tracking functionality in the watchOS software. But as indicated by a new patent application published yesterday, it looks like the Cupertino company could be researching sleep monitoring hardware of its own.

Some embodiments of the piezo sensor mention one or more corrugations, such as “peaks” and “valleys”, in oder to create localized regions with increased mechanical response to force. The disturbances of these areas would generate electrical signals.

Apple’s proposed sleep-tracking solution could be realized either as a thin strip that would be laid on top where a user’s chest is positioned or as a grid of sensors covering the entire bed. 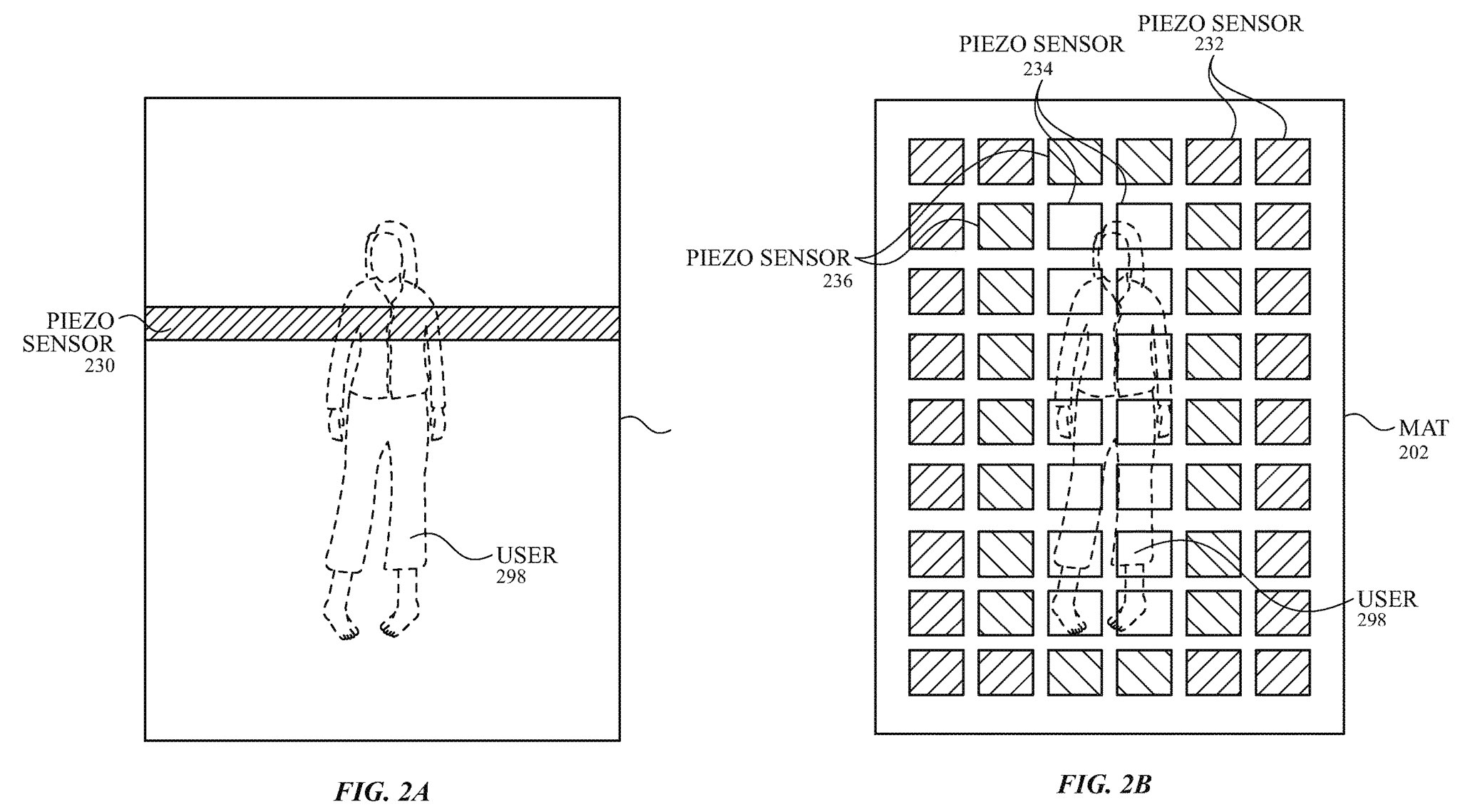 While larger overall, the larger number of monitored sections can allow for other elements to be sensed, such as the way the body lies on the bed, and if there are any particularly heavy spots where there is more pressure on the bed than typical.

The Cupertino giant even sells the Beddit 3 sleep-tracking sensor strip on its webstore. The $150 accessory is thin, flexible and completely ambient so there’s no need to wear or charge it. 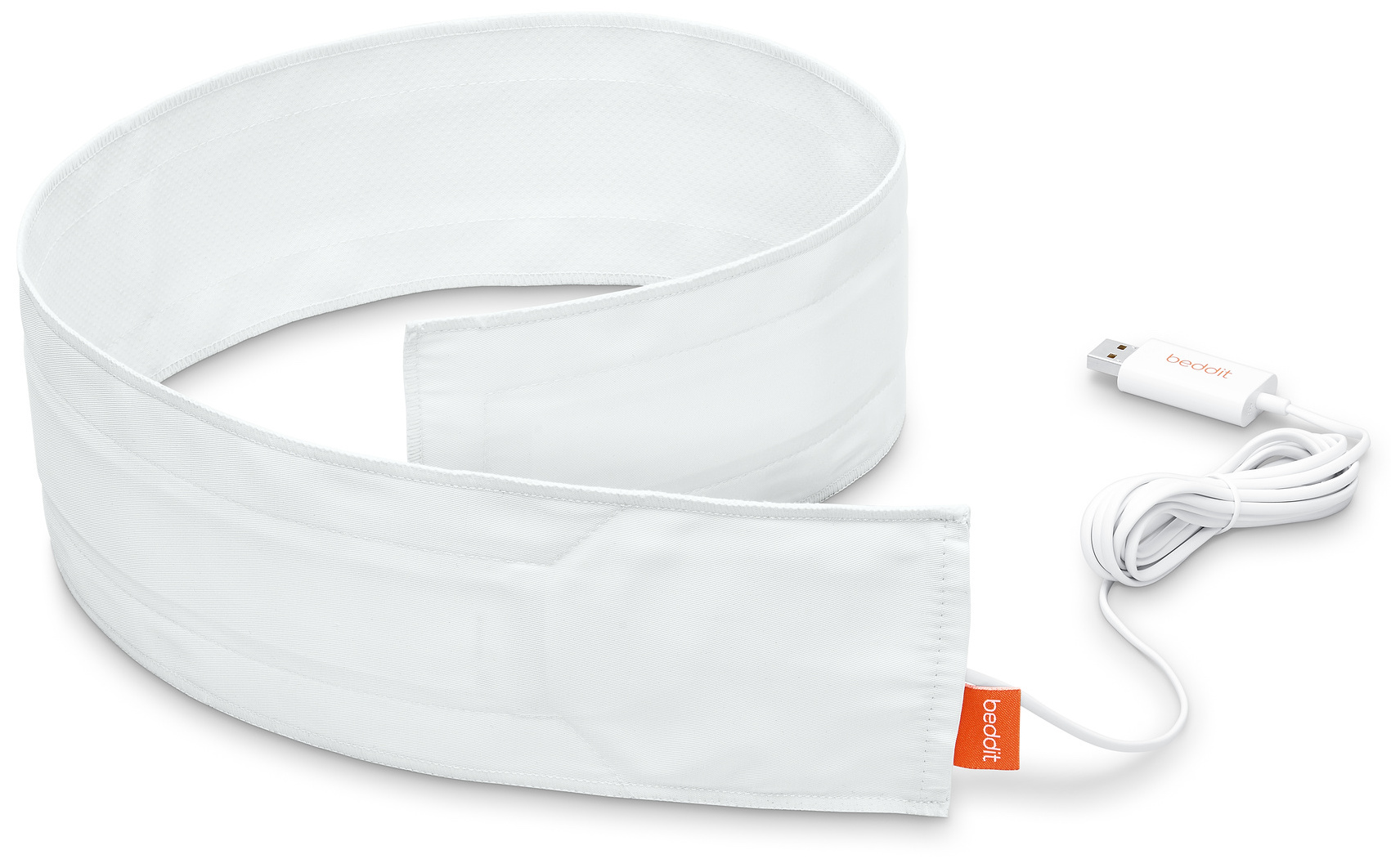 It works in tandem with an iPhone app that helps you achieve better sleep by sensing and automatically tracking when you lie down on the bed. The device collects and analyzes a plethora of sleep-related data such as sleep time and efficiency, heart rate, respiration, temperature, movement, snoring, room temperature and room humidity.

It’s unclear if this patent application is related to the current Beddit technology but this certainly is not the only patent Apple has filed in terms of sleep tacking.

Which leads me to my question of the day: could a dedicated Apple-branded sleep-tracking accessory be cooking in Jony Ive & Co.’s laboratory ?