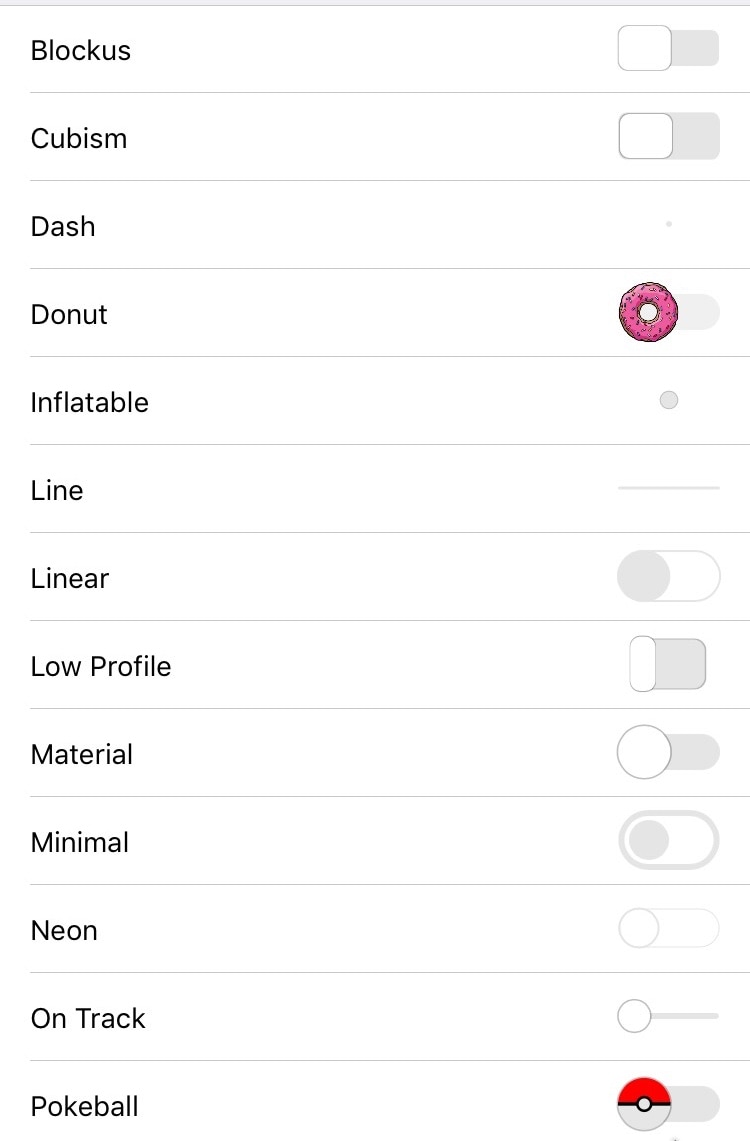 Enter Switches, a new jailbreak tweak by iOS developer c1der that resolves this problem by letting you put a custom spin on your jailbroken handset’s system-wide toggle switches.

If you’re familiar with theming, then changing the look and feel of iOS’ toggle switches is probably nothing short of familiar to you. Switches brings this capability to themers and non-themers alike in the form of an easy-to-use and all-in-one jailbreak tweak.

After installation, you’ll find a new preference pane in the Settings app where you can make your selection from the bevy of new switch types:

Right out of the box, Switches comprises of the following switch themes:

At the top right of the preference pane, you’ll find a respring button where you can save any changes you make to the tweak on demand.

I personally enjoy the idea of theming the toggle switches throughout iOS. Given just how much I enjoyed the DayNightSwitch tweak when it launched two years ago, it’s no wonder that I’m attracted to Switches too.

If you’re interested in trying Switches for yourself, then you can download it for free from Cydia’s BigBoss repository. Upon installation, you’ll need to purchase the tweak from its preference pane in the Settings app for $1.00. Switches plays nicely with all jailbroken iOS 11 devices.

What’s your favorite toggle switch theme in Switches? Share in the comments section below.