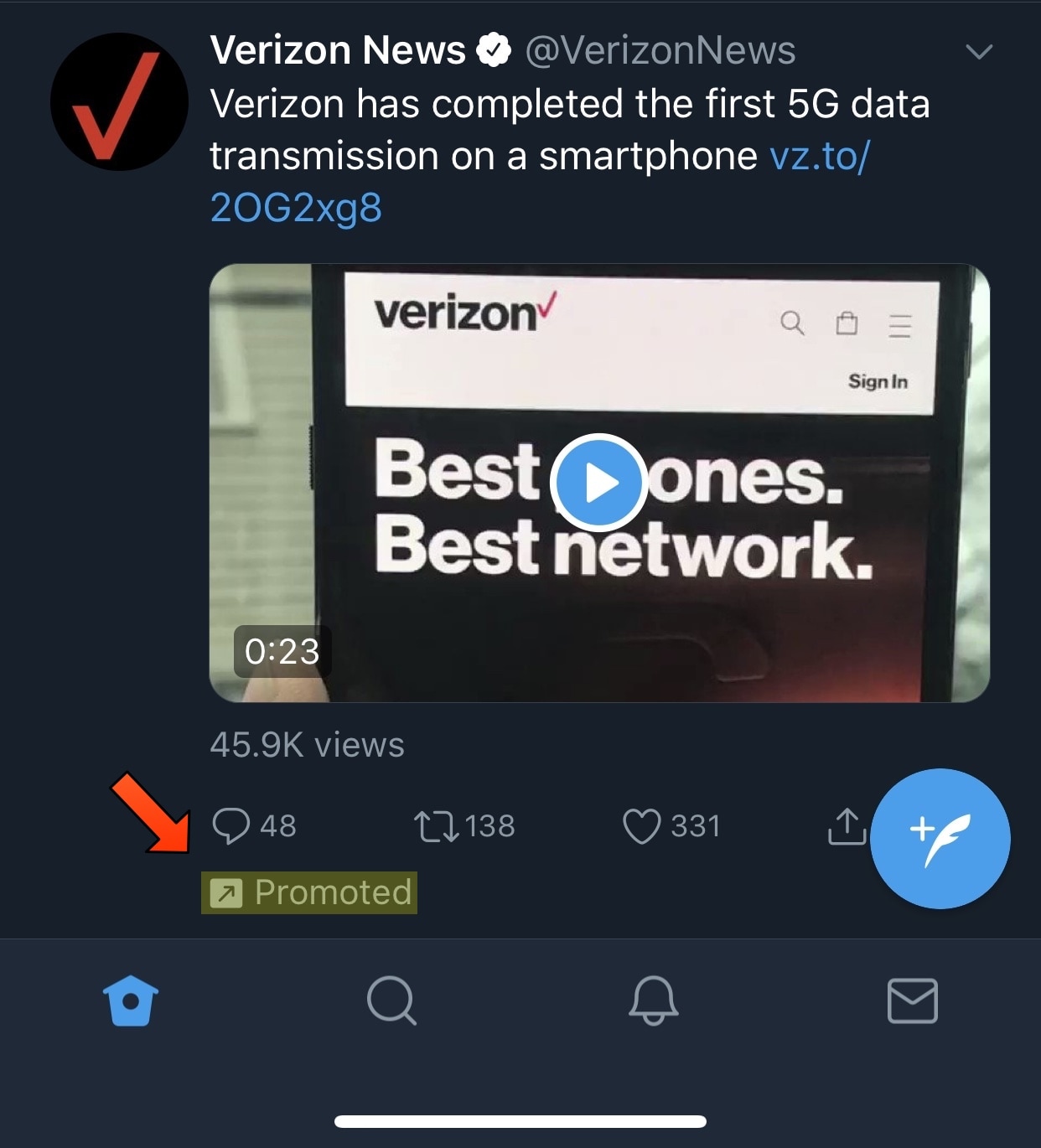 While I enjoy using Twitter, I’ve come to frown upon  the bevy of promoted Tweets that litter the News Feed viewing experience. Fortunately, you can now get around this if you have a jailbroken device.

Upon launching the Cydia Store and refreshing your sources, you should notice a new free jailbreak tweak called NoTwitterAds by iOS developer Chloee. This tweak does away with all promoted Tweets in your News Feed, much like the one shown above.

Given how Twitter is a follower-based social network, it should come as no surprise that I only want to see content from people I follow. Promoted Tweets undermine this concept, often to be sly and push pollical propaganda or company jargon in between Tweets from those you follow.

NoTwitterAds doesn’t come with any options to configure, so it’s easy to use. After you’ve installed the tweak, you shouldn’t notice any  of these promoted Tweets in your News Feed anymore.

Perhaps unsurprisingly, NoTwitterAds only impacts your Twitter experience on the device it’s installed on. Promoted Tweets will still appear in your News Feed on any of your un-jailbroken handsets or in your computer’s Web browser, which is something to keep in mind.

If you’re interested in doing away with promoted Tweets on your jailbroken device, then you can download NoTwitterAds for free from Cydia’s Packix repository. The tweak works on all jailbroken iOS 10 and 11 devices.

Are you excited to see a way to opt out of Twitter’s promoted Tweets program? Share in the comments section below.