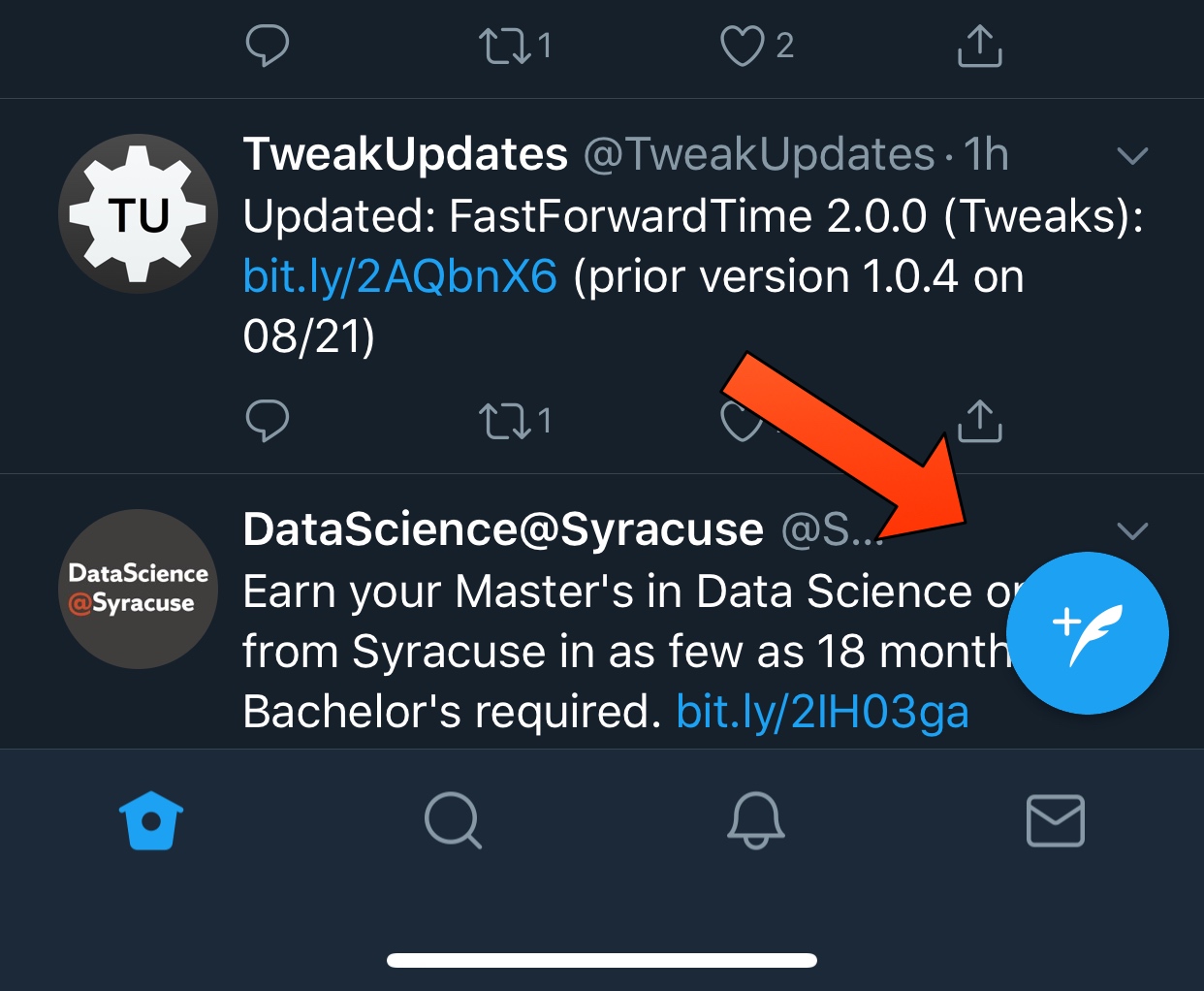 In a recent update to the official Twitter app, the social network now requires mobile users to tap a floating button at the bottom-right of the screen to compose a Tweet.

Unfortunately, Twitter doesn’t let users move the floating Tweet composition button out of its default location, but with a new free jailbreak tweak called MovableTweetButton by iOS developer Chloee, you can finally drag it out of your way.

You won’t find any options to configure after installing MoveTweetButton, and that’s the beauty of its simplicity. Instead, all you need to do is tap and drag on the Tweet composition button to move it wherever your heart desires: 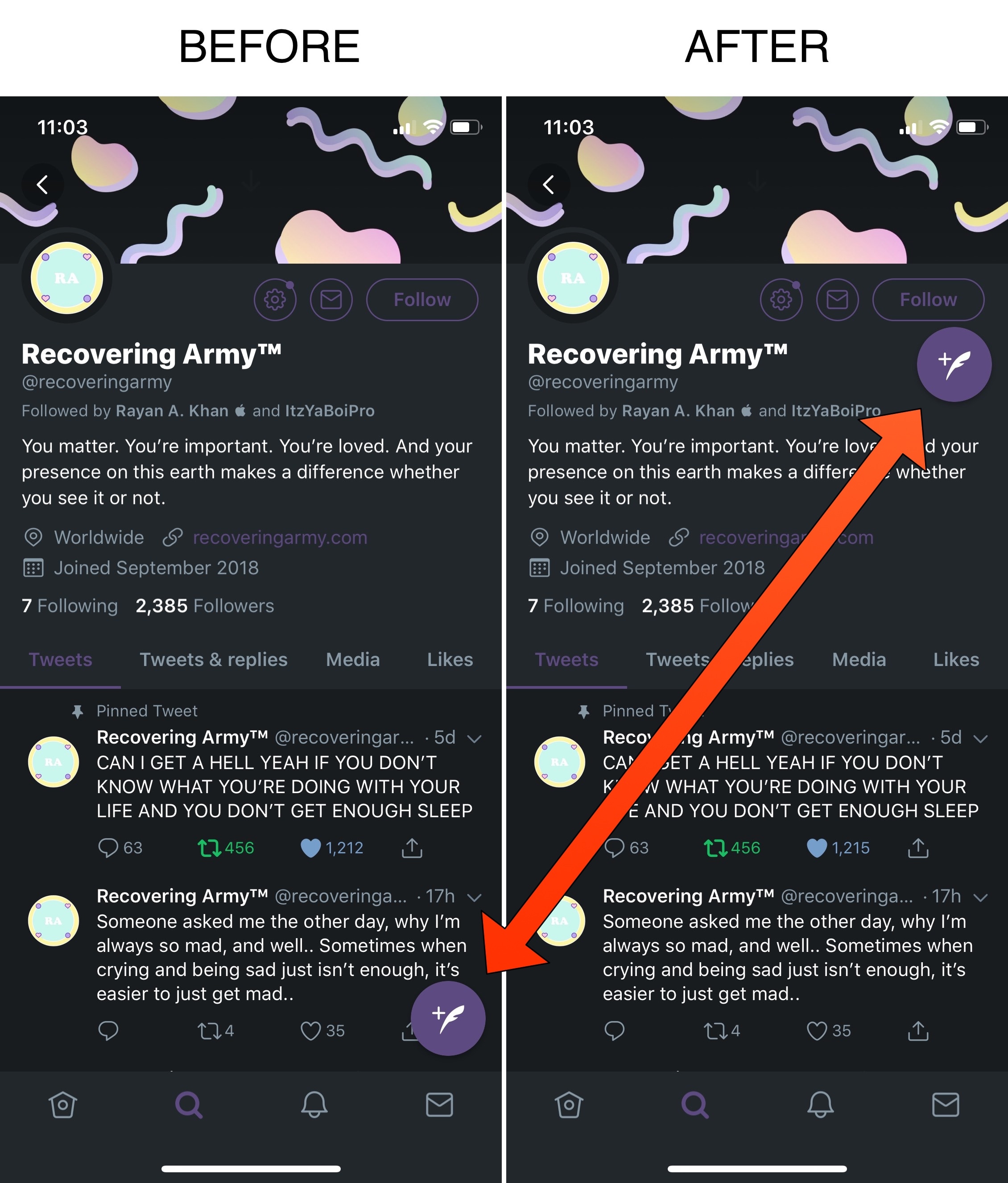 At first glance, the execution reminds me a lot of Facebook Messenger’s Chat Heads feature. I’ve noticed that the Tweet composition button sometimes covers Tweet content in my News Feed, and for that reason, being able to move it around can be convenient in certain circumstances.

If you’re interested in trying MovableTweetButton, then you can download it for free from Cydia’s BigBoss repository.

Are you happy to finally have a means of moving the Tweet composition button? Share why or why not in in the comments section below.