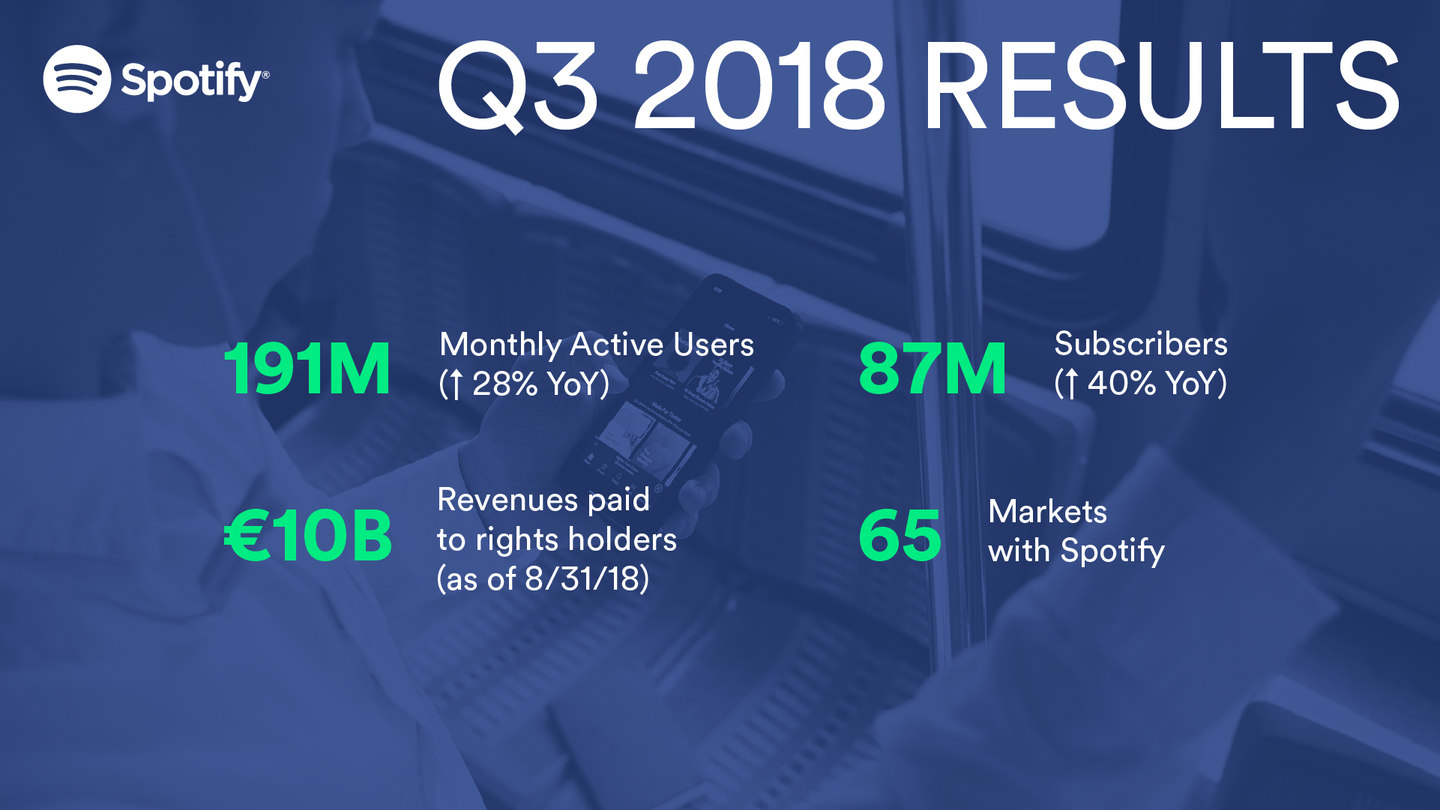 The leading music-streaming service Spotify now has 87 million paid listeners worldwide and a total of 191 million monthly active users who are on either paid or free tier.

The latest numbers were reveled in Spotify’s September quarter earnings out this morning.

On an annual basis, paid users grew 40 percent and monthly active users were up 28 percent.

Spotify’s guidance for the Christmas quarter calls for 93-96 million paid subscribers and between 199 million and 206 million monthly active users around the world.

In spite of strong competition from Apple Music, Spotify has managed to find ways of growing both its paid and free subscriber base, which is no doubt music to its investors’ ears. Some of their moves include a bunch of promotional activities like a student-focused deal that bundles Spotify, Hulu, and Showtime for just five bucks per month.

Apple Music earlier this year overtook Spotify in terms of US subscribers after surpassing a cool 50 million combined trial + paid subscriptions in May 2018, prompting an investor to liken Cupertino’s music-streaming service to a $10 billion business.

Keep in mind that Apple Music does not have a free tier like Spotify.

The Apple-Spotify rivalry looks to be intensifying with today’s news that the Cupertino technology giant recently held talks with iHeartMedia, the largest US radio group, about a potential deal that might see Beats 1 and Apple Music debut on broadcast radio.

Earlier in October, Spotify launched a beta of its own podcasting service.