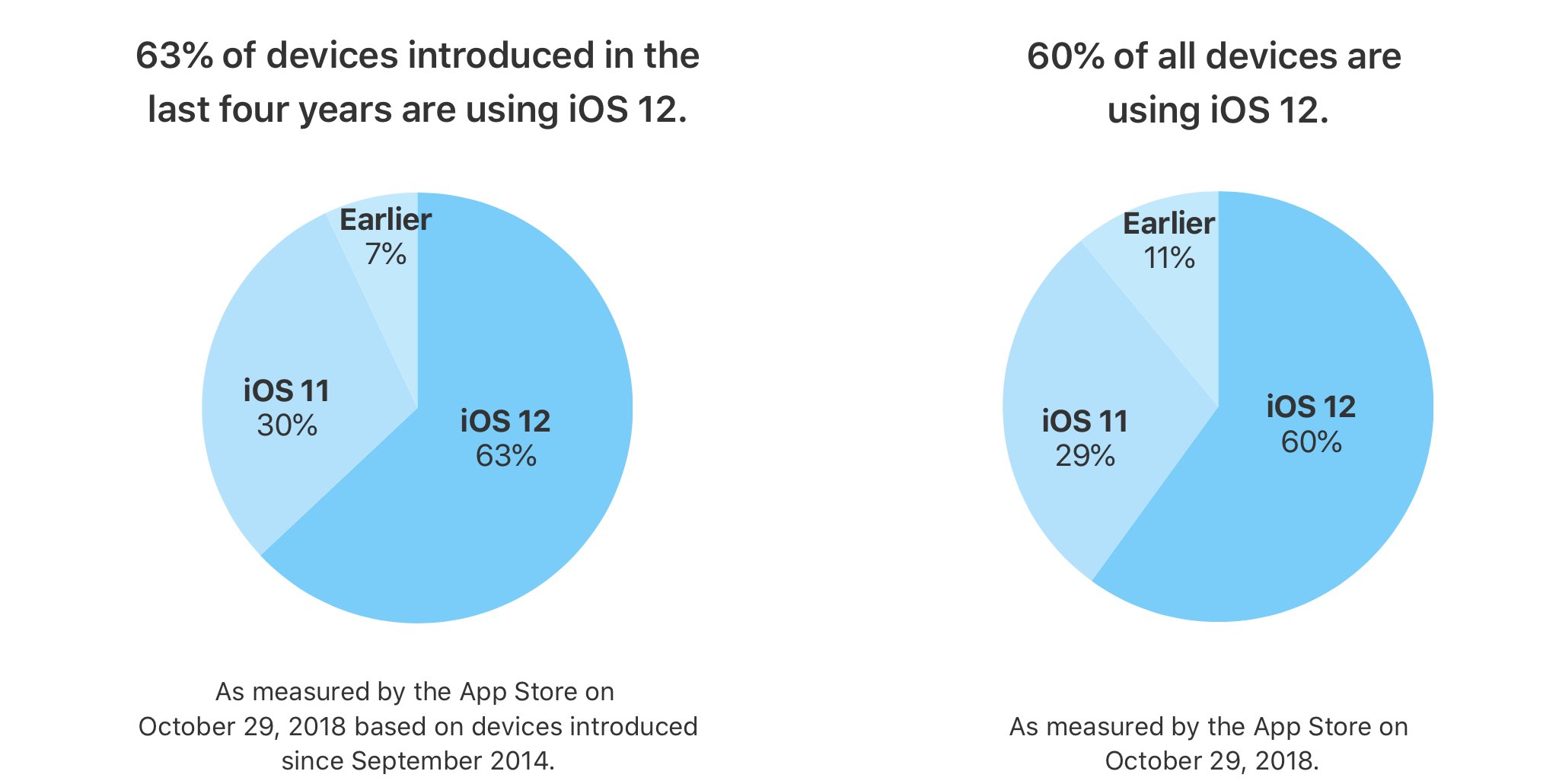 Apple’s major iOS 12 update is now powering 63 percent of active iPhone, iPad and iPod touch devices just a month and a half following its release on September 17, 2018 (44 days ago).

The latest stats were shared on Apple’s App Store support page for developers.

iOS 12 seems to be on a nice upward trajectory.

Announced in June and released in September, iOS 12 largely focuses on performance, security and battery-saving improvements, as well as added functionalities including ARKit 2, Shortcuts, Screen Time, notification grouping and much more.

In comparison with iOS 12, 2017’s iOS 11 update had a slower adoption than 2016’s iOS 10. This can be blamed on the widely reported controversies, from an early HomeKit bug and vulnerabilities like Spectre and Meltdown to the accusations that Apple throttled the performance of older devices in software but failed to disclose the practice properly to users.