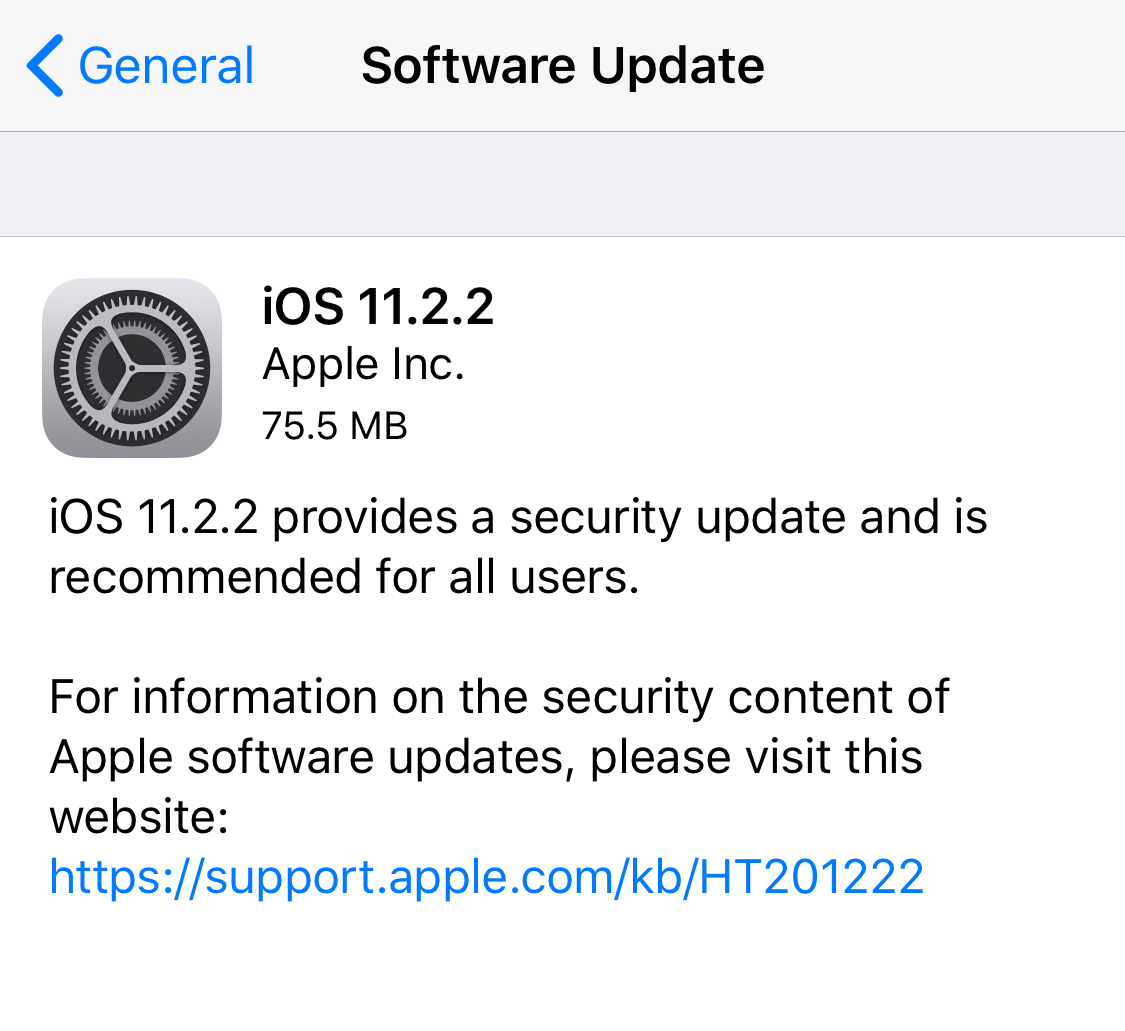 Apple on Monday issued the new iOS 11.2.2 software update for iPhone 5s and later, iPad Air and later and the sixth-generation iPod touch, as well as the new macOS High Sierra 10.13.2 Supplemental Update for Mac computers.

The iOS 11.2.2 software update can be easily applied over the air by going to Settings → General → Software Update on your iOS device or through desktop iTunes. The Mac update is available via the Updates tab in Mac App Store.

The iOS 11.2.2 firmware is also available via iDownloadBlog’s Download webpage.

According to release notes accompanying the download, iOS 11.2.2 and macOS High Sierra 10.13.2 provide a security update and are recommended for all users.

The company’s support documents for iOS 11.2.2 and macOS High Sierra 10.13.2 clarify that these updates provide further fixes for the Spectre vulnerabilities that made rounds last week.

Specifically, both new iOS and macOS updates include security improvements to Safari and WebKit which mitigate the effects of the Spectre vulnerabilities, the company acknowledged.

If you’d like to learn more about the exploits and how Apple is mitigating them, read the relevant document on Apple’s website and Andrew’s post from last week.

For additional information on the security content of iOS 11.2.2 and macOS High Sierra 10.13.2, check out the company’s support document on Apple’s website.