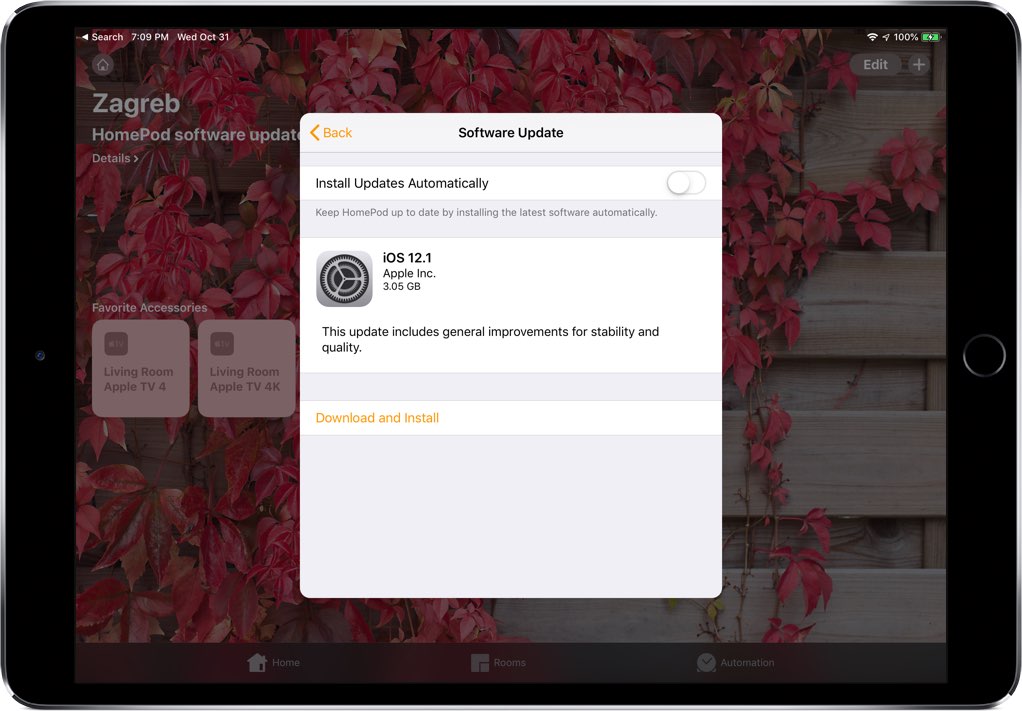 Apple today released the iOS 12.1 software for its Siri-powered HomePod speaker, which according to the official changelog includes general improvements for stability and quality.

Your Apple wireless speaker will automatically download and install the update.

If you have elected to install HomePod software updates manually, apply the over-the-air update by opening the Home app on your iPhone or iPad, then tap the Home tab and hit the icon in the upper-left corner to access the hidden settings.

TUTORIAL: How to manually update the software on your HomePod

Next, choose Software Update underneath the Speakers heading and wait a little until you see the update, then tap the button labeled Download and Install which does just that.

watchOS 5.1 beta was however pulled over bricking some watches but should return shortly.