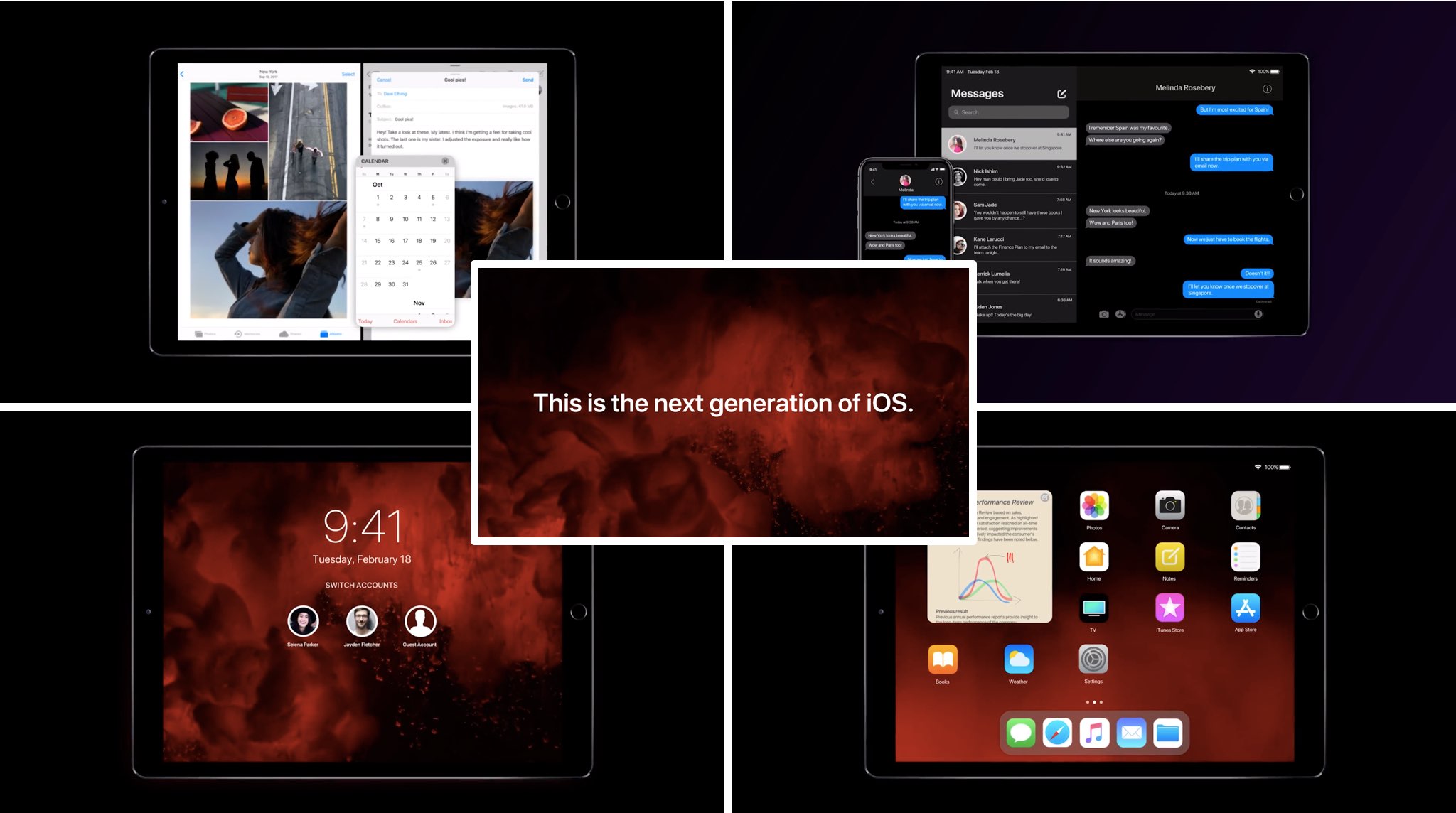 Apple is busy selling new iPhones and is about to unveil refreshed iPads, but that doesn’t mean that the next major version of iPhone and iPad mobile operating system, iOS 13, is not being worked on as we speak. In fact, Bloomberg broke in the summer that iOS 13 would bring an overhauled Home screen, tabs in all apps, multitasking enhancements and other perks.

On top of that, code strings in existing iOS releases suggest that the Cupertino tech giant has laid the groundwork for a system-wide Dark Mode in iOS 13 similar to Mojave’s new Dark Mode.

TUTORIAL: This Mac app lest you quickly switch between Dark and Light mode

The evolution continues with iOS 13. Add notes to the home screen, explore the dark side with Dark Mode, check notifications at a glance and do a whole lot more with the next generation of iOS. With new ways to get things done, protect your data and share your device, iOS 13 puts the power of productivity in your hands.

“I really tried to push myself with the quality of this concept and I’m ecstatic with the end result,” he noted. Would you say he nailed it?

What are your own expectations regarding the most important new features in iOS 13?

Don’t be shy and share your own predictions in the comments down below!