iOS hacker Pwn20wnd took to Twitter Friday evening to announce the release of unc0ver RC9, which is yet another update for the brand-new iOS 11 jailbreak tool this week that provides its users with some notable improvements. 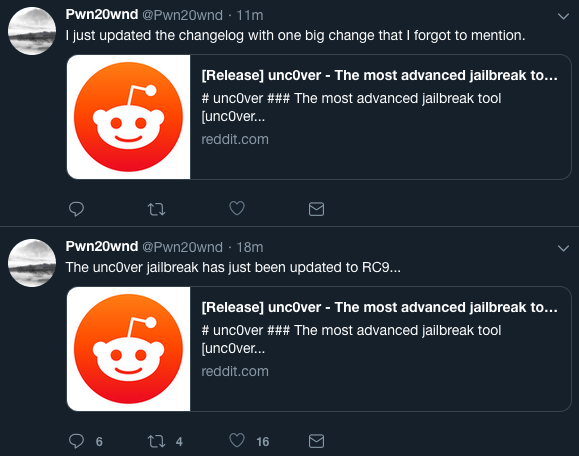 For those unaware, unc0ver supports all iOS 11.0-11.4 beta 3 devices. It’s a semi-untethered jailbreak just like Electra. This means that you need to re-run the tool after every reboot, but it does include a newer Saurik-approved version of the Cydia Store that runs better on iOS 11.

If you’re currently using an older version of the unc0ver jailbreak on your handset, then you’re advised to download RC9 from Pwn20wnd’s official Github repository at your earliest convenience to take advantage of the latest improvements.

If you’ve tried unc0ver RC9, has it fixed the problems you’ve been experiencing? Let us know in the comments section below.