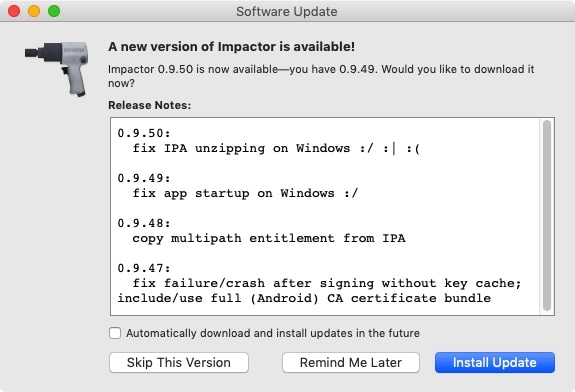 Saurik (Jay Freeman) issued yet another update for the Cydia Impactor side-loading utility on Tuesday, bringing it up to version 0.9.50. It’s the third update for the tool released this week.

Cydia Impactor 0.9.50 fixes a bug that would prevent .ipa unzipping on Windows-based platforms. That said, if you’re using Windows and experiencing  problems jailbreaking with unc0ver, then you might want to grab this update.

Windows is certainly the target audience for this particular Cydia Impactor update, but it’s also available for macOS and Linux-based machines. That said, we recommend everyone grabs the update to ensure they have the latest improvements.

Has Tuesday’s Cydia Impactor update fixed any jailbreaking issues for you? Share in the comments section below.