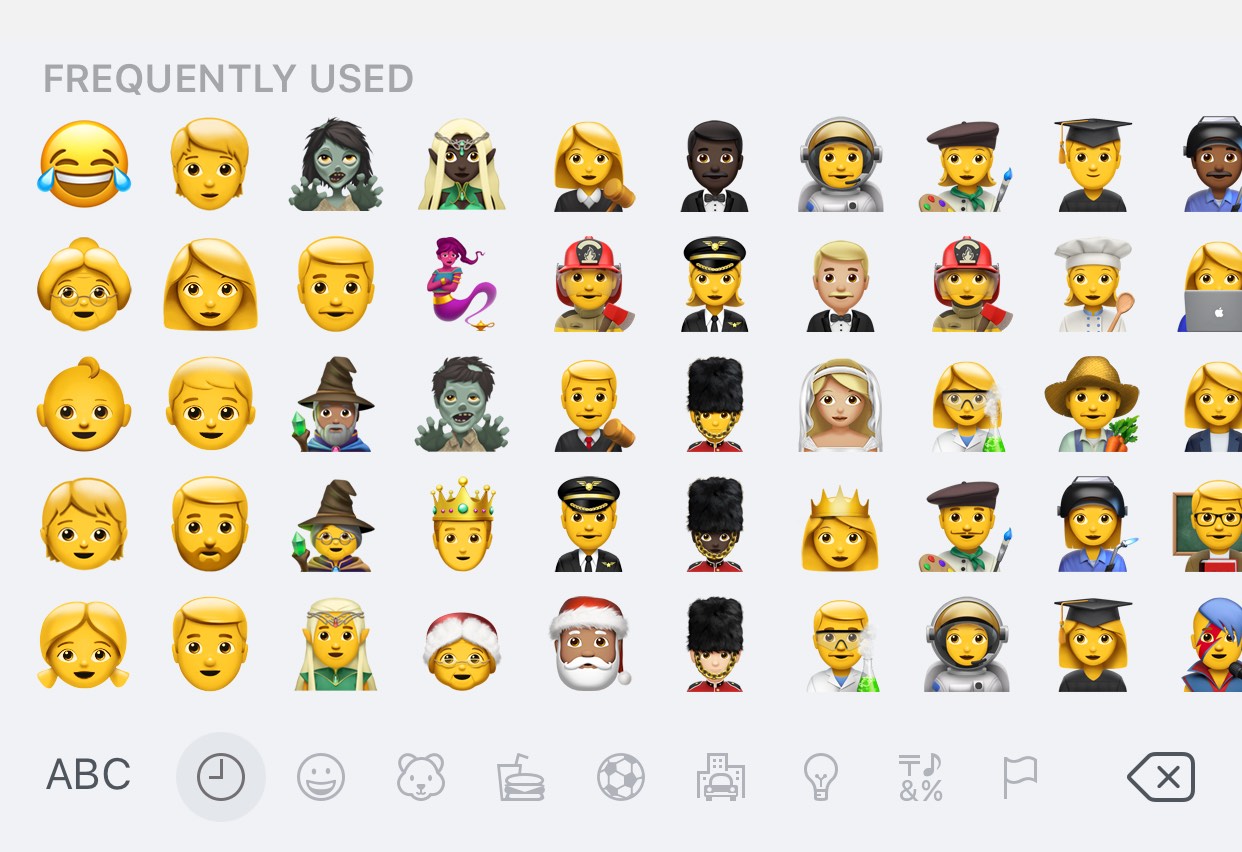 If you send and receive Emojis from your iPhone or iPad often, then you’re probably familiar with the iOS keyboard’s “Frequently Used” section.

The Frequently Used section hosts the top 30 Emojis you use most often for faster access, but with a new free jailbreak tweak called MoreFrequentlyUsedEmojis by iOS developer A_H_Rabie, you can now increase that number to 50.

The screenshot example above depicts how MoreFrequentlyUsedEmojis lets you access more of your favorite Emojis at a glance.

On a stock handset, the Frequently Used section in the iOS Emoji keyboard displays six columns of five Emojis. But after you install MorefrequentlyUsedEmojis, you get 10 columns of five Emojis, which fills the entire width of the display and gives you a larger surface area from which you can type your favorite Emojis.

If you often use Emojis to share your feelings with friends and family while sending them text messages, then this tweak could potentially save you some time by complementing your typing workflow and reducing the time you spend searching for the perfect Emoji.

Without any options to configure, MoreFrequentlyUsedEmojis takes effect immediately after installation. If you should ever want to disable the tweak for any reason, you would need to uninstall it from Cydia.

If you’re interested in giving MoreFrequentlyUsedEmojis a try, then you can download it for free from Cydia’s BigBoss repository. The tweak works on all jailbroken iOS 9, 10, and 11 devices.

Will you be using MoreFrequentlyUsedEmojis to complement your typing workflow? Share why or why not in the comments section below.