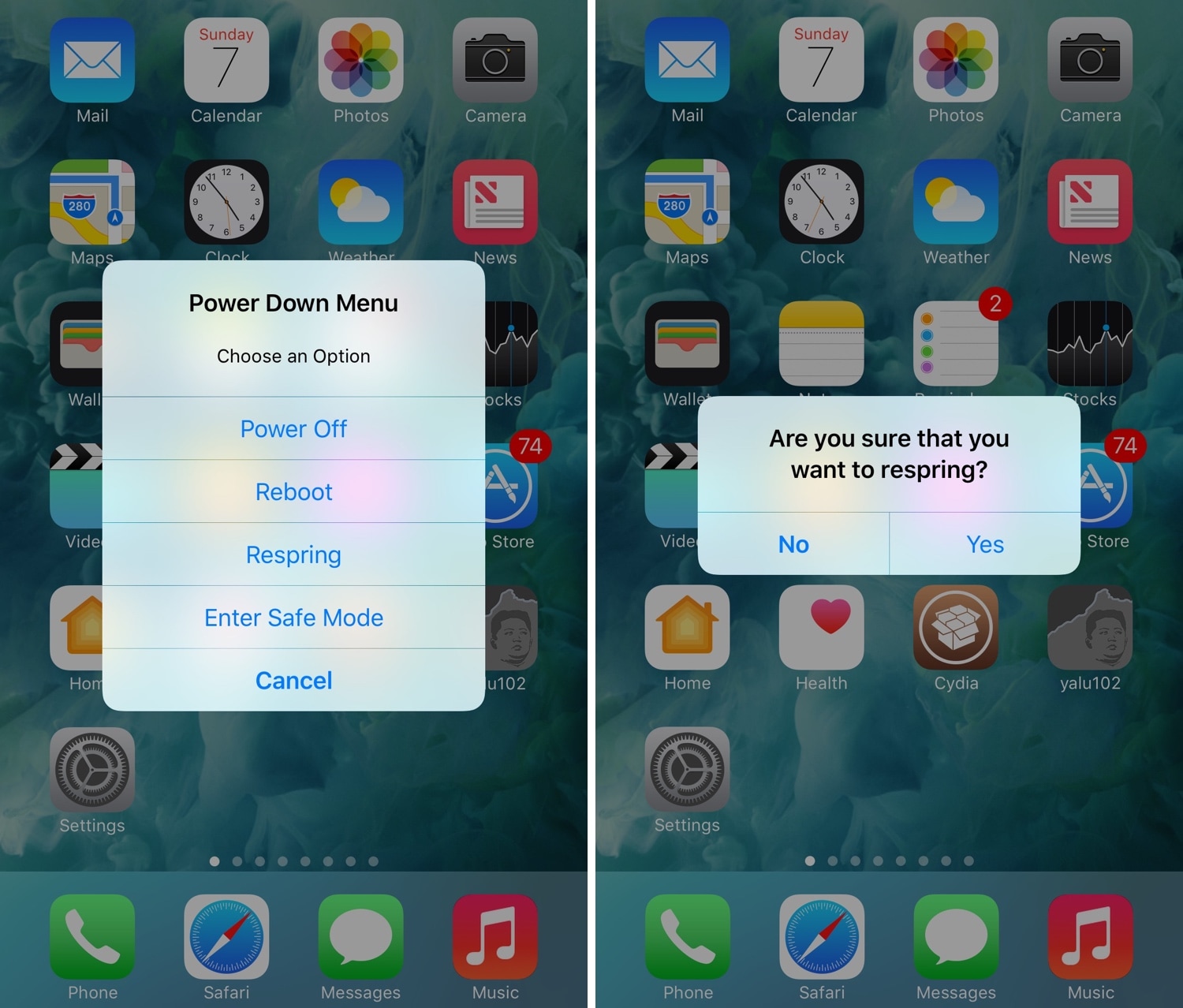 As most iOS device owners know, you can press and hold on the sleep/wake button to invoke a power down menu on your handset. From there, you can shut it down; but wouldn’t it be nice if you could do more from this interface?

After you install Simple Power Down, you can press and hold on the sleep/wake button to invoke the updated power down menu you see above. This pop-up replaces the stock interface and includes a bevy of options, including:

You’ll also notice how the tweak displays a confirmation pop-up after tapping any of the options in the power down menu; this is intended to confirm your action in the event of tapping on something by mistake.

Simple Power Down adds a preference pane to the Settings app where you can configure a couple of options: 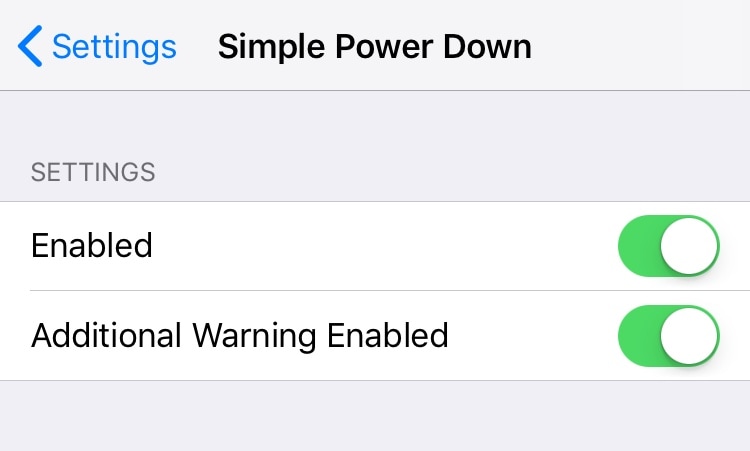 If the idea behind Simple Power Down seems familiar, that’s because it’s not the first jailbreak tweak to improve iOS’ power down menu interface. It exists merely because it’s another way of getting the job done.

Citing the developer, Simple Power Down should work with all jailbroken 32-bit and 64-bit iOS devices running iOS 8 through iOS 11. If you’re interested in giving it a try, then you can download it for free from Cydia’s BigBoss repository.

Have you downloaded Simple Power Down yet? Share in the comments section below.