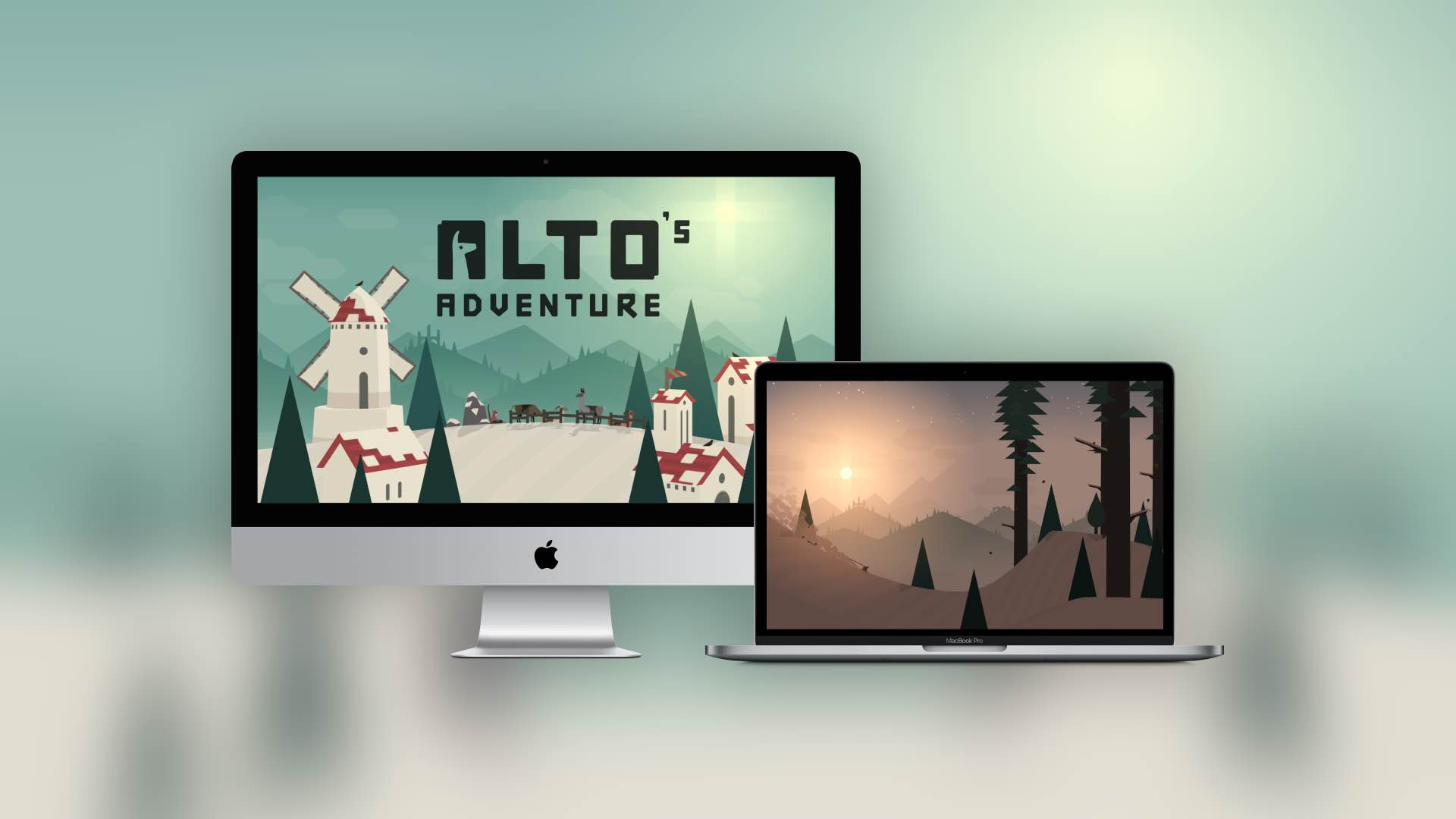 Two months after making a leap from iPhone to Android, the endless snowboard odyssey Alto’s Adventure is now available for macOS in Mac App Store, too.

“We’ve put a lot of effort into the smaller details to ensure that the game feels like a real Mac app, and not just a straight Unity port,” developer Snowman said.

Ever since we launched the game on iOS we’d always wanted to do a Mac version, and we’d actually begun working on it a long time ago. We kind of got tied up with the tvOS version when that launched, and then of course, Alto’s Odyssey. When Apple announced the new Mac App Store at WWDC this year we knew it was time to dust off the code and bring it to the finish line.

Priced at $9.99 and free of IAPs and ads, the game has all of the hallmarks of the original title you’ve come to love. Just like the iOS version, Alto’s Adventure for Mac is set against a beautiful, procedurally-generated terrain alpine landscape.

Join Alto and his friends as they embark on an endless snowboarding odyssey. Journey across the beautiful alpine hills of their native wilderness, through neighboring villages, ancient woodlands and long-abandoned ruins.

Along the way you’ll rescue runaway llamas, grind rooftops, leap over terrifying chasms and outwit the mountain elders—all while braving the ever changing elements and passage of time upon the mountain.

The Mac version plays with a mouse button that you click to jump, perform back flips, turns and other tricks. And when you’ve grown your scarf long enough (by performing tricks) to use the wing suit, click the Wingsuit button to activate this feature or, even better, click anywhere with the secondary mouse button or hit the Shift button on the keyboard.

And here are your key highlights:

Alto’s Adventure made its debut on iPhone in February 2015, here’s the original trailer.

I wrote in my review of Alto’s Odyssey shortly following its release on App Store more than three years ago that I thought it was one of those apps worth the price, thanks to its lush, gorgeous graphics, smooth execution, inspiring landscapes, soothing music and longevity.

The official sequel, Alto’s Odyssey, released in February of this year.

Our Odyssey review called the game more than a worthy follow up to the classic, noting it’s even better than the original. Can we expected Odyssey to hit the Mac at some point, too?

I asked Ryan and his answer was that while he cannot comment on any timing or other details, there’s “a good chance” that Alto’s Odyssey will make its way to the Mac at some point.