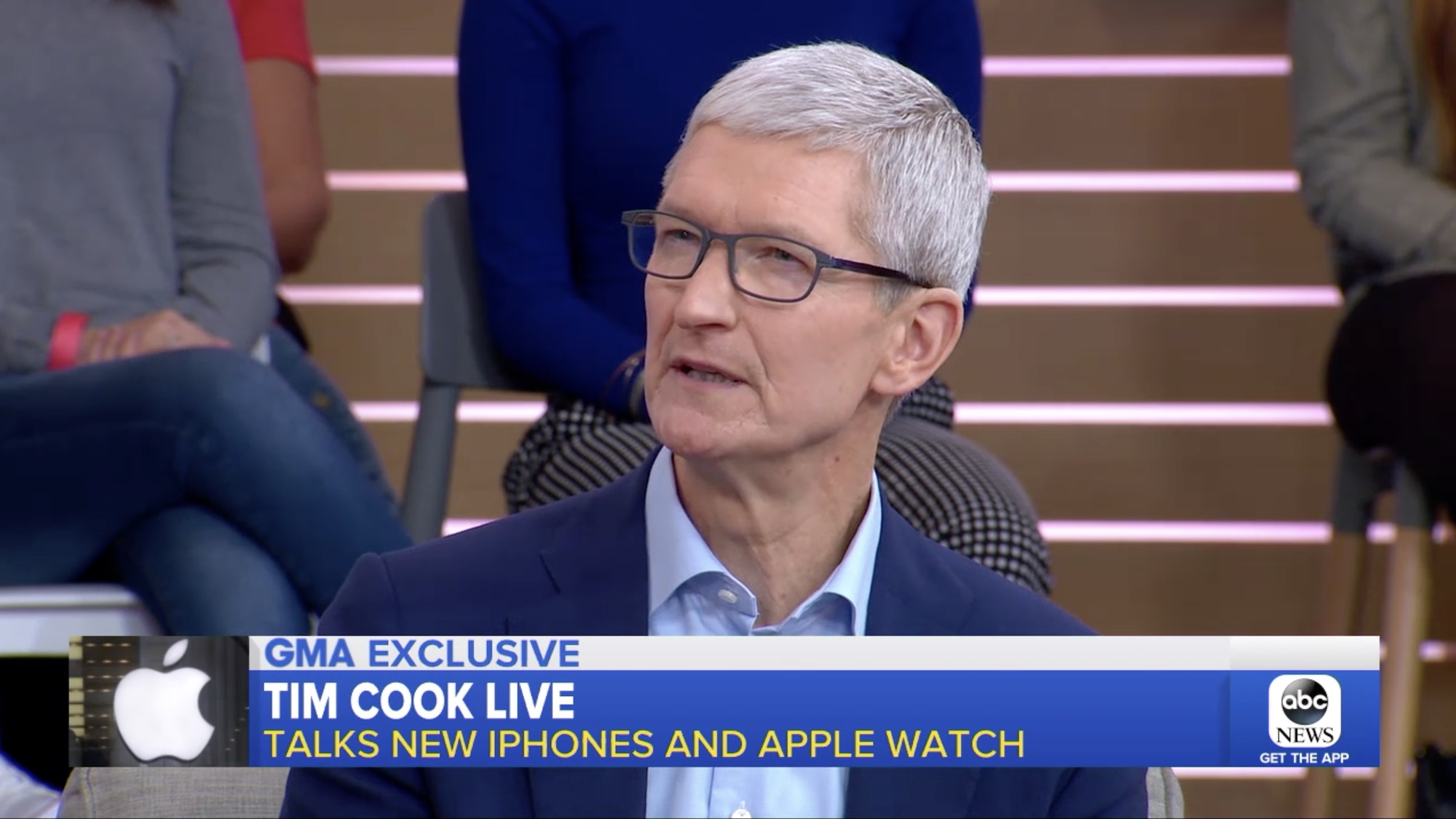 Host Robin Roberts pressed Cook on the price of the new phones, which top out at $1,449 for the 512GB iPhone XS Max model.

We want to make an iPhone for everyone. The way most people pay for these, as it turns out, is they do a deal with a carrier, and they pay so much per month. So if you look, even the phone that’s priced over a thousand dollars, most people pay about $30 a month for it, and so it’s about a dollar a day.

He also explained that since the introduction of the iPhone, consumers no longer have to purchase separate digital and video cameras, a digital music player, or other products.

Meanwhile, Cook called himself “optimistic” about the trade situation, explaining that “trade is one of those things where it’s not a zero-sum game.” He hoped both sides would be able to resolve their issues soon.

When pressed, the CEO said Apple’s products aren’t just made in China. Instead, “The iPhone is assembled in China, but the parts come from everywhere including the United States.

The glass comes from Kentucky, there are chips that come from the U.S., and of course the research and development is all done in the United States. So, I don’t want to speak for them, but I think they’ve looked at this and said that it’s not really great for the United States to put a tariff on those type of products.”

Other topics Cook discussed in the interview included the Apple Watch’s new ECG monitor, iOS 12 Memoji, and what type of responsibility Apple had as the world’s first trillion dollar company.

FULL INTERVIEW: @RobinRoberts is with @tim_cook to talk about the brand new iPhone and Apple Watch–plus they love the new Memoji feature. https://t.co/0wZJnpowI9 pic.twitter.com/BpDyoANSES