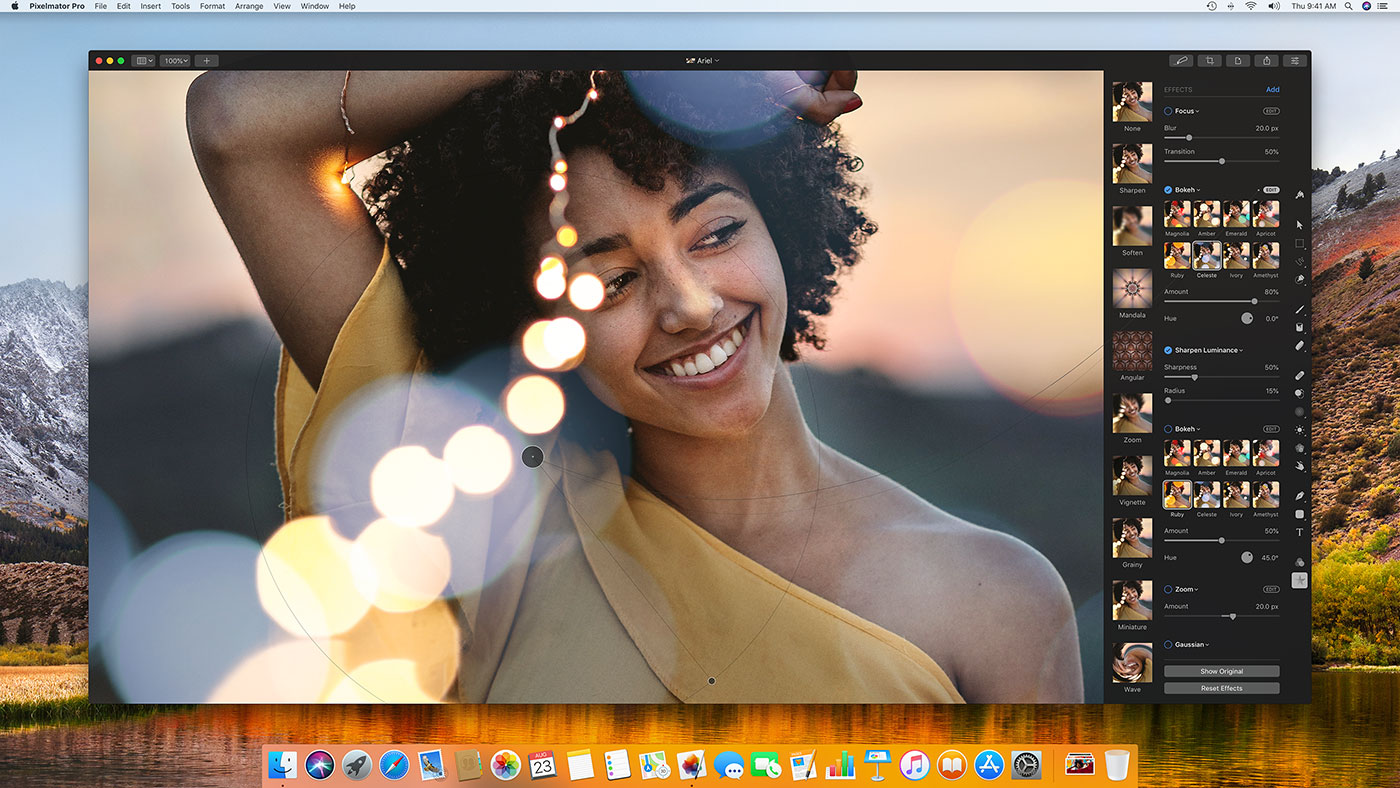 Pixelmator Pro, a very capable Photoshop alternative for Mac computers, in its most recent update has picked up Core ML-powered auto selective color adjustment and several new filters, such as the Light Leak effect and a bunch of wonderfully simulated depth-of-field looks.

Bumped to version 1.1.4, Pixelmator Pro includes a bunch of smaller but useful improvements, such as the long-awaited ability to copy your effects and adjustments between layers.

The updated app lets you selectively improve an image’s individual colors via an ML-powered Auto button in Selective Color adjustments. To me, the biggest new feature is the ability to copy all effects or adjustments from one layer and paste them onto another with a single click. 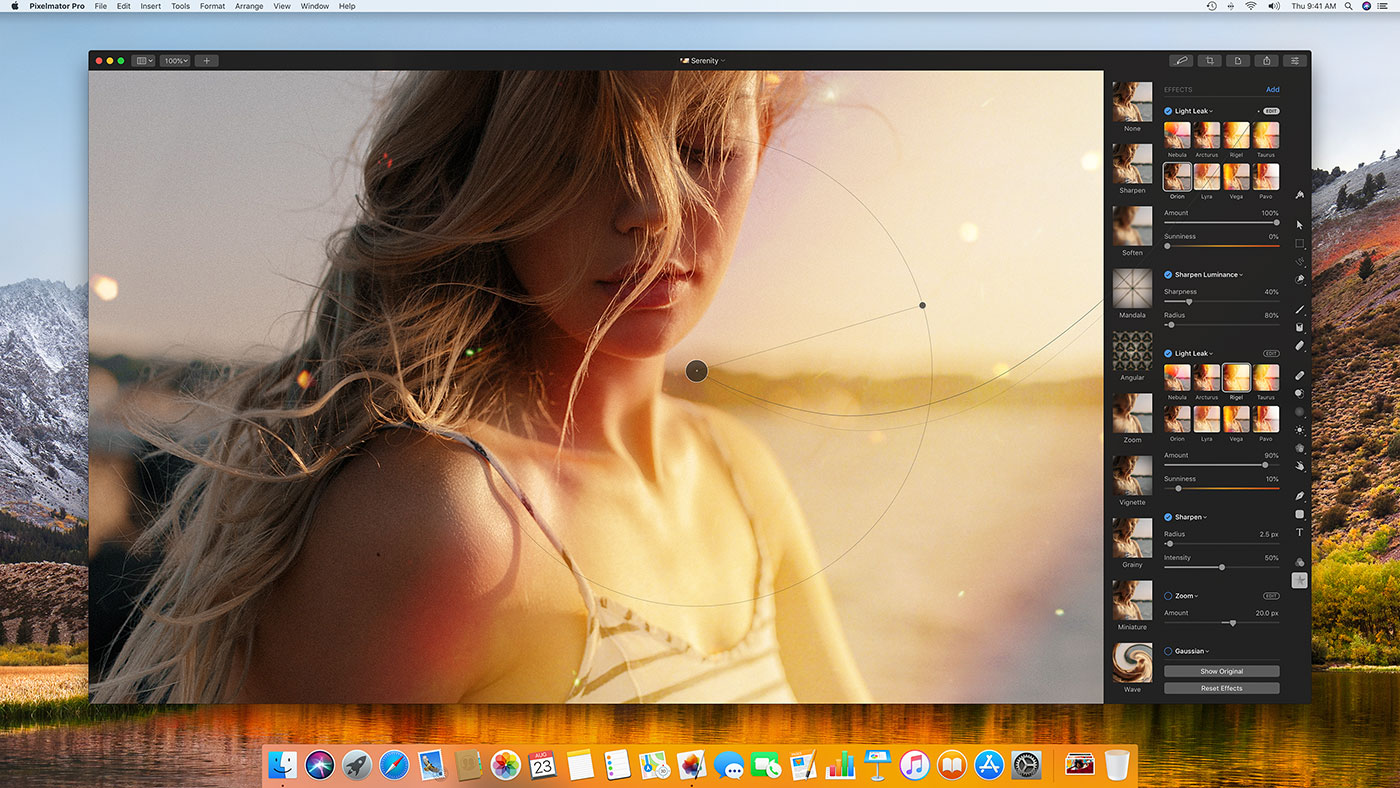 Most people will appreciate the new Light Leak and Bokeh effects.

The Light Leak effect, naturally, makes it a cinch to add a bit of a sunny, old-school feel to your photographs. Developers say it was a favorite effect in the original Pixelmator.

Also new: the DSLR-like Bokeh effect, which simulates depth-of-field by keeping the subject sharp and the background blurry (it was inspired by the Bokeh effect in Pixelmator for iOS).

There are eight stunning bokeh styles to choose from and you can layer multiple bokehs together and edit each one individually knowing you can revert your changes at any time because Pixelmator Pro is a non-destructive image editor.

Other new effects in this update include Spin Blur, Clouds, Noise, Threshold, Mask to Alpha, and several effects from the Tile and Distortion categories of the original Pixelmator. Last but not least, you can now Control-click the histogram when using the Color Adjustments tool to switch to a different type, like RGB, Luminance or Colors.

The full release notes for this update are pretty huge.

This update is provided at no additional charge to existing users.

According to developers, Pixelmator’s forthcoming 1.1.5 update is going to focus on performance in terms of operations such as opening documents, zooming, moving and resizing layers, especially in large images and images with lots of layers.

To mark the beginning of the school year, Pixelmator Pro is having a back-to-school sale with a 50 percent discount on Pixelmator Pro.

Pixelmator Pro is a $29.99 download from Mac App Store.

The regular Pixelmator is $14.99 on Mac App Store.