Depending on how often you take FaceTime or Phone calls on your iPhone, you might find it handy to have your handset automatically accept incoming calls from specific people under specific circumstances.

You can configure your iPhone to answer phone calls automatically if you have iOS 11, but a jailbreak tweak called AutoAnswer X (iOS 11) by iOS developer Elias Limneos provides a better long-term solution with more features and configuration than you could ever dream of receiving in an official iOS update from Apple.

The tweak should sound familiar, and that’s because AutoAnswer is one of Limneos’ classic tweaks developed for earlier versions of iOS. AutoAnswer X is a complete re-write intended for iOS 11 devices, and provides many of the favorited functionalities found in the original tweak.

Upon installation, you’ll find a new preference pane in the Settings app: 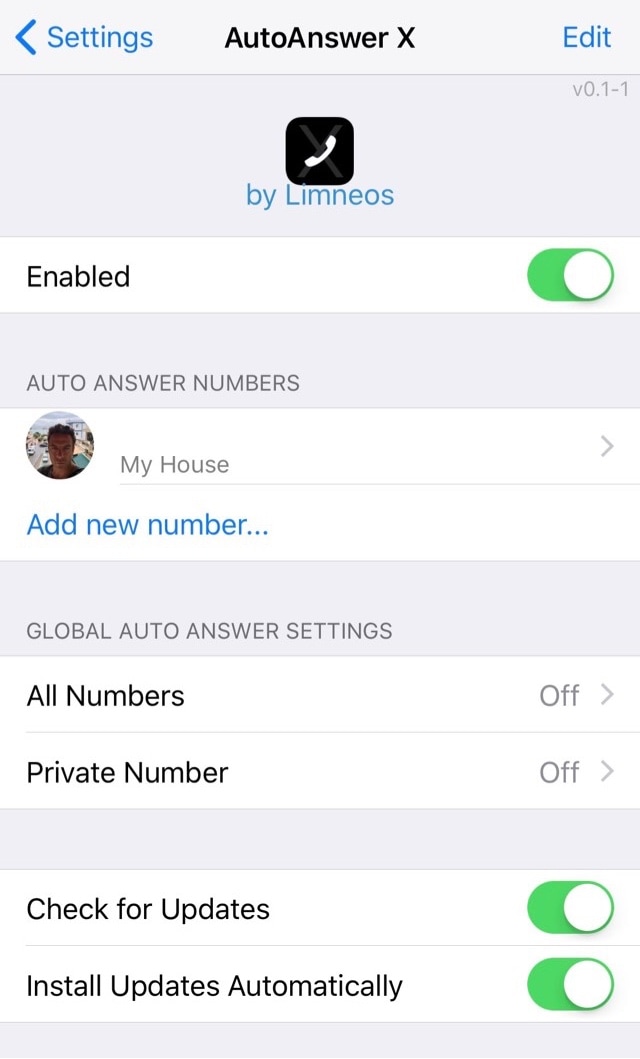 When you go into the configuration for specific contacts and numbers, the preference pane looks something like this:

From here, you’ll be able to:

As the developer points out in Cydia, AutoAnswer X can be used for more than just taking phone calls. It can effectively turn an older iPhone into a multi-room video-enabled baby monitor if you choose to use it for automatically answering FaceTime Video calls. Alternatively, you can use it with your own handset to automatically accept calls from important people when you’re busy driving.

The sky is the limit when it comes to creativity, but use cases vary uniquely from one person to the next. That said, your mileage may vary.

If you’re interested in trying AutoAnswer X for yourself, then you can download it for free from Cydia’s BigBoss repository. Upon downloading it, the preference pane will ask you to purchase a license for $1.97 to activate the tweak. AutoAnswer X works with all jailbroken iOS 11 devices.