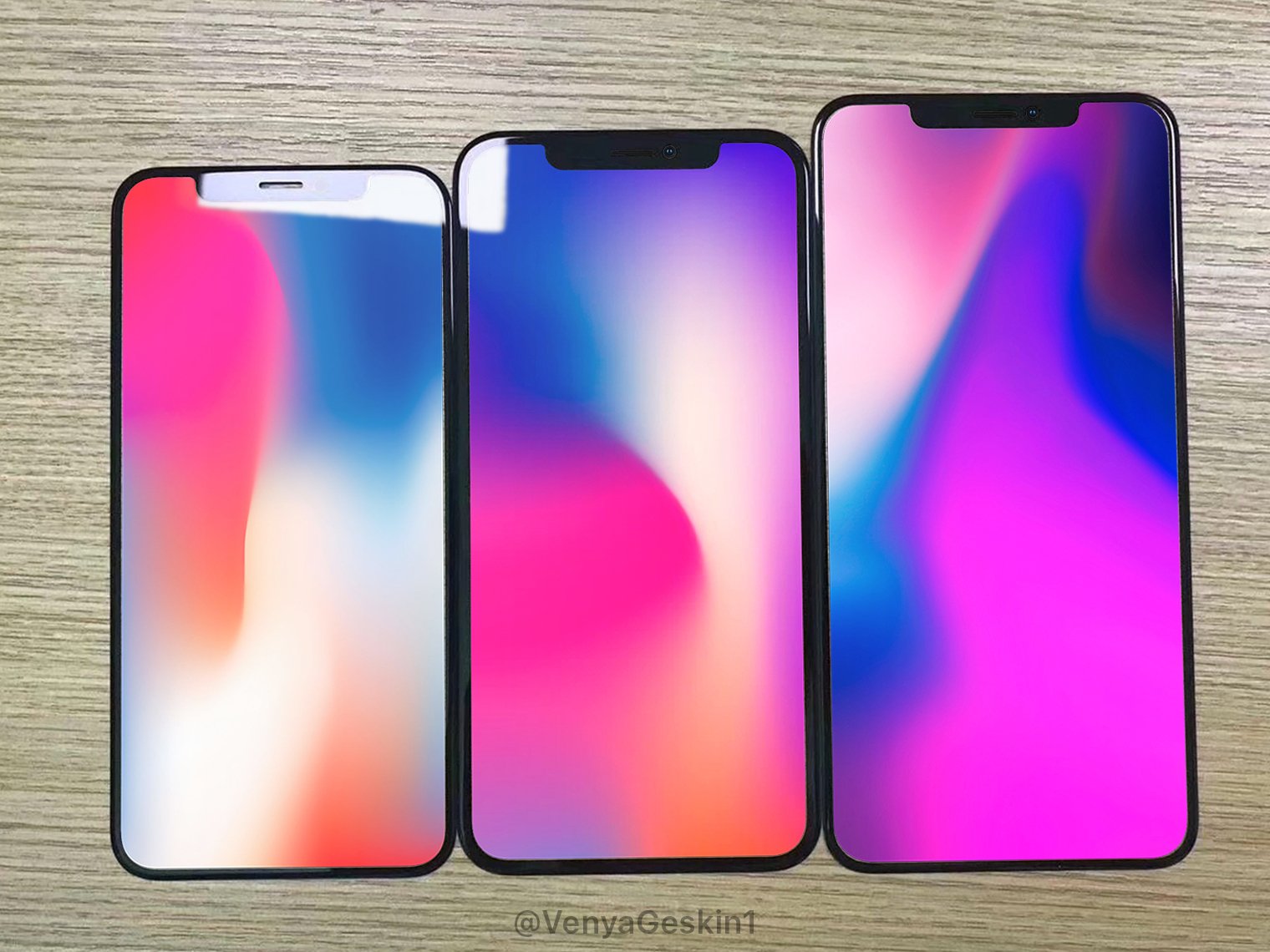 Apple is expected to retire the tenth anniversary iPhone X next month after the handset spent less than a year on the market. Nonetheless, the iPhone X design will live on in the release of three new Apple handsets for 2018.

In a Monday report short on new details, but timely nonetheless, Bloomberg says the three new iPhones will each feature an iPhone X-like edge-to-edge screen design with a glass back. In place of an outward design change, Apple will differentiate the handsets by price, features, and sizes.

Until the arrival of last year’s iPhone X and iPhone 8/8 Plus, Apple had used an “S’ in the title of iPhones released in odd years. These models (the iPhone 3GS, iPhone 4S, iPhone 5S, and iPhone 6S) didn’t offer a design change from its predecessors. Instead, Apple focused on making internal changes to these models.

This year’s high-end 6.5-inch iPhone, internally dubbed D33, will offer a glass back with stainless steel edges and dual cameras on the back. New this year: the model will include the ability to view content side-by-side. The new 5.8-inch model, meanwhile, is expected to offer a better camera and increased processing speeds versus the current model.

Perhaps the most significant changes made this year will occur on the less expensive LCD successor of the iPhone 8. Codenamed N84, the new handset looks a lot like the iPhone X, except for the larger screen and aluminum edges. This model is also expected to be available in multiple colors. A previous rumor said the LCD model would ship in colors similar to the company’s leather cases. However, there has been some debate about which of those colors might be used.

The cheaper version’s aluminum edges won’t necessarily be the same color as the colored glass back, simplifying production, one person familiar with the matter said.

For the two high-end phones, Apple has turned to Hon Hai Precision Industry Co. for assembly. The LCD model is being assembled between Hon Hai and Pegatron Corp. Assembly work on the OLED models began in July, while the LCD model only entered full production this month due to “minor challenges” with the LCD panel.

A July rumor said the LCD model might not launch until October, one month after the OLED models.

Finally, it seems Apple hasn’t decided on a naming convention for this year’s iPhones with Bloomberg noting it has altered the names “multiple times.” It’s possible the new premium phones could feature “iPhone Xs” in the name; it’s also feasible Apple could stop using the “Plus” label for the larger OLED model.

Which 2018 iPhone are you planning on buying? Let us know below.