Keeping your iPhone’s Home screen organized is a cinch with folders. But if you’re looking for a bit more folder customization than Apple provides out of the box, then you might take an interest in a new free jailbreak tweak called PrimalFolder by iOS developer ichitaso.

Citing the tweak’s Cydia description, PrimalFolder was inspired mainly by TapTapFolder, a previous jailbreak tweak by iOS developer QusicS. That said, you can expect to see much of the same functionality with this launch.

Right out of the box, PrimalFolder reconfigures your Home screen’s folders to show the icon of the first app rather than nine smaller icons in a grid. Additionally, the tweak lets you quickly launch the first app in a folder with a 3D Touch gesture or a double-tap.

But that’s not all PrimalFolder can do for you. You’ll find a preference pane in the Settings app where you can customize the tweak’s behavior: 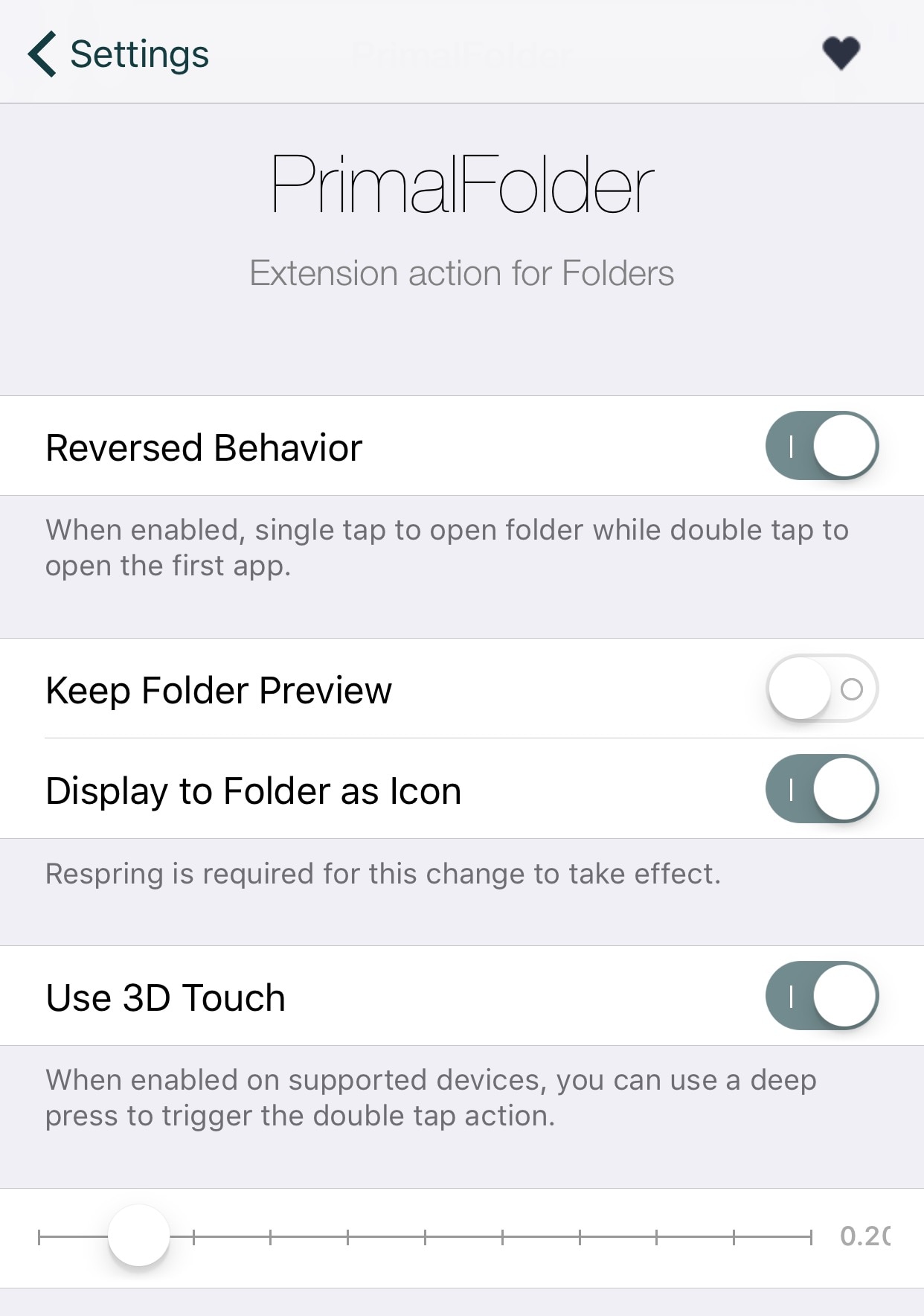 PrimalFolder won’t be for everyone, especially the tidbit that changes the folder icon to match the first app in the folder. But the shortcut gestures are somewhat useful, and it’s a shame that Apple doesn’t offer something like this on a stock installation of iOS.

If you’re interested in trying PrimalFolder out for yourself, then you can download it for free from Cydia’s BigBoss repository. The tweak works with jailbroken iOS 10 and 11 devices.

Have you tried PrimalFolder yet? Let us know what you thought about it in the comments section below.