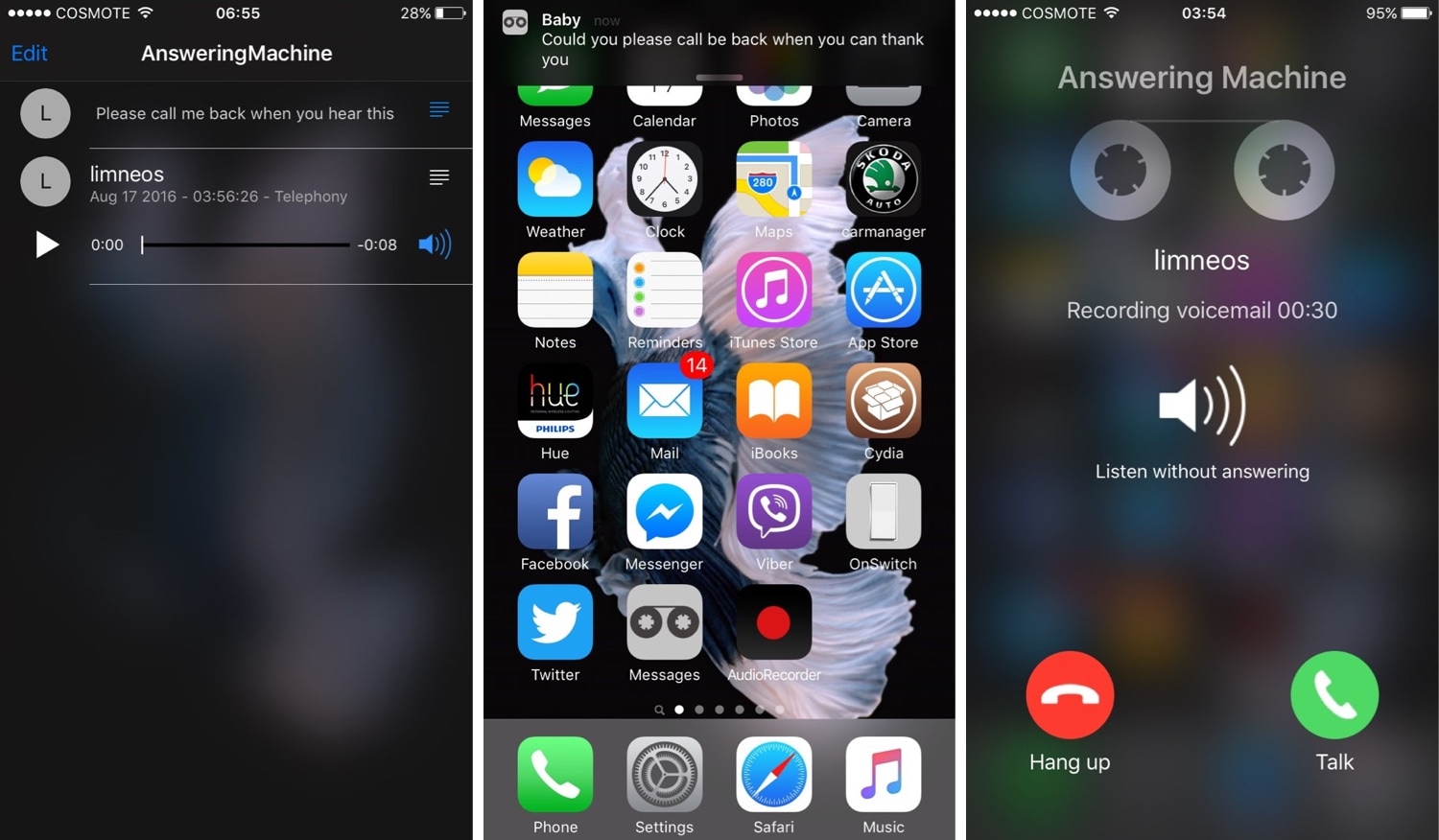 Two years ago, jailbreak tweak developer Elias Limneos revolutionized the way iPhone users interact with voicemail with a release called AnsweringMachine. Now, that very same tweak has been updated with official support for iOS 11, and it has been rebranded as AnsweringMachine X.

AnsweringMachine X reincarnates the legacy of what some might consider one of the best jailbreak tweaks ever devised for the iPhone. With it, users can replace Apple’s joke of a native voicemail handler with something far more useful in terms of functionality.

Among the lengthy list of things AnsweringMachine X brings to the table are:

The tweak adds a preference pane to the Settings app where you can mess around with its settings until you’re satisfied: 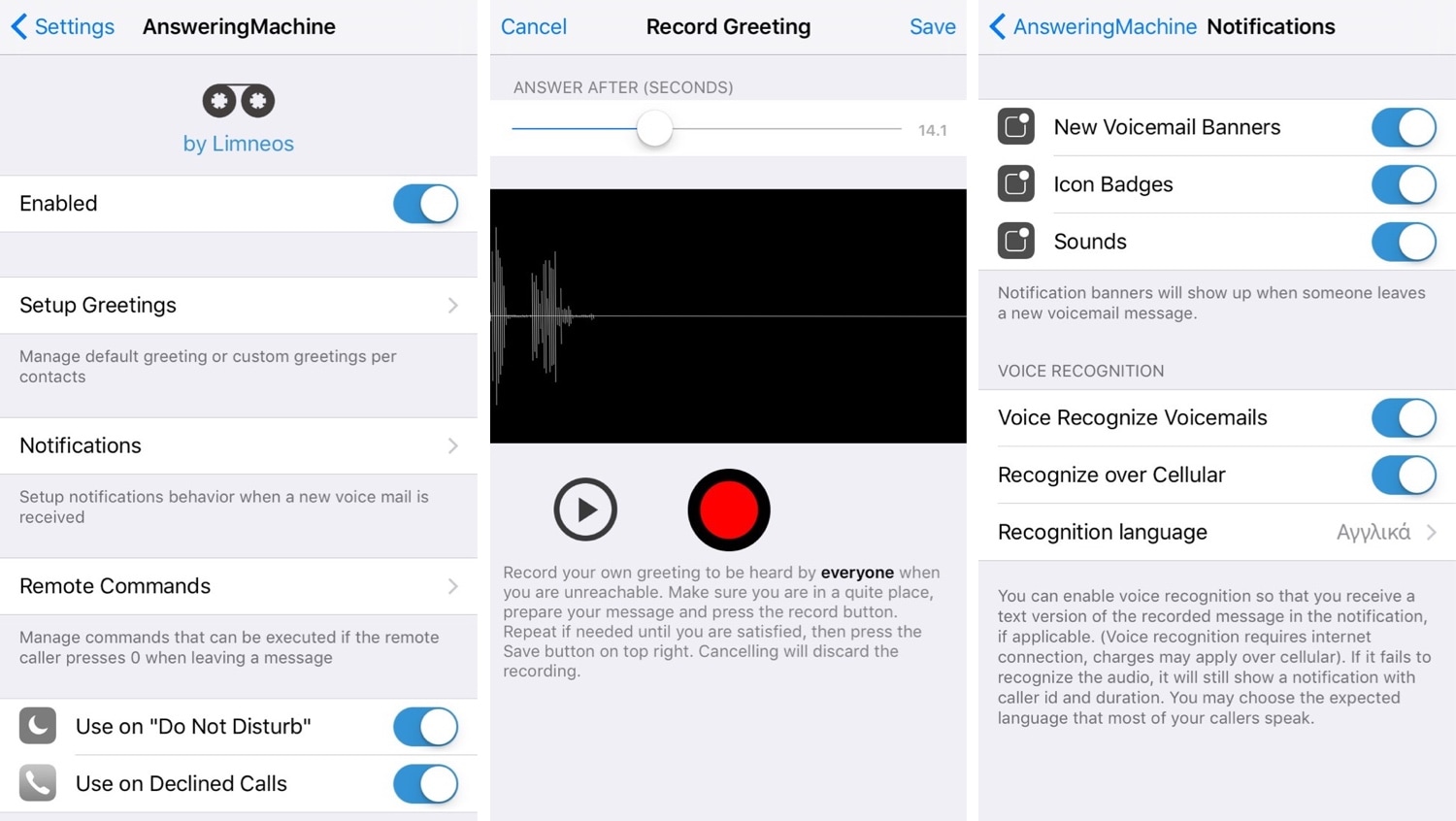 For those wondering, AnsweringMachine X plays nicely with both AudioRecorder 2 and CallBar X, each of which are premium tweaks. Both tweaks mentioned above were also made by Elias Limneos, which speaks to his attention to detail when building tweaks for the community.

AnsweringMachine X’s extensive feature set and utilitarian nature is a testament to a dying age in the jailbreak community. It’s not every day that you open Cydia and find a new tweak that re-invents how you use your iPhone.

If you’re interested in trying AnsweringMachine X, then you can download it from Cydia’s BigBoss repository for free – you will then be prompted in the Settings app to install a license for the week-long introductory price of just $2.98. Unfortunately, there doesn’t appear to be any special discount pricing for those that own the previous version of AnsweringMachine, but the tweak does work on all jailbroken iPhones running iOS 11.0-11.4.2.

What are your thoughts and impressions on AnsweringMachine X? Let us know in the comments section below.