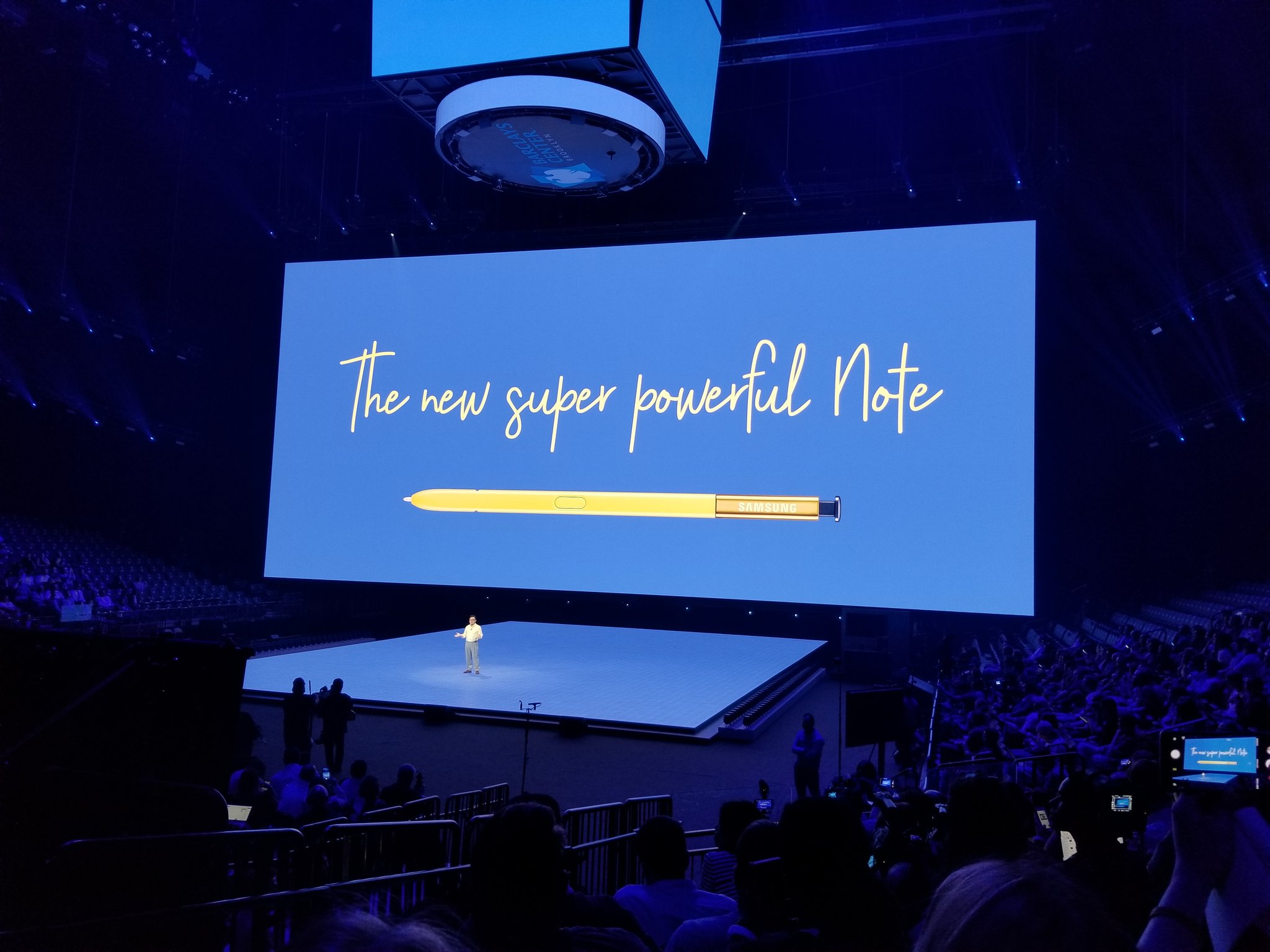 The device is slightly narrower, taller and 0.2mm thicker than Note 8. 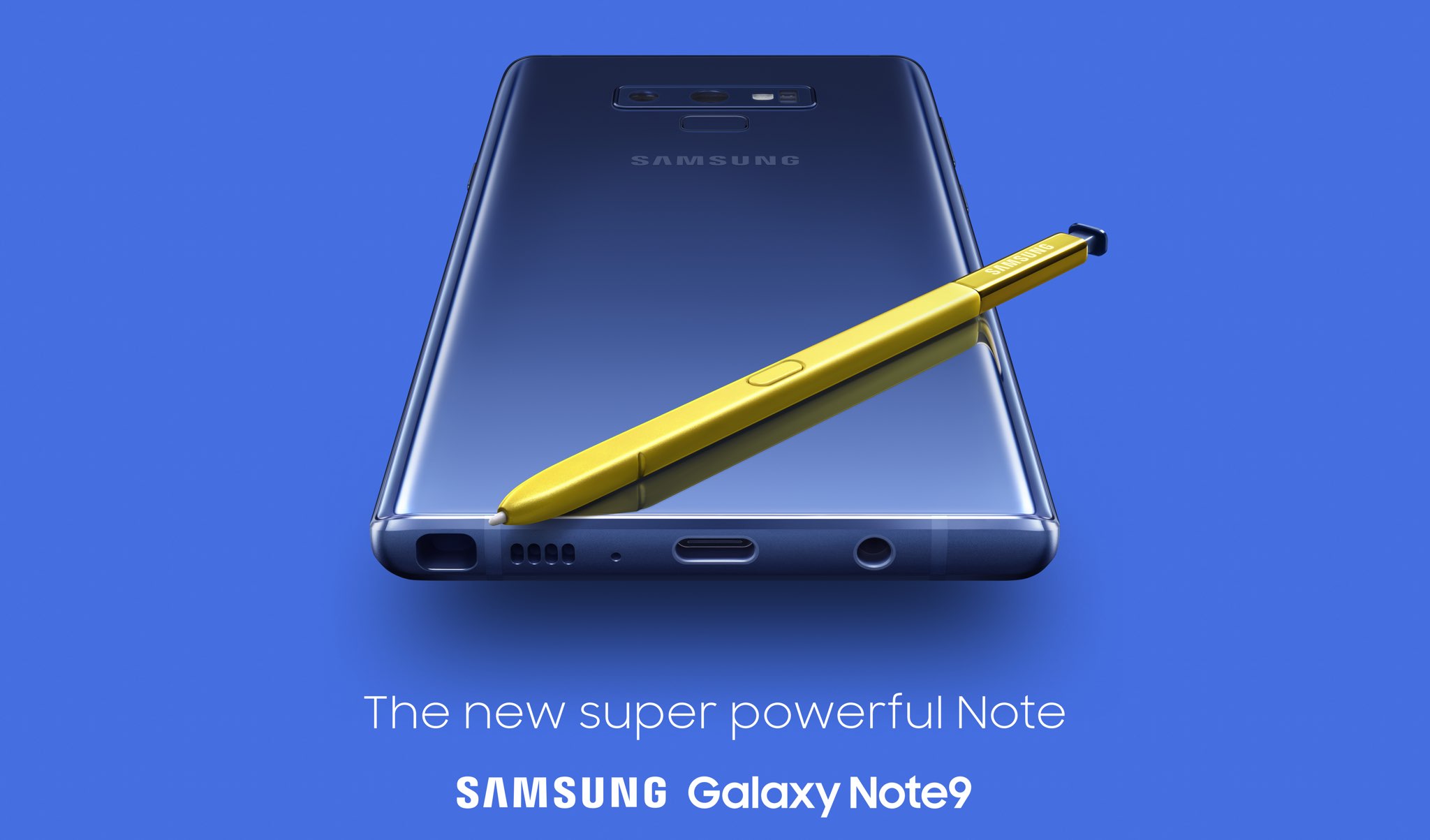 Note 9 also includes louder AKG speakers, a USB-C port for charging and data transfer, a 3.5mm headphone jack, a fingerprint reader on the rear side, Samsung’s useless iris scanner on the front side, IP68-rater water and dust-proofing, the faster LTE Cat.18 standard (up to 1.2 gigabits per second) and more.

Note 9 comes with Android 8.1. As Google earlier this week began making the latest Android 9 Pie available to manufacturers, customers will be able to update their Note 9 to Android 9.

The new Note looks very similar to the previous model and packs in the same 12-megapixel dual-aperture camera module found on the previous-generation Note 8. 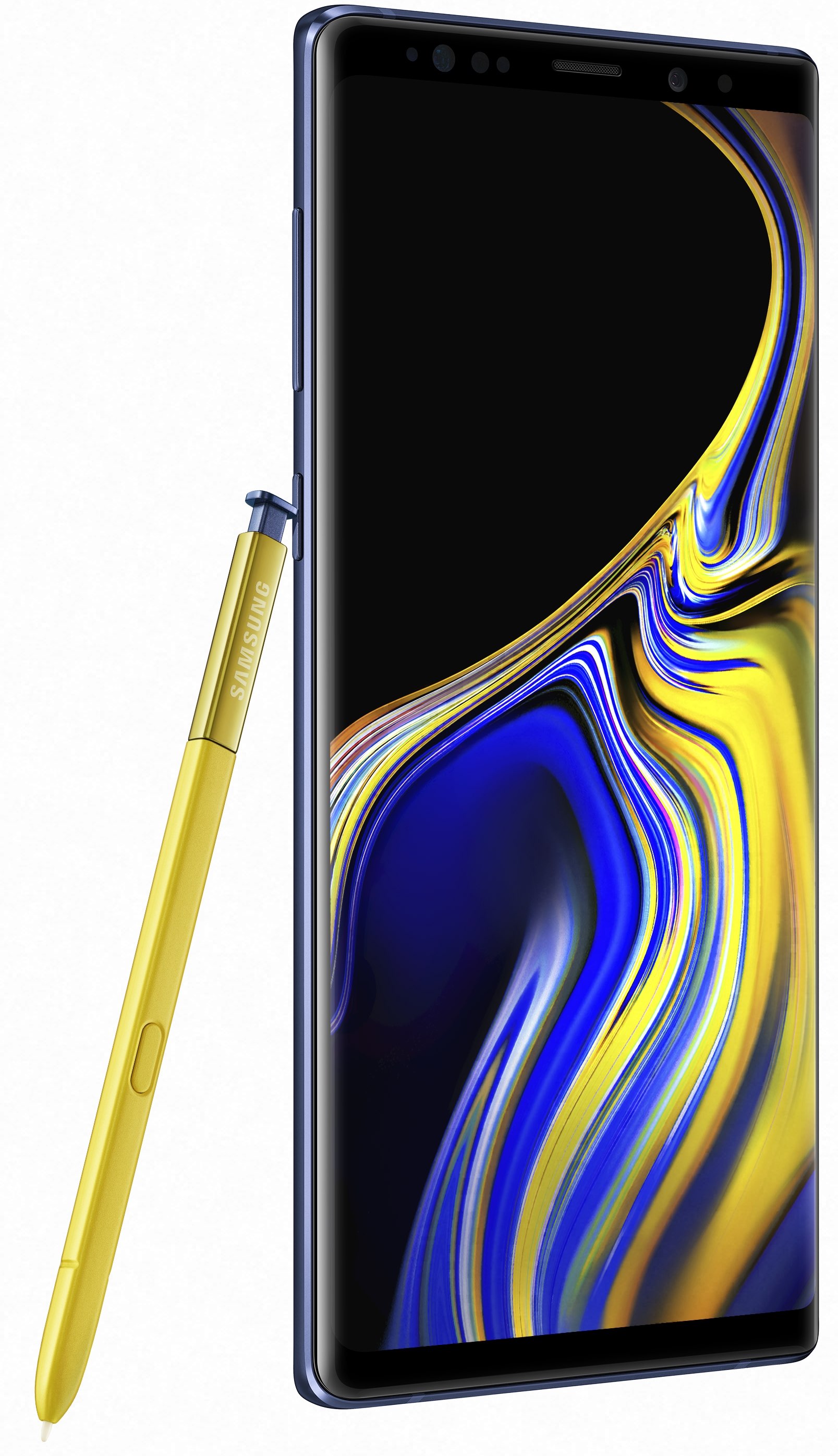 The camera uses intelligence to identify elements of a photo, such as scene and subject, to automatically classify it into one of 20 categories and instantly optimize it based on the category, not unlike iPhone X. And thanks to a new feature called Flaw Detection, the phone lets you know if the photo you just took is is blurry, the subject blinked, there is a smudge on the lens or there’s backlight impacting the quality of the image.

Depending on the market, the new phablet is driven by either Qualcomm’s Snapdragon 845 octa-core processor or Samsung’s own ten-nanometer Exynos system-on-a-chip with either 6GB or 8GB LPDDR4 RAM. A new water carbon cooling system ensures the main chip performs well when playing resource-intensive titles like Fortnite.

Check out the promotional video included below.

The built-in 4,000 mAh battery is the largest ever featured in a Galaxy flagship phone.

S Pen, Samsung’s stylus, now comes in yellow and has built-in Bluetooth Low Energy wireless networking which allows it to be used as remote camera control, pause and resume media playback and more. Thanks to an SDK, developers will be able to integrate S Pen functionality into their apps.

Like other Galaxy devices, the new Note supports Samsung’s DeX docking stations which lets customers use the phone as a desktop computer with a mouse and keyboard and a USB-C to HDMI adapter.

Samsung also unveiled other goodies, like a new LTE smartwatch that looks like the real deal with its circular face and bezel, its own version of Apple’s elusive AirPower Qi witless charger that can charge the watch and the phone at the same time, a brand-new Galaxy Home smart speaker powered by Bixby and featuring Spotify, and more.

Those who missed the big launch event can watch the YouTube video embedded right above to view a replay of the showcase in its entirety.

Available in the 6GB RAM/128GB storage (expandable to 512GB via microSD) and the 8GB RAM/256GB storage flavors (expandable to 1TB via microSD cards), respectively priced at $999 and $1,300, the new Galaxy Note 9 can be had in Midnight Black, Lavender Purple and Metallic Copper with matching S Pen, as well as Ocean Blue with a Yellow S Pen.