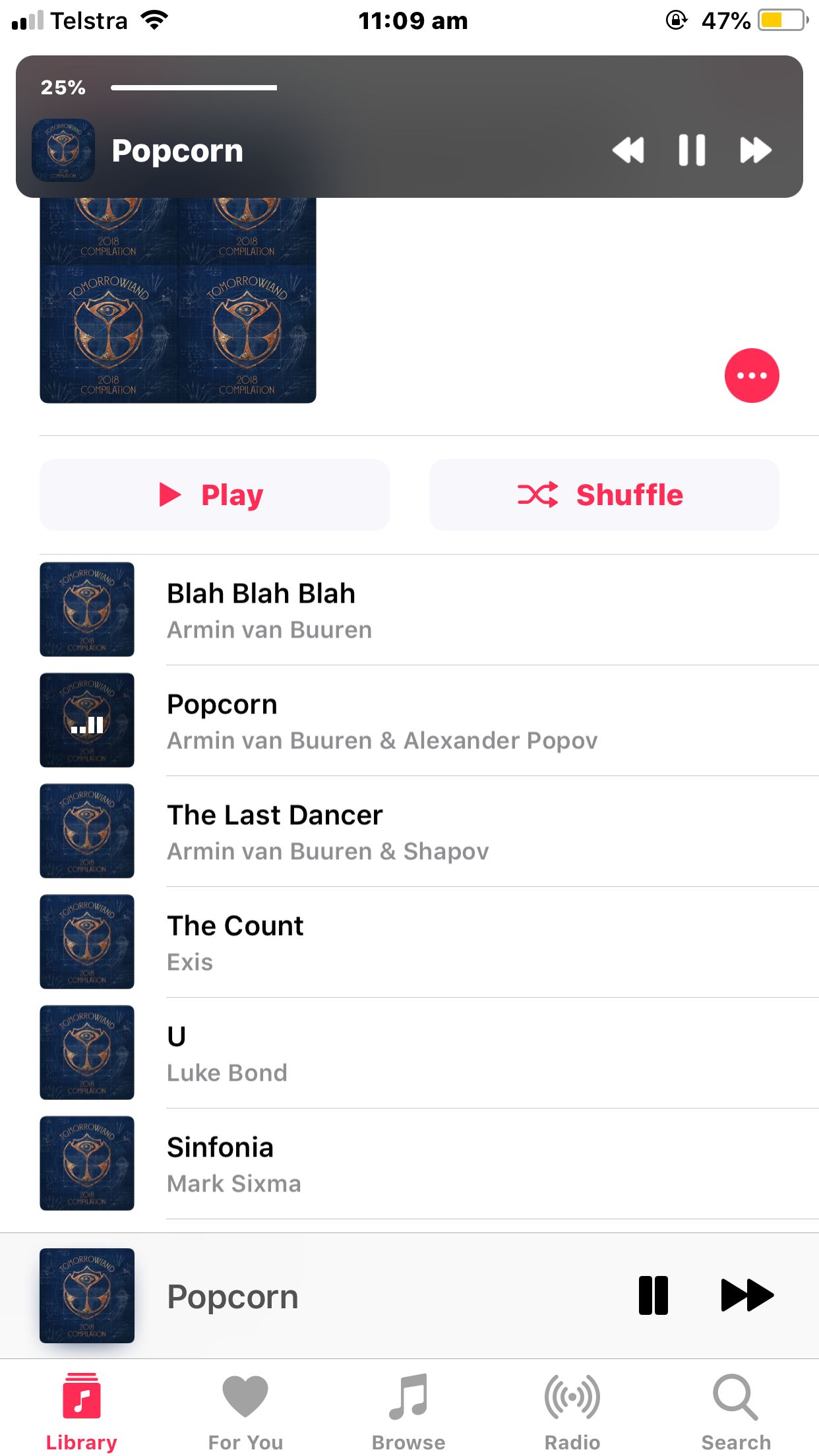 By now, the entire world is screaming about how atrocious iOS’ volume HUD looks. It pops up right in the center of your display, interrupting your workflow for several seconds before slowly fading away.

Innumerable jailbreak tweaks have addressed this situation in the past, but one of the sexiest examples to launch in Cydia as of late is Pascal by iOS developer Antique.

In the screenshot example above, you can see how Pascal replaces the bone-stock volume HUD with a modern interface that you can physically interact with.

Not only does Pascal appear at the top of your display like a notification banner where it can’t hinder your workflow, but it incorporates features that make the volume HUD functionally-useful rather than just being a simple indicator.

You’ll notice that Pascal displays your volume level as a numeric percentage and a progress bar rather than with a series of glowing blocks under a glyph, but it also features integrated music controls and Now Playing information complete with album artwork.

As of now, what you see is what you get; but the developer promises more to come, including:

In its current form, Pascal doesn’t have any options to configure, but we expect that will change as the developer adds new features in the future. Nevertheless, Pascal is a significant improvement to iOS’ stock volume HUD, and it might be worth trying if you’re sick of Apple‘s joke of a volume HUD.

If you want to give Pascal a shot, then it’s available from Cydia’s Packix repository for $1.50. The tweak works on all jailbroken iOS 11 devices.

Do you think Pascal is an improvement to the iOS volume HUD? Discuss in the comments below.