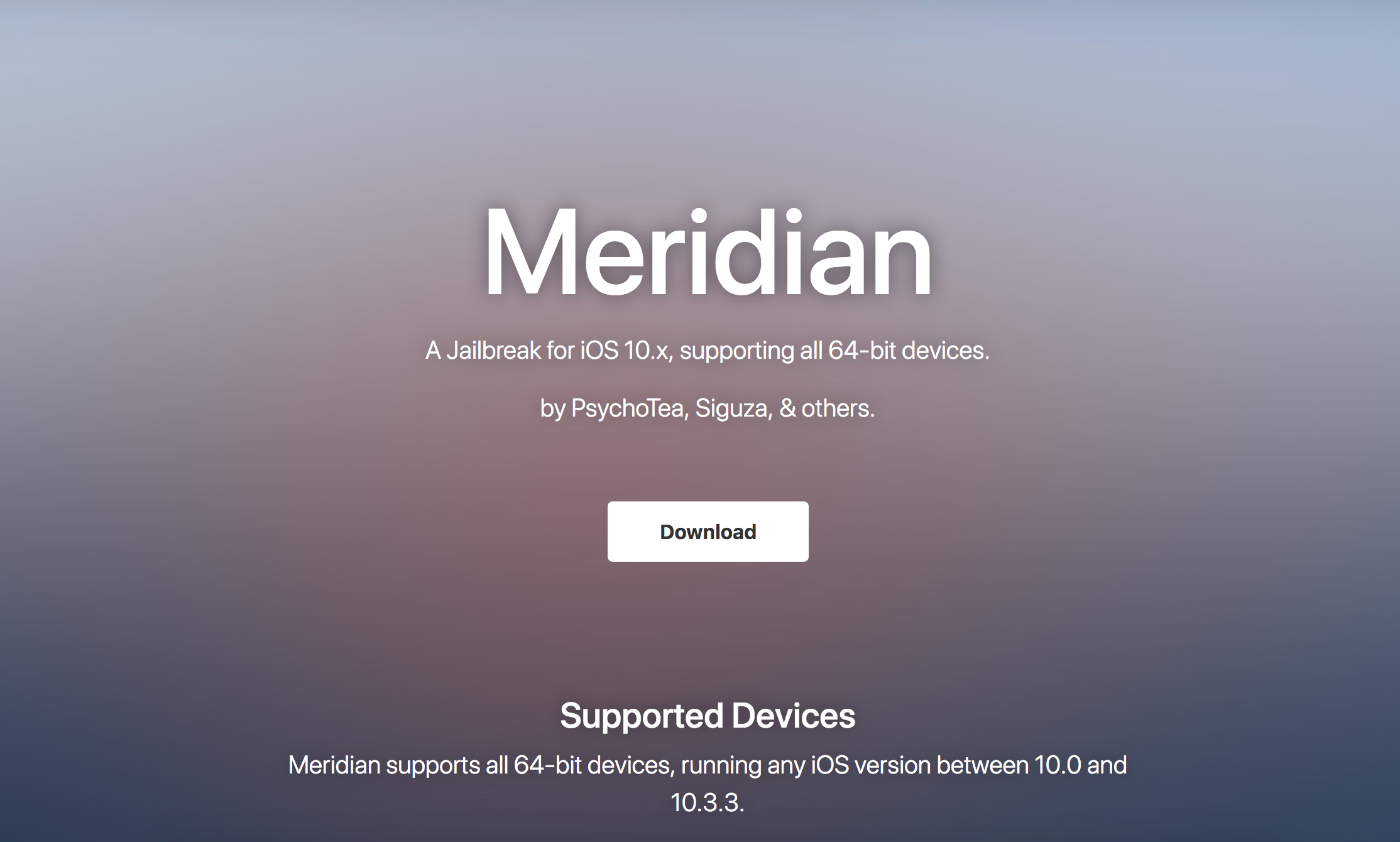 After a lot of hype, the Meridian iOS 10.0-10.3.3 jailbreak tool with support for all 64-bit iOS devices has been released to the public on Tuesday.

Made possible by PsychoTea, Siguza, and various other contributors, the Meridian jailbreak is particularly significant. It works with all versions of iOS 10, whereas Luca Todesco’s Yalu jailbreak tool only supported iOS 10.0-10.2. Furthermore, Meridian even supports the iPhone 7, which Yalu did not.

The Meridian jailbreak, like many other tools in recent memory, is an .IPA file that gets side-loaded onto the user’s device with Cydia Impactor. Once done, the user can trust the app in Settings and then launch it to run the jailbreak tool contained within. 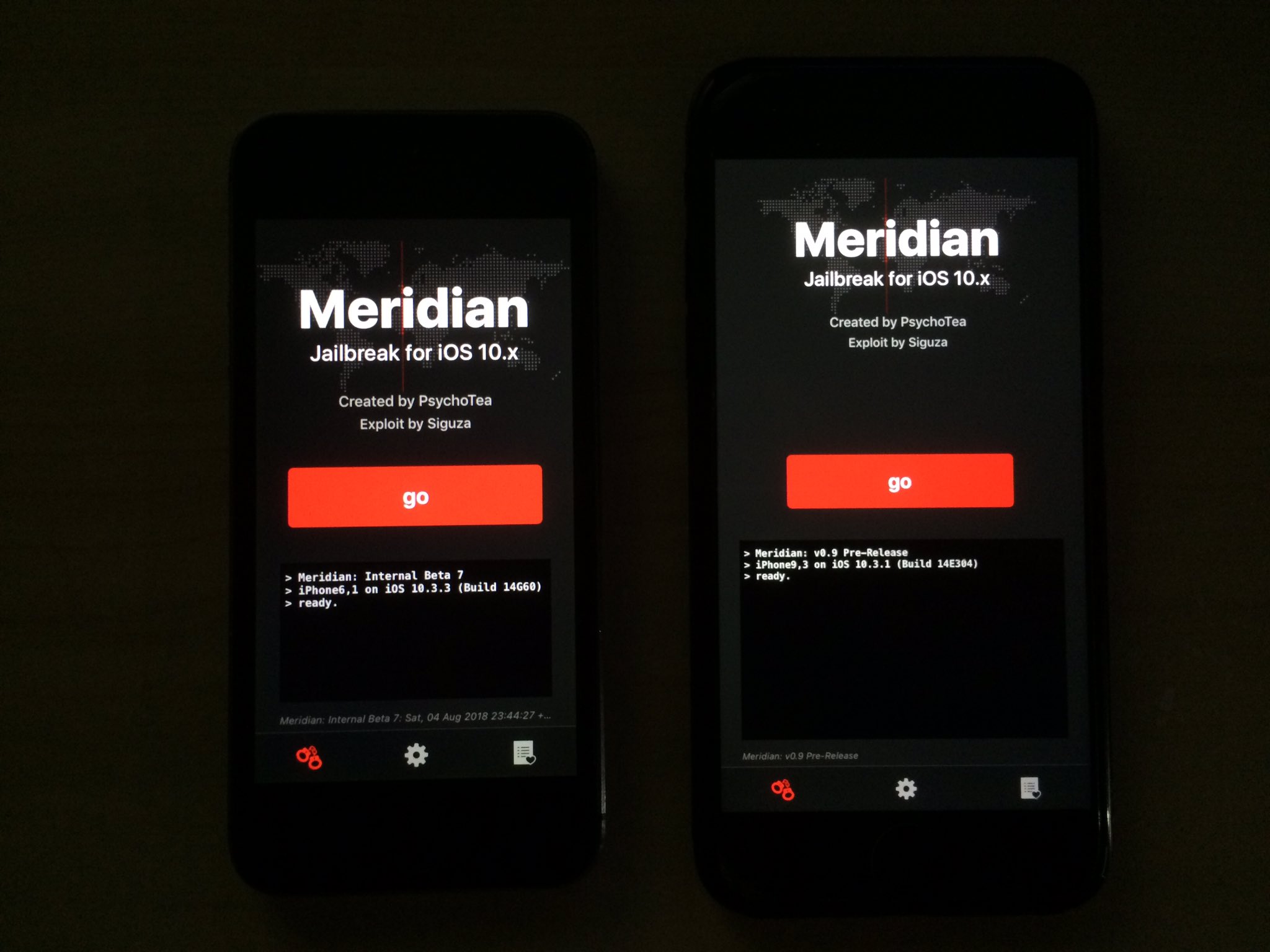 Notably, it’s a semi-untethered jailbreak experience just like Yalu and Electra, so you will need to re-run the jailbreak app from your Home screen every time you reboot your handset.

Those hopping onboard with Meridian might notice that it’s a bit more stable than its predecessor, Yalu. As it would seem, this is because Meridian is a KPP-less (Kernel Patch Protection-less) jailbreak and doesn’t rely on dubious bypass techniques to work correctly.

Although a large percentage of the jailbreak community has moved forward with Electra for iOS 11, Meridian offers a viable option for those that hesitantly stayed on iOS 10.

As of this writing, Meridian v0.9 is in its pre-release stages, but it’s considered “out of beta.” If you’re interested in grabbing it, then you can head over to the official Meridian web site to do so. We’ll have complimentary tutorials shortly.

Are you excited about the release of the Meridian jailbreak? Let us know in the comments section below!