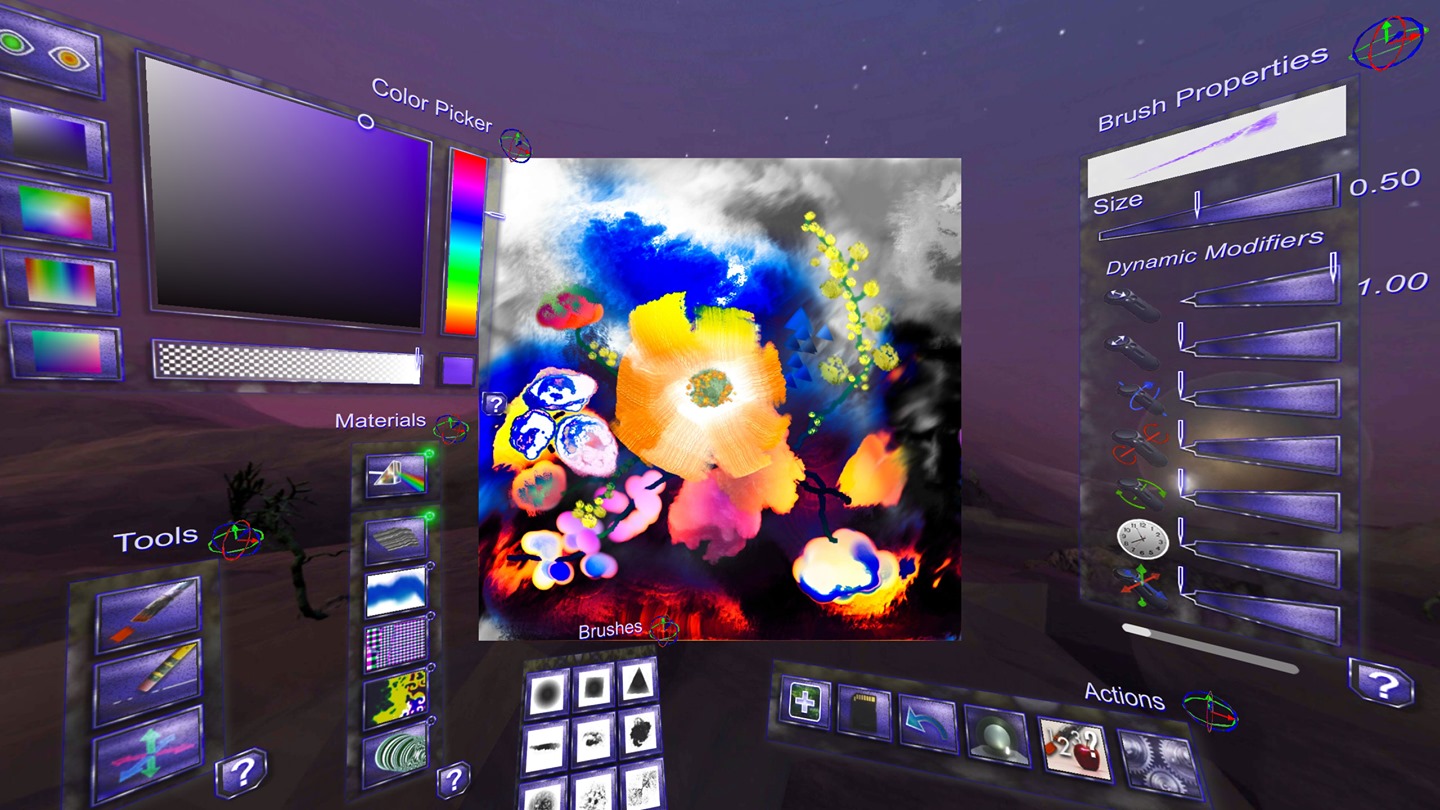 In yet another sign that some kind of an augmented or virtual reality headset with a shiny Apple logo may be in the works, Apple has reportedly hired developer Sterling Crispin who previously built a virtual reality painting app for mobile headsets, called Cyber Paint.

Apple allegedly hired Crispin in May as a prototyping researcher, according to Variety. The move has been likened to Google’s acquisition of the 3D drawing app Tilt Brush.

Recent rumors and reports have reinforced that Apple has been heavily investing into augmented (AR), virtual (VR) and mixed reality (MR) development. The iPhone maker is thought to be working on a combined AR/VR headset that could ship in 2020.

According to the developer, Cyber Paint is a creative tool and a space for self-expression that “uses data as material.” In a nutshell, it’s an app that lets you paint and draw in virtual reality while wearing a virtual reality headset. In Color Rivalry mode, you can create some impossible colors by painting with different colors per-eye.

Check out Cyber Paint in action.

It supports several painting modes like 360-degree photosphere, landscape, portrait and square. You can save your VR paintings to the Camera roll and share them with friends.

The app detects the speed, rotation, touch and twist of your controller and interprets the data to apply the right brush size, opacity, color and more.

Crispin isn’t the first Apple hire with an artistic background.

Last month, it was reported that the Cupertino technology giant had hired YouTube star Mark Rober. He’s been quietly working as a product design engineer for Apple’s secretive special projects group, with a focus on using VR as on-board entertainment for self-driving cars.