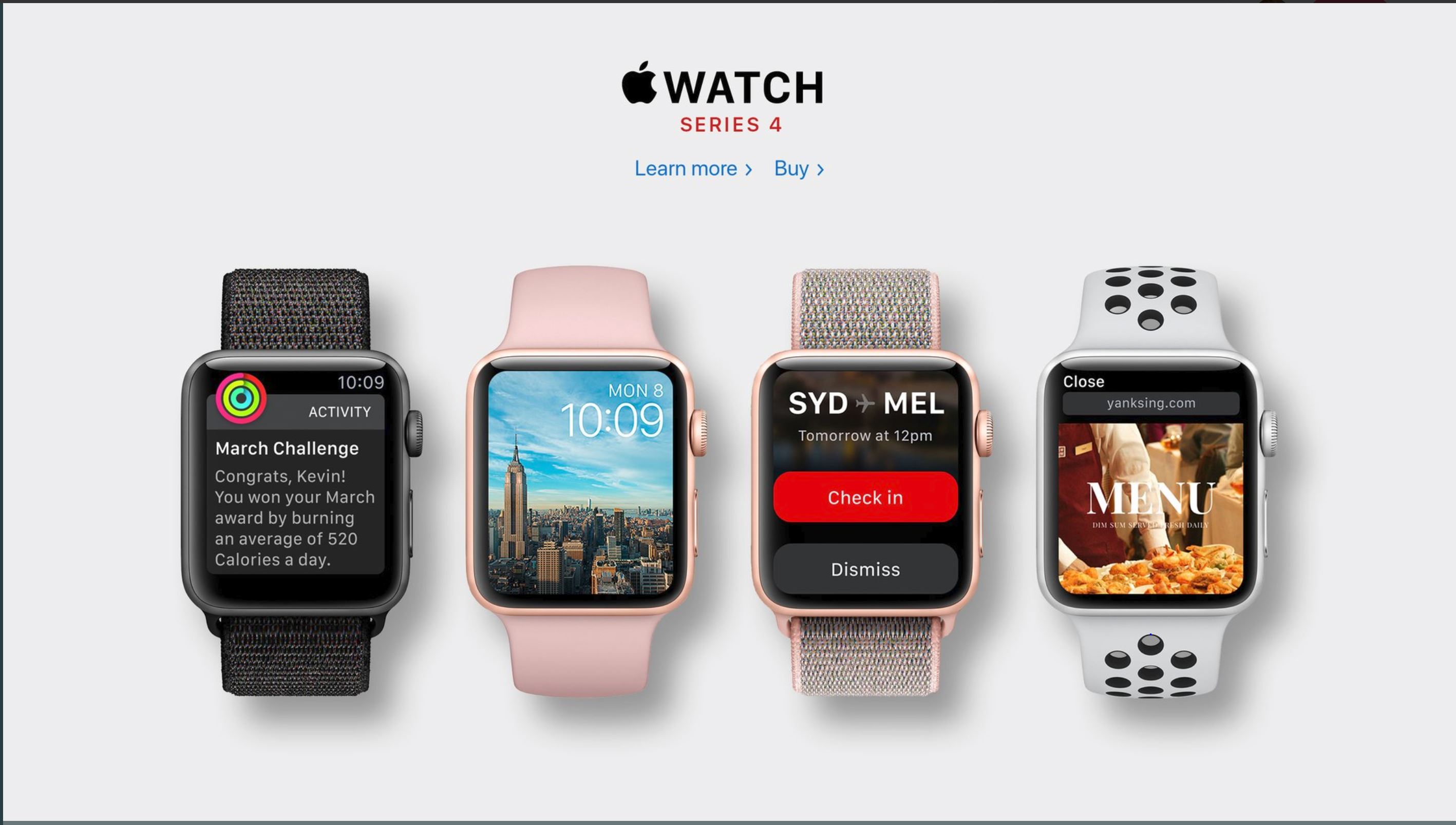 On Wednesday, renowned analyst Ming-Chi Kuo reiterated his belief that the Apple Watch display will grow by 15 percent on the fourth-generation model due this fall. Today, we’re seeing some mockups published showing what the extra real estate could look like on the wearable device.

Over on Twitter, Ben Geskin compares the current Apple Watch Series 3 with the proposed version. As you can see, in this scenario the larger display doesn’t change the watch’s existing physical dimensions. Instead, the bezels have been reduced.

Meanwhile, designer Ryan Jones envisions a 38mm Series 4 with a screen area 38 percent larger than the current model and a 42mm model that has 35 percent more space.

Kuo believes this year’s Apple Watches will be getting larger faces. The two new models could measure 1.57 inches (39.9mm) and 1.78 inches (45.2mm), respectively, and ship with an enhanced heart rate detection feature.

In previous investor notes, the analyst stated the next Apple Watch would feature a “more trendy form factor design,” health sensors “other than heart monitoring,” and a “larger battery capacity.”

One thing that’s probably not changing on this year’s model is the Apple Watch band specifications. Existing bands are expected to fit just fine on the Apple Watch Series 4.

It’s mid-July, which is always the beginning of an exciting time for Apple as new products get ever-closer to being announced and released. Also on Wednesday, Kuo noted that this fall Apple plans on refreshing the iMac, Mac mini, MacBook Pro, and MacBook. The iPhone and iPad Pro lineup should also see changes.

We’ll know soon enough. Apple’s expected to hold a press event announcing new products shortly after Labor Day in the United States, which is on Sept. 3 this year. Whether Apple holds one fall event or two is not yet known.

Are you planning on buying an Apple Watch Series 4 this fall? What other new products are you most excited about seeing?