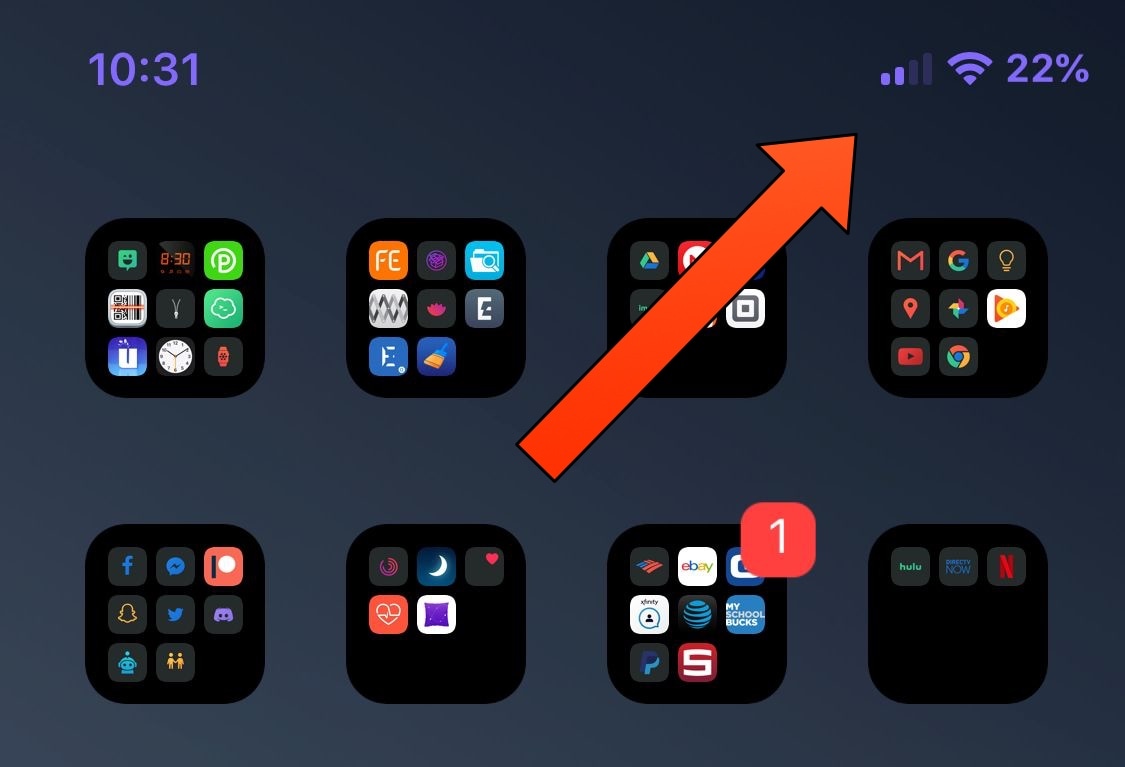 The iPhone X’s notch meant that Apple needed to re-engineer the Status Bar for optimal space-savings. Unfortunately, one of its shortcomings is that it can be difficult to discern whether Do Not Disturb mode is enabled at first glance.

PurpleBar is a new free jailbreak tweak by iOS developer smokin1337 that aims to solve this problem, and it does so by colorizing the Status Bar text purple whenever Do Not Disturb is turned on.

Once installed, PurpleBar enhances your iPhone X in two distinguishable ways: 1) it prevents you from having to launch Control Center to see your device’s Do Not Disturb status, and 2) it makes the Status Bar look cooler.

As simple as it is, it’s an ingenious idea; so much so, in fact, that I’d think most iPhone X users would be excited to see an add-on like this offered for free in Cydia. Then again, not everyone is as particular about their iPhone X’s Status Bar as I am.

If you’re interested in trying PurpleBar out for yourself, then you can download it for free from Cydia’s Packix repository.

The tweak works on iOS 11 and is only intended for jailbroken iPhone X handsets right now, but that could change in a future update.

Do you think PurpleBar adds any discernable improvement to the iPhone X’s Status Bar? Share in the comments below.