If you’re old enough to remember the gold rush that kicked off when App Store opened its doors in July 2008 alongside the iPhone 3G launch, you probably remember Trism.

Created by the former Wells Fargo software developer Steve Demeter, it was one of the first 500 apps to appear on the virtual shelves of the original App Store. The game went on to chart in the Top 10 overall for many months, winning a landslide of industry awards.

Originally priced at $4.99 a pop, Trism raked in a cool $250,000 in its first two months on sale and has seen three million downloads to date. Due to the game’s success, the developer was featured during an Apple keynote in an App Store developer showcase documentary. 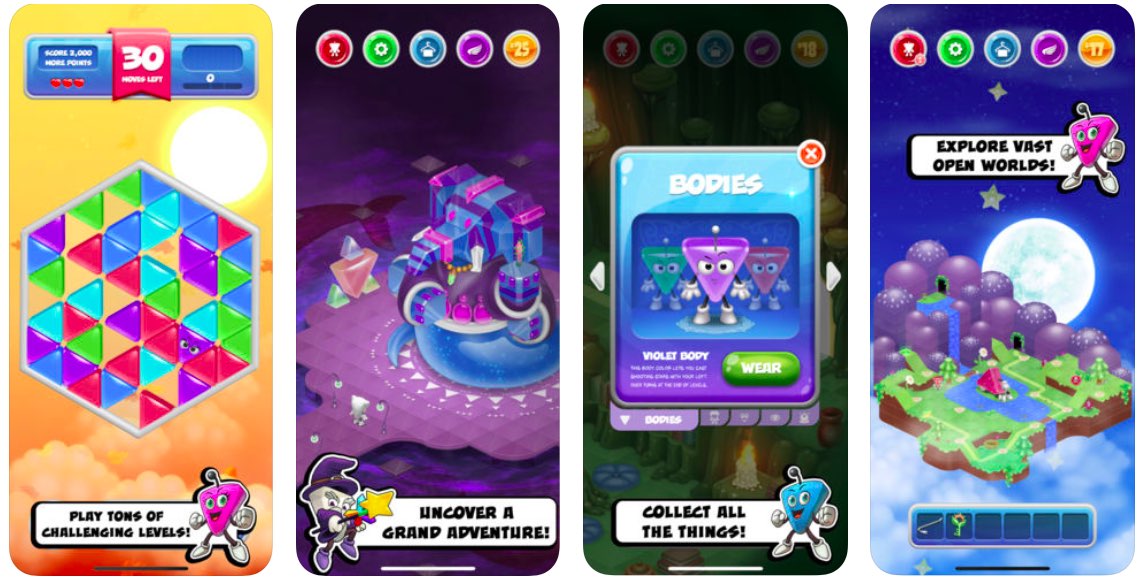 Demeter went on to work for Storm8 and later FoxNext Games, which has helped him release the official Trism sequel in time to coincide with the 10th anniversary of App Store.

Watch the promotional trailer for Trism 2 embedded right below.

“Offering a level of vision and uniqueness that could only be achieved via an indie passion project, Trism 2 boasts a fully interactive open world, deep narrative storyline, branching subquests, multiple endings, and episodic content,” reads the blurb.

Variety has an interesting in-depth profile of Steve Demeter, if you’re interested.

For those wondering, the original Trism remains available to purchase on App Store, priced at $2.99, and yes—it still does run on the latest hardware and software, including iOS 12, although it’s unoptimized for bigger iPhones.