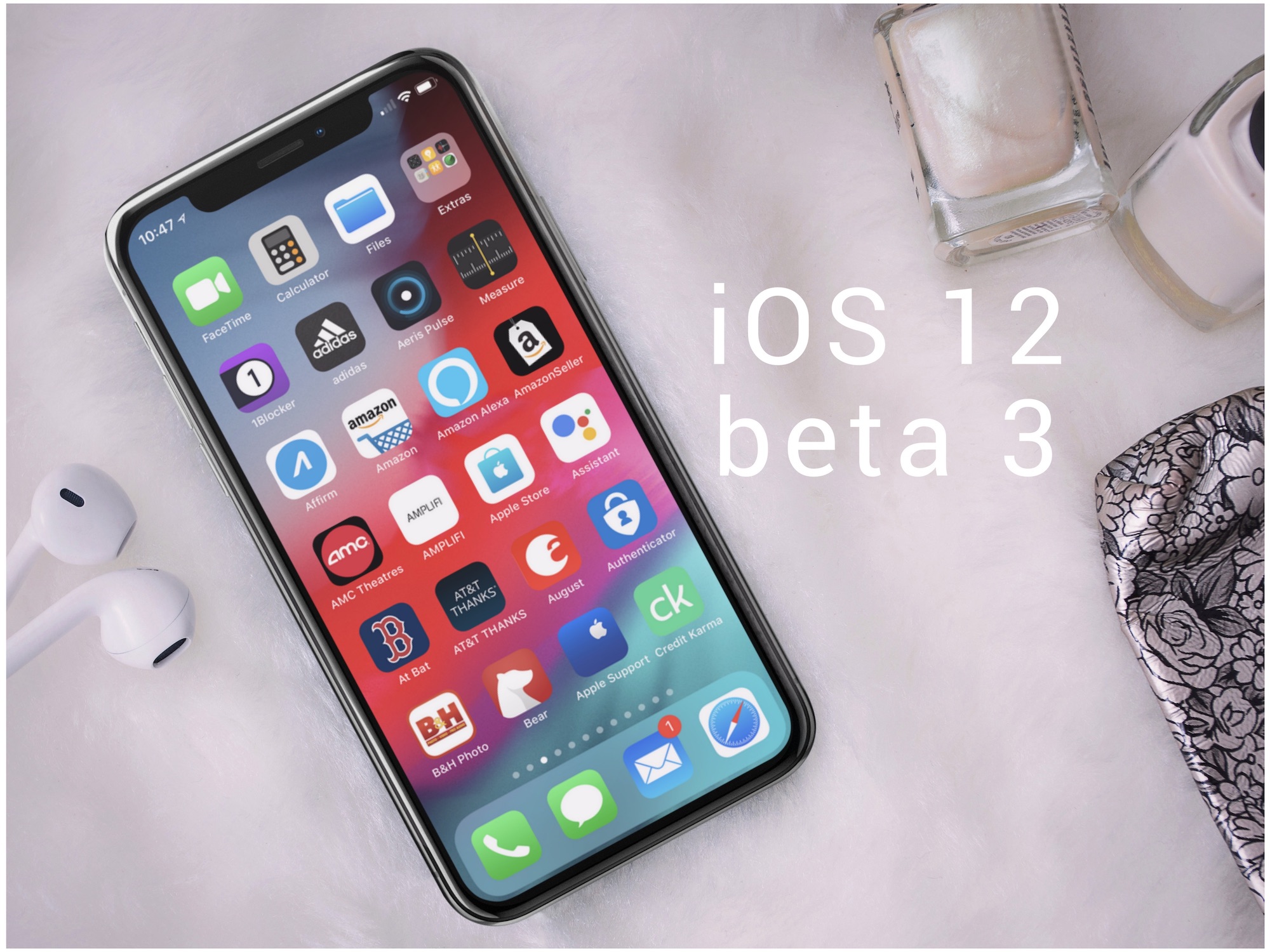 Apple has released iOS 12 beta 3 for developers. The software update arrives two weeks after the second beta was released. Developers can get the update from Apple’s site or over-the-air (OTA).

First announced on June 4, iOS 12 includes under the hood improvements and new features to boot.

ARKit 2 brings new tools to the platform, including native Adobe Creative Suite integration, and an all-new Measure app, while search refinements in the Photos app includes a  new section called For You where you’ll find sharing suggestions.

Siri is also getting smarter in the update thanks to the introduction of a Workflow-like app.

Apps updated in iOS 12 include News, Stocks, and Voice Memos. The iBooks app is now called Apple Books. It comes with lots of new features and sections.

Screen Time will help you keep track of how much time you and your kids are spending on iOS devices.

With Memojis, you can now create your own personal Animoji. The iOS 12 update also includes new Animoji faces and features too.

Apple’s expected to release iOS 12 alongside tvOS 12, watchOS 5, and macOS Mojave this fall.