You may soon be able to snooze specific keywords in your Facebook News Feed for 30 days.

The feature is presently being tested with a subset of Facebook users.

The social network has supported snoozing people as a way of decluttering the News Feed since December 2017, and now they’re testing a new keyword snooze capability for News Feeds, pages and groups. The option labeled “Snooze keywords in this post” is readily available through the three-dotted menu in each posts’s top-right corner. 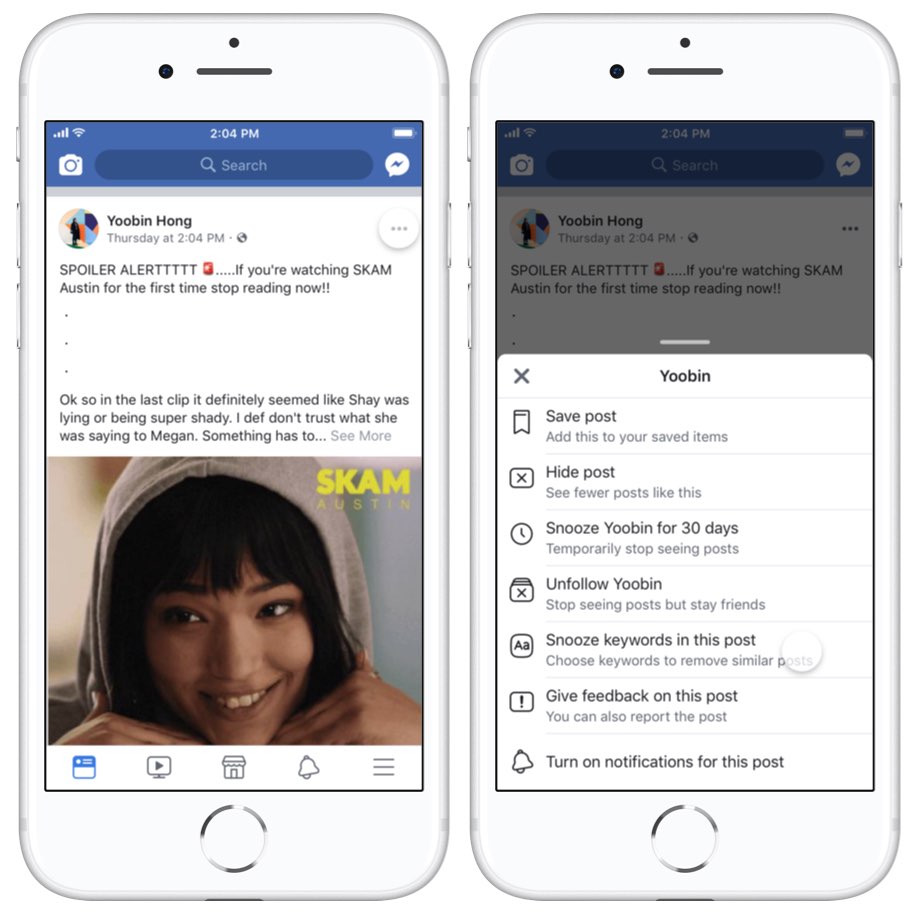 You can snooze one or multiple keywords, but not ads.

Located in a post’s upper right-hand menu, the feature gives people the option to temporarily hide posts by keywords, which are pulled directly from text in that post.

If you choose to snooze a keyword, you won’t see posts in your News Feed containing that exact word or phrase from any person, Page or Group for 30 days.

In other words, fewer spoilers.

Snoozing a keyword removes posts from your News Feed containing that word. 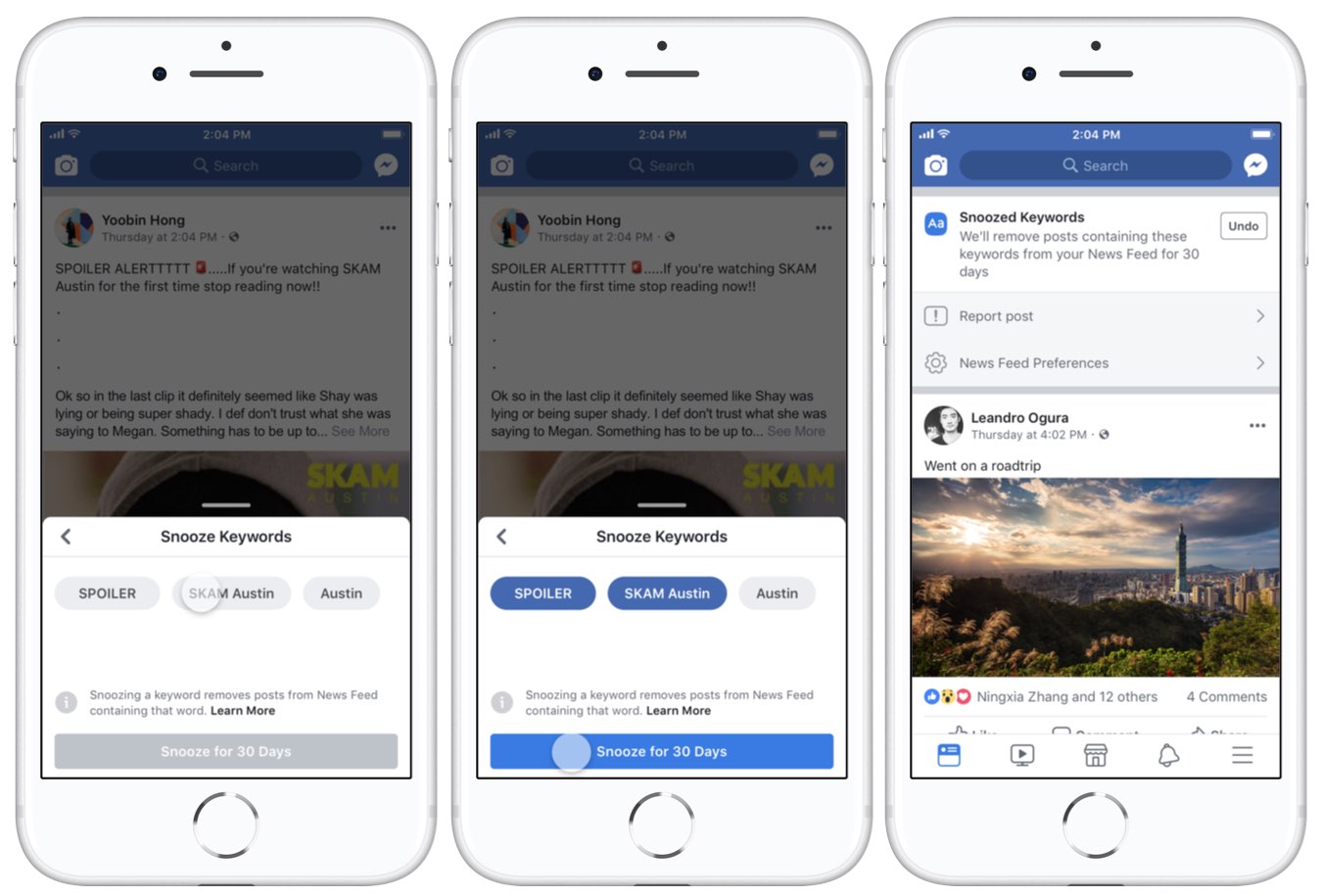 Tapping that menu reveals a list of nouns from the post you might want to nix, without common words like ‘the’ in the way. So if you used the feature on a post that said ‘England won its World Cup game against Tunisia! Yes!’, the feature would pull out ‘World Cup’, ‘England’ and ‘Tunisia’.

Select all that you want to snooze, and posts containing them will be hidden for a month. Currently, the feature only works on text, not images, and won’t suggest synonyms you might want to snooze as well.

A Facebook spokesperson said they will consider expanding the 30-day limit “if we’re hearing from people that they want more or less time.”

Bringing order to your News Feed

I’m liking the idea of keyword-based snoozing for my News Feed.

Don’t you hate it when you stumble upon a spoiler in your News Feed before you’ve watched the last episode of the season? I can’t remember the number of times I’ve had one of my Facebook friends reveal the ending of a movie sequel I was planning on watching.

It’s presently unclear whether or not keyword-based snoozing will help prevent future heartaches like these, or if it’s simple enough to use to catch on with customers, but it’s a good place to start. According to the company, a small percentage of users may see the keyword snooze button ahead of a wider rollout in the coming weeks.

Would you use the keyword snooze feature on Facebook? If so, what for?