When it launched the live news and live sports sections in its TV app, Apple also promised to bring additional content providers on board, and today they’ve made good on that promise by switching on live sports and live news content for customers in Canada.

Just in time for the World Cup

The additions, just as the 2018 FIFA World Cup begins, permit Canadian customers to use the TV app on their iPhone, iPad or Apple TV to tune in to live sports content and check out live news from several supported providers in one place.

OPINION: Should the Apple TV Home screen and TV app merge to become one?

The following live sports providers are supported, according to Apple:

Users must install official tvOS apps from these providers and networks on their Apple TV 4K or fourth-generation model in order to be able to browse that content in the TV app. Some apps require a subscription or cable authentication to stream games. 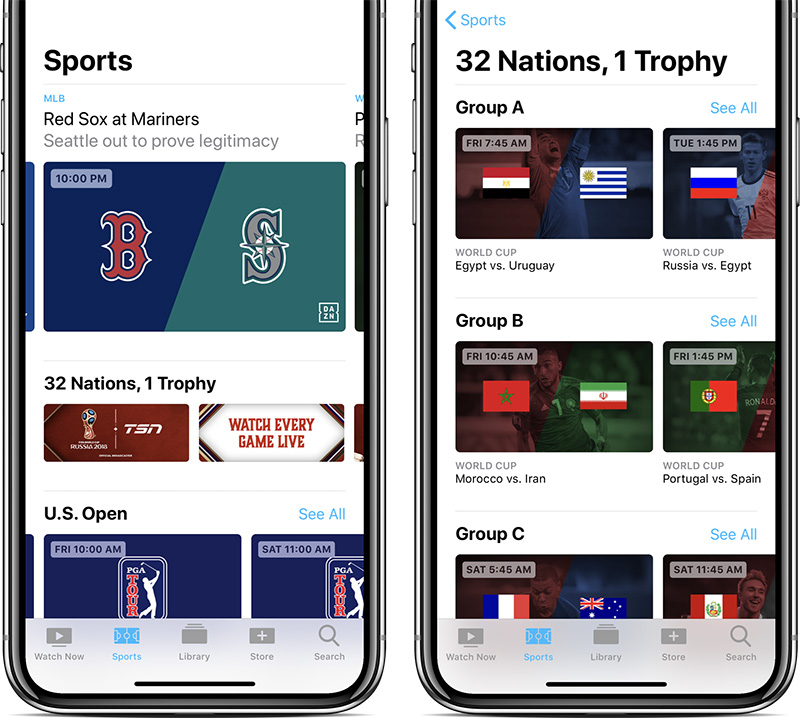 As for live news, supported providers include CBC News (free with ads, $4.99 per month without ads), CTV News Go (a cable authentication is required) CNN, BNN Bloomberg and online news network Cheddar, as noted by MacRumors.

The app lets you browse content from over 60 video services without switching from one app to the next. Although tuning in to a live stream yanks you out of the TV app and into a corresponding network app, you can still get loads of relevant information without leaving it.

For instance, folks in Canada and other supported countries like Brazil, Russia, Denmark, Finland, Malaysia, Turkey, Thailand, Saudi Arabia and Israel can ask Siri for real-time updates, to tune into a specific game or request scores, schedules and team rosters via queries like “Who is on the Canada squad?” or “What teams are in group A?”

To get the most from the TV app, be sure to check out our tutorials: